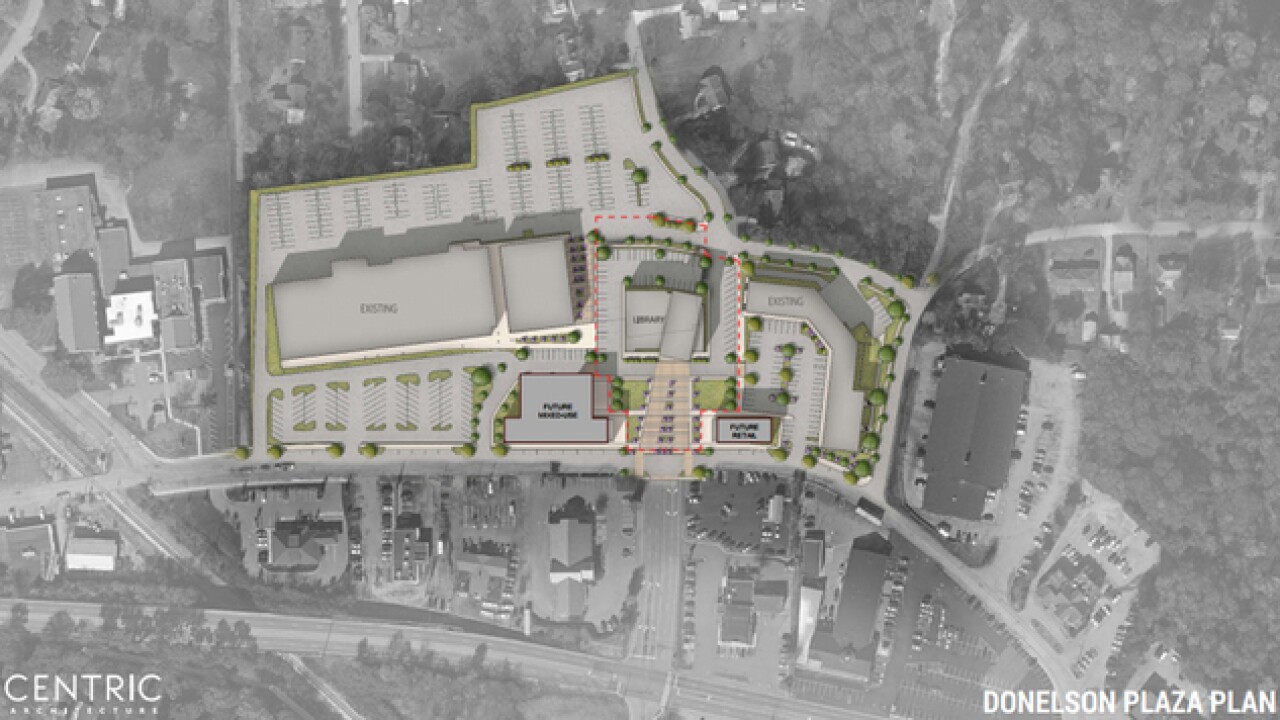 Plans for the revitalization of the Donelson plaza show the new Nashville Public Library branch at its center.

Demolition is expected to begin this week. It will clear the tract of the plaza for the library to be built.

Holladay Properties unveiled its plans Tuesday, saying they aim to keep the spirit of the Plaza alive, while updating it and extending its lifespan for decades to come to the benefit of the Donelson community.

“We plan to transform Donelson Plaza into a walkable town center, and in doing so, to rekindle the historic center that’s long been a hub of the Donelson community,” said Benton Smothers, Vice President of Development for Holladay Properties’ Nashville office. “A lot of thought and energy has gone into making this a long-term, generational vision and we’re delighted to have the library as civic anchor.”

Planned improvements for the property currently include:

These improvements will occur in multiple phases, with demolition work of unoccupied portions of the Plaza beginning imminently. Infrastructure work and improvements to the existing retail buildings will begin in 2019, with the groundbreaking of the Nashville Public Library Donelson Branch expected in 2020.

During construction, Donelson Plaza will continue to operate with all businesses remaining open and active.