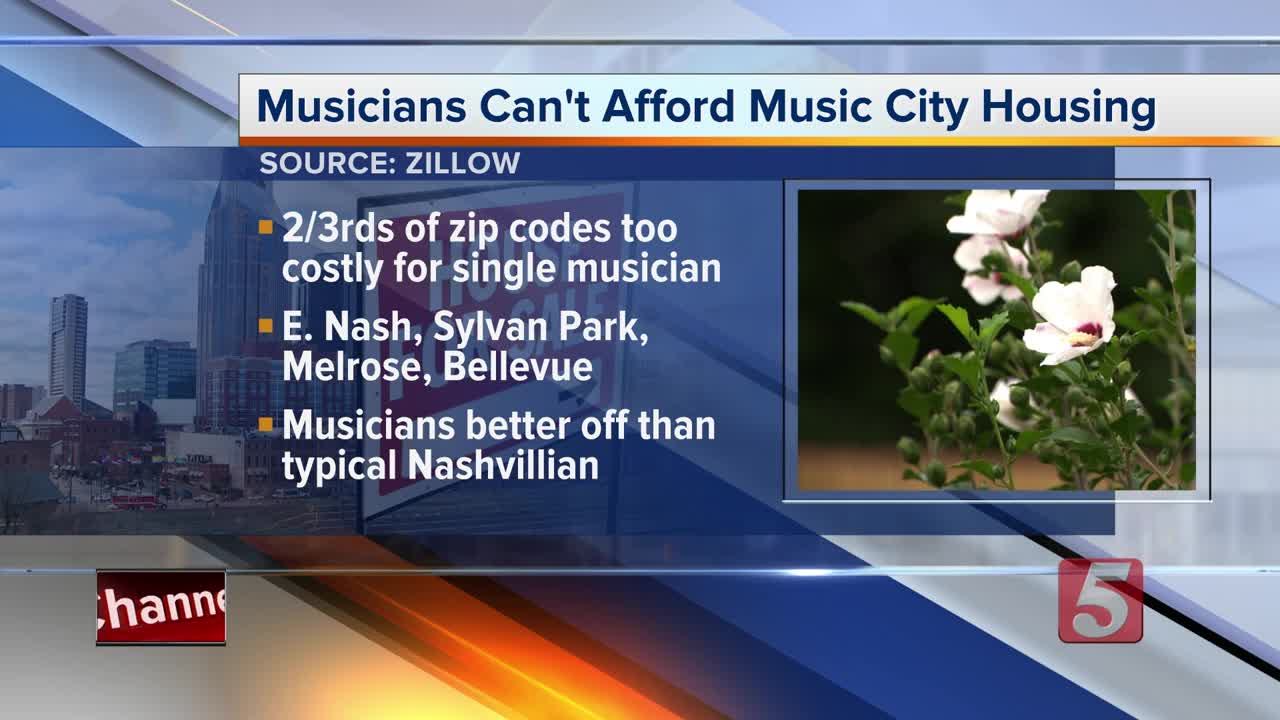 The people that make Nashville the Music City are having a hard time finding an affordable place to live.

NASHVILLE, Tenn. (WTVF) — The people that make Nashville the Music City are having a hard time finding an affordable place to live.

New research finds musicians can't afford the real estate in two-thirds of Nashville. Researchers used the rule of thumb that you shouldn't put more than 30 percent of your income toward paying for your house.

If a musician or singer wanted to buy a house on their own in one of 23 Nashville-area zip codes, it's likely they would struggle to afford their mortgage. That's the case in several Metro neighborhoods, communities farther out from the downtown and a handful of places outside of Davidson County.

According to Zillow, all three of the professions in the image above can afford median mortgage payments in every other zip code.

The study also revealed renting may be even harder for a musician looking to live on his or her own. Zillow found only six zip codes in Nashville where musicians and singers could afford rent.

In any case, to afford housing in Nashville, you're more likely to have money left over if you're splitting the cost with other people.