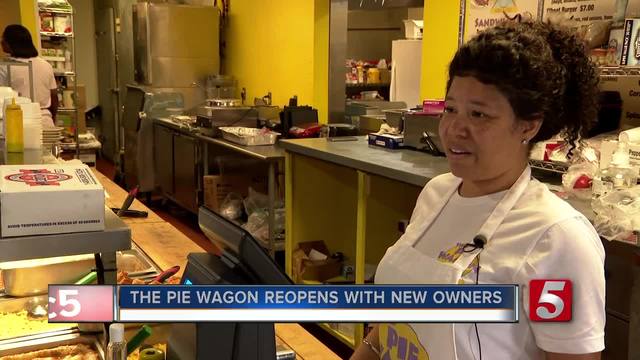 Nashville's second-oldest restaurant, The Pie Wagon, has reopened after shutting it's doors in April. 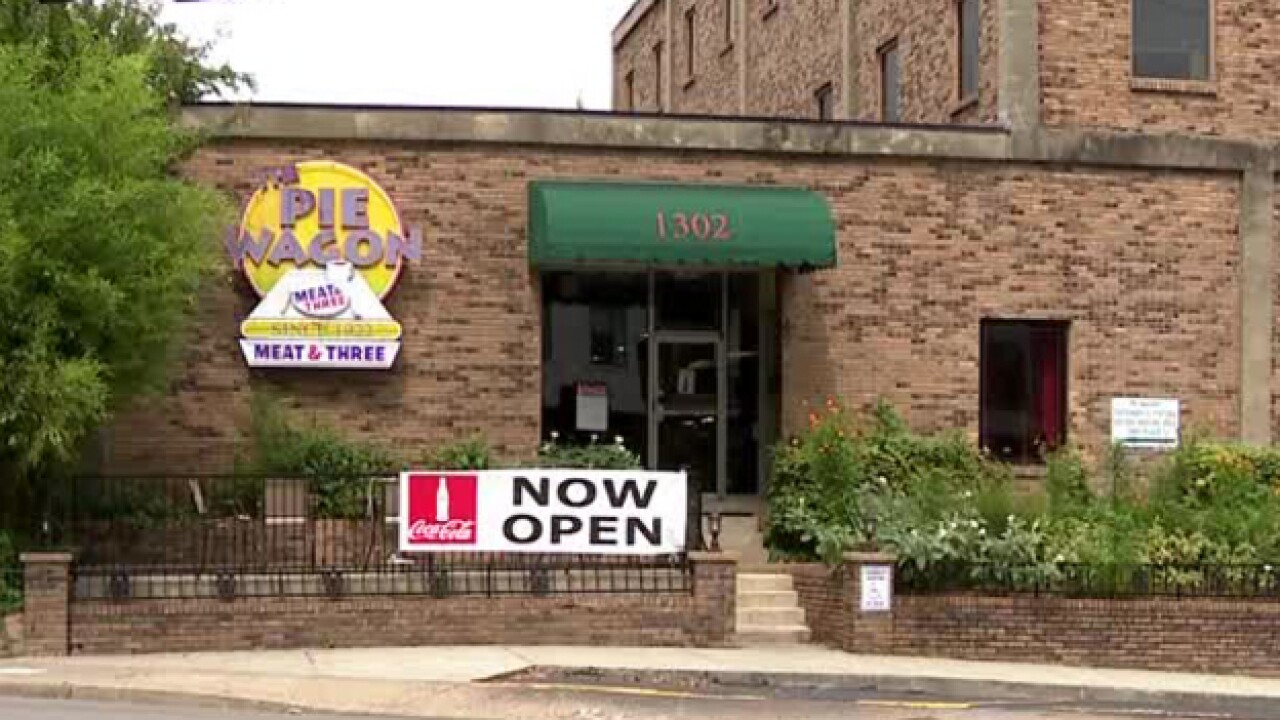 Nashville's second-oldest restaurant, The Pie Wagon, has reopened after shutting it's doors in April.

Opened in 1922, The Pie Wagon has been in numerous locations, and it currently sits on Division Street in between Music Row and The Gulch.

The meat and three shut down due to Metro Water requiring major upgrades to the restaurant, and the owners not wanting to spend the cash.

The building owner then contacted Nikechia and Rodney Anderson about the restaurant, and they came to the rescue by taking on the project and bringing back the food everyone loved.

"It's getting out there now that we're back open, and they're coming for it," Rodney said.

While the couple has experience in food, it's still an unlikely pairing. Neither Rodney nor Nikechia had been to the restaurant, or even knew it had existed.

"I had never heard of The Pie Wagon," Nikechia said.

When they visited the restaurant following it's April closing, they decided they wanted to take on the business, and make it their own.

"You take the name, then you make it your own. You add your own flavor to it," Rodney said.

The couple has already created all of their own recipes for the meat and three, and added TVs to the inside, but they plan to do much more.

Previously, The Pie Wagon was closed on the weekends, but the Andersons plan to have The Pie Wagon open 7-days a week with longer hours, and they also plan to start serving beer, which has never been done before at the 96-year-old restaurant.

Their current focus is getting people aware that the restaurant is open once again, encouraging fans of the food to tell their friends, and to become regular customers.

They believe the food will speak for itself.

"There's no recipe for soul food, it's from the heart," Anderson said.