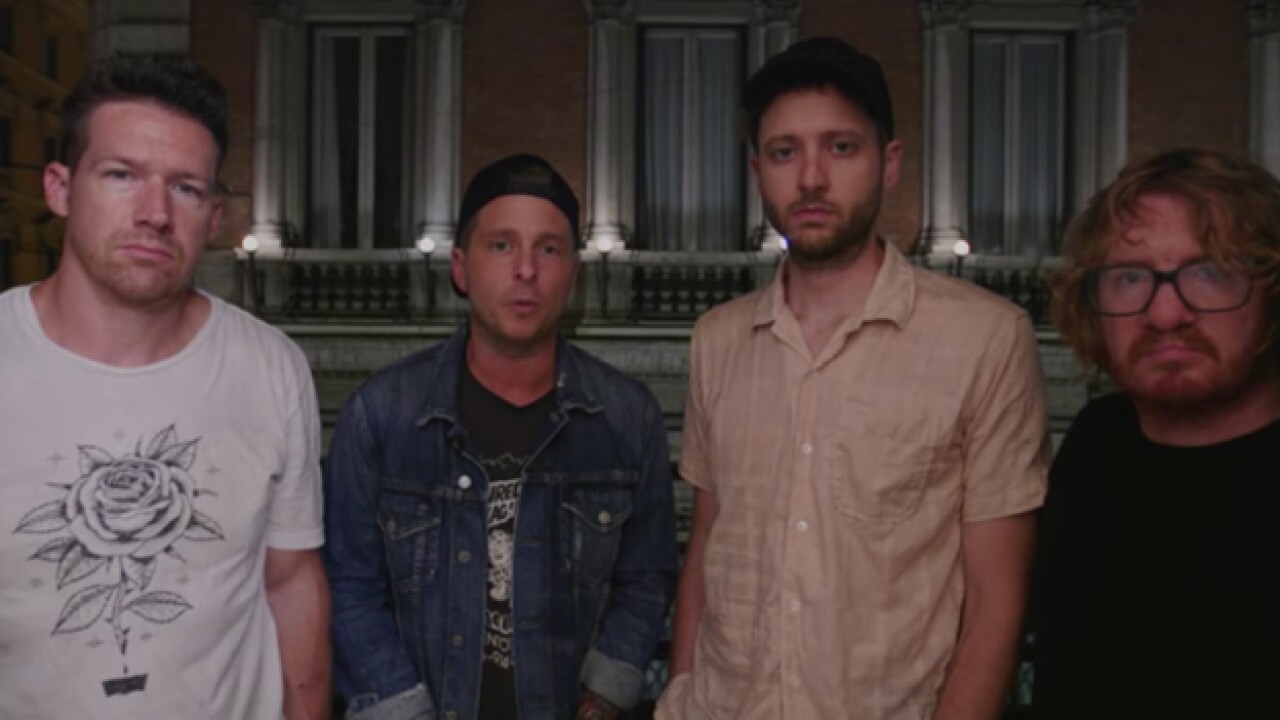 The band OneRepublic put out a public plea for help on their Facebook Tuesday to raise money for a woman who was shot in the back while walking her dogs in an Inglewood neighborhood.

The woman was sent to the hospital with serious injuries after the August 8 shooting. She was shot in the back after two suspects in a dark sedan stopped behind her at 1:00 a.m. Neighbors were on the scene within moments and tried to help stop the bleeding.

The woman, who wants to be anonymous for fear of retaliation, was shot in the spine. The bullet exited her front and her spleen and part of her intestines were removed.

The woman's husband tours with OneRepublic and works with them on the show.

OneRepublic said this in the 1:45 video:

"This video is not about the epidemic of gun violence that exists in this country which is unspeakable and makes me physically ill. This is about helping people that are close to us that mean everything to us," said lead singer Ryan Tedder. "We have started a GoFundMe page and you can help us by joining that and helping this family, this couple. Their lives are changed moving forward. The medical cost, the cost of moving, they're in the hundreds of thousands of dollars. Moving forward, their life has been changed for this act of violence."

The man who started the GoFundMe said recovery will take a long time.

"The family is staying positive," said Mark Oglesby, who also works with OneRepublic. "Right now, it's day by day, it's literally step-by-step. Right now she isn't able to walk she is in a wheel chair. She is starting rehabilitation."