Protesters want Gov. Lee to pray with inmate before execution 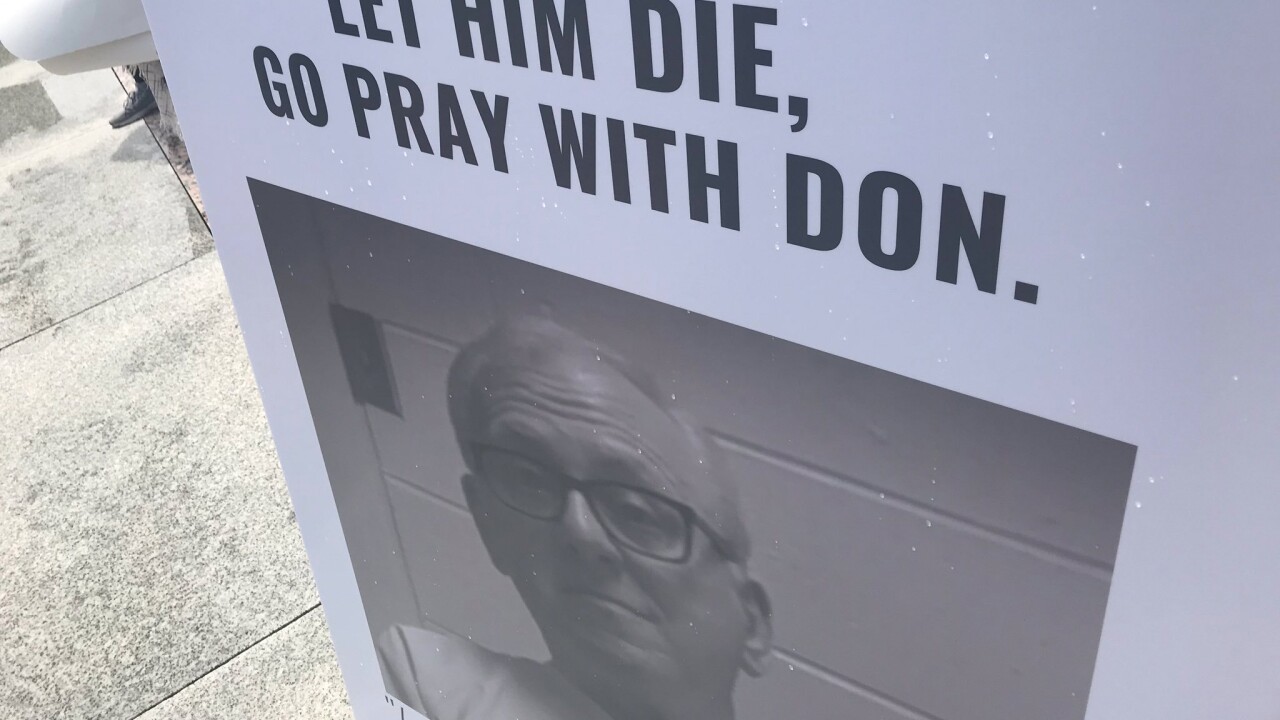 NASHVILLE, Tenn. (WTVF) — A group of protesters marched to the Tennessee Capitol Wednesday to ask Governor Bill Lee to pray with an inmate who’s scheduled to be put to death.

The governor confirmed Tuesday that he would not intervene in the execution of Donnie Johnson. Protesters have asked Lee to pray with Johnson before he's scheduled to die by lethal injection on Thursday.

A group of protesters will march up to the state capitol to ask @GovBillLee to pray with Don Johnson.

They say if the governor is going to allow Johnson to die, the moral thing to do would be to go meet him. @NC5 pic.twitter.com/uqbAxJp6Rd

The U.S. Supreme Court announced Monday it would not halt the execution, declining to take up a legal appeal that questioned the three drugs used in Tennessee’s lethal injection protocol.

Johnson was sentenced to death for the 1984 murder of his wife, Connie Johnson.

He recently penned a letter to his family, asking for their forgiveness.