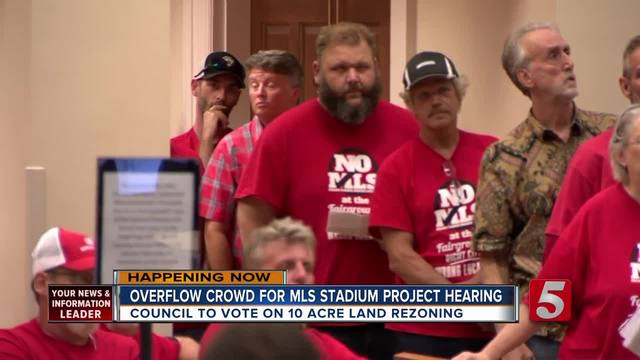 Dozens of supporters and opponents of a controversial proposed Major League Soccer stadium at the fairgrounds in Nashville shared their views with Metro Council members. 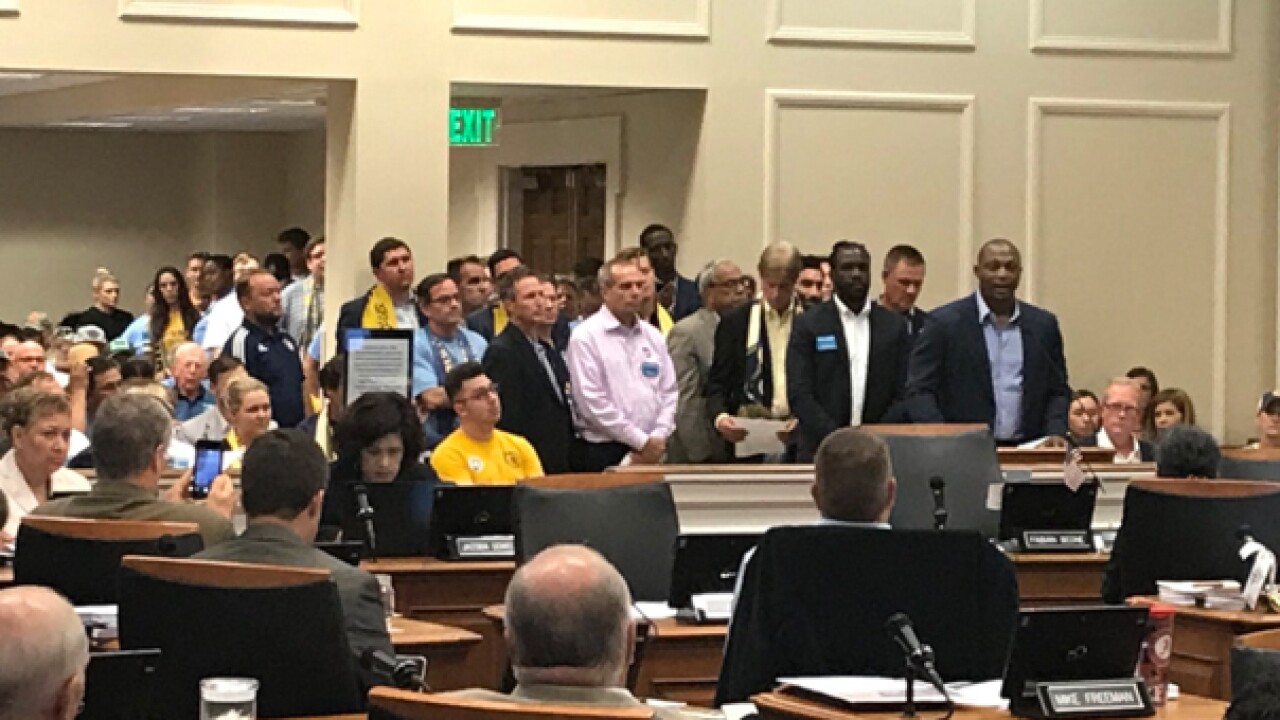 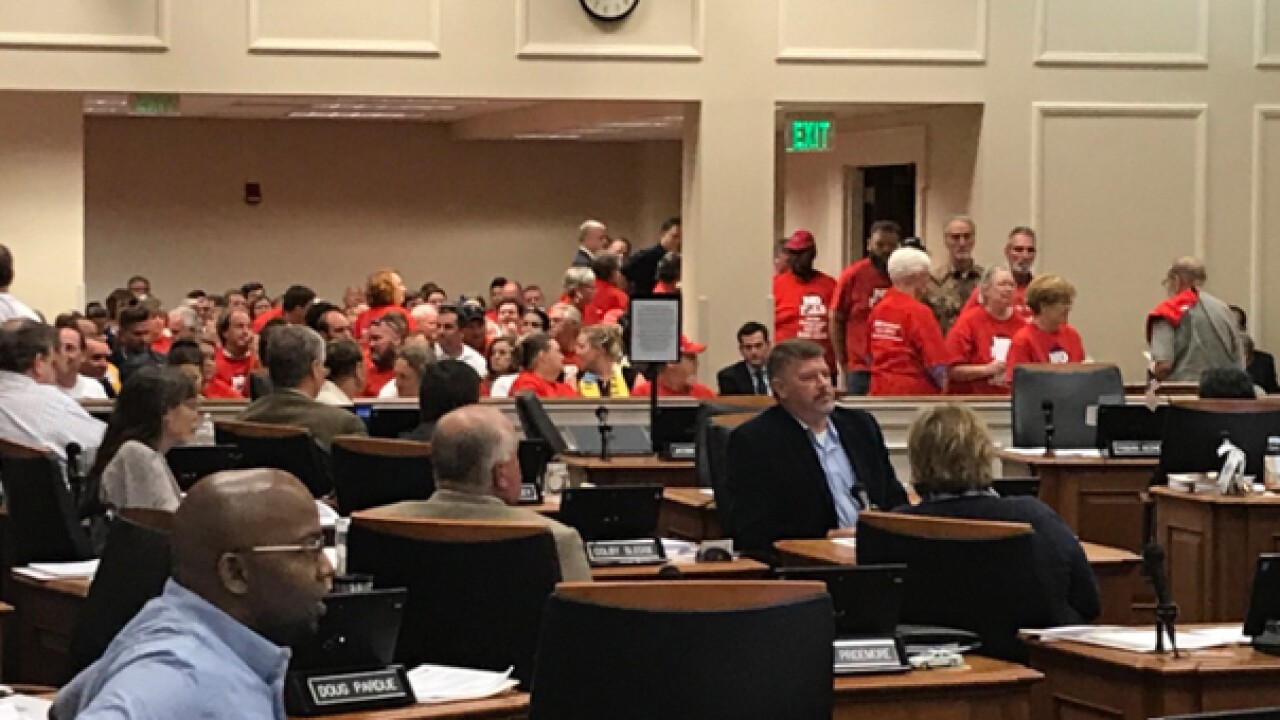 Metro Council members voted to approve rezoning for 10 acres of mixed-use development by the proposed MLS stadium at the Nashville fairgrounds.

The vote came after nearly four hours of public comments from supporters and opponents of the controversial project.  Council members voted 20 to 9 with four abstentions to advance the rezoning.

The 10 acres of mixed-use development has been one of the most controversial parts of the project.  It would include housing, retail and a hotel.

Supporters who addressed Metro Council members argued the project would revitalize the fairgrounds and help the entire city's economy.  They spoke for just over two and a half hours.  Opponents said they were not against soccer, but didn't feel the stadium should be built at the fairgrounds because it would interfere with existing activities at the site.

The meeting came hours after Mayor David Briley issued an “open letter to Nashville,” where he said, “Make no mistake about it.  Nashville is a soccer city.”  He also added “Now we just have to close the deal.”

The $275 million Major League Soccer stadium has been the subject of much debate for the last year.

A final vote on all four bills dealing with the MLS stadium will be at the  Sept. 4 council meeting.