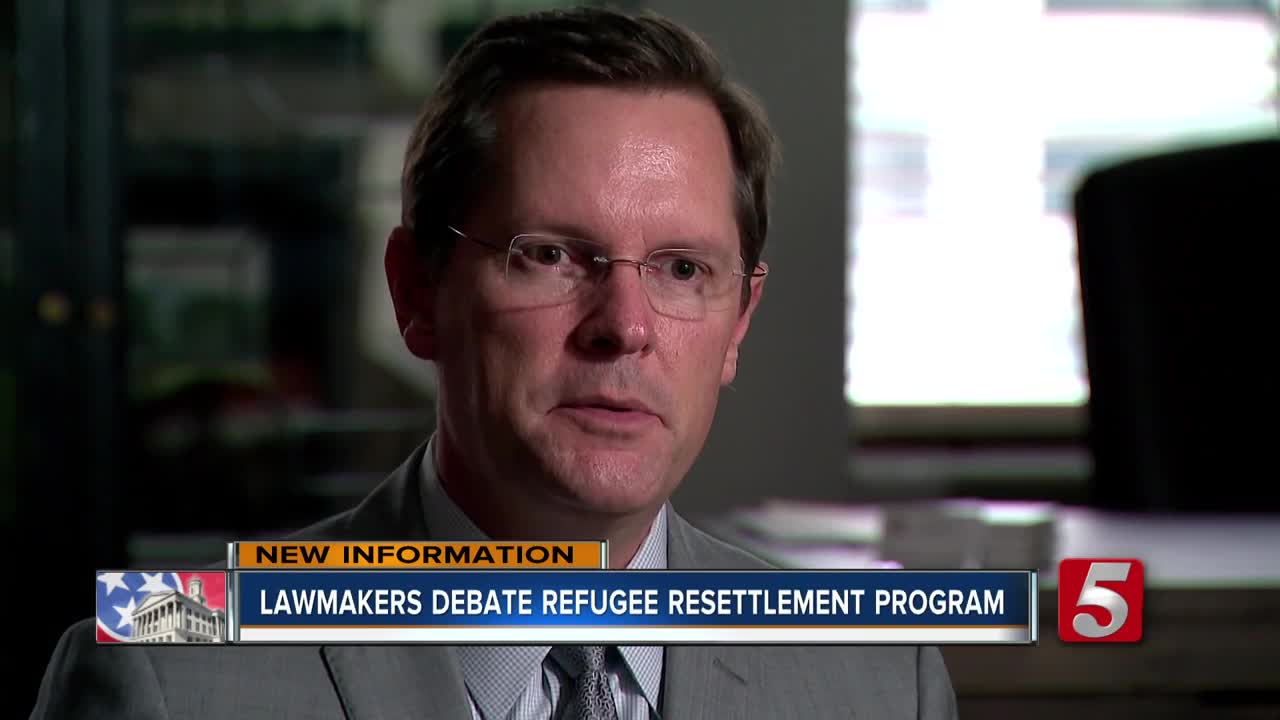 Could the refugee resettlement program in Tennessee allow bad people to enter the country? That's a concern of Tennessee's new speaker of the house Cameron Sexton.

NASHVILLE, Tenn. — Could the refugee resettlement program in Tennessee allow bad people to enter the country? That's a concern of Tennessee's new speaker of the house Cameron Sexton.

Now, the speaker expects legislation from lawmakers that could change the way the resettlement program operates in Tennessee.

"There could be legislation limiting what happens after that one year executive order that was made," said Sexton. "One of the things we did is we asked fiscal review if they could tell us what the cost would be to us and the locals and you really can't do that. Because when [refugees] come in, they get a social security card automatically and they become legal. Which is correct. But you can't figure out how many you have in the state or here in America with the way the system is set up."

The executive director of Catholic Charities, a group that helps refugees adapt to life in Tennessee, said they do know how many refugees come into the area and there's a proven benefit to society from a fiscal review done by the legislature in the early 2010s.

"We support governor Lee's decision. We think it is the right decision," said Judy Orr. "There was a financial study. It was done several years ago to address the very question that you've raised. It was determined that refugees are not costing the state additional money as we expected. The monies that we receive from the federal government to resettle covers the vast majority of their costs and we find they are generally self sufficient by the time they finish the program with us."

Orr insists that the vetting process for refugees is thorough, taking many years and is conducted by the U.S. Department of State. Still, speaker Sexton thinks it still might be a gateway for people who wish the country harm.

"You still have to be aware that there's still bad people who are going to try to use that, no matter how good the vetting is to be able to cause harm. So, you have to be very careful," he said.

In the first week of the 2020 legislative session, Speaker Cameron Sexton talked about his priorities in 2020 and also about several key issues to face the state this year.

The speaker addressed what excess TANF funds might be used for, stating lawmakers would be looking at the issue this year.

He also addressed the issue of medical marijuana again, which he has said he doesn't support as it's against federal law.

The speaker also said healthcare and education are his main focuses. Though, he hasn't had much involvement with the school voucher program and doubts it could be overturned by the legislature regardless.