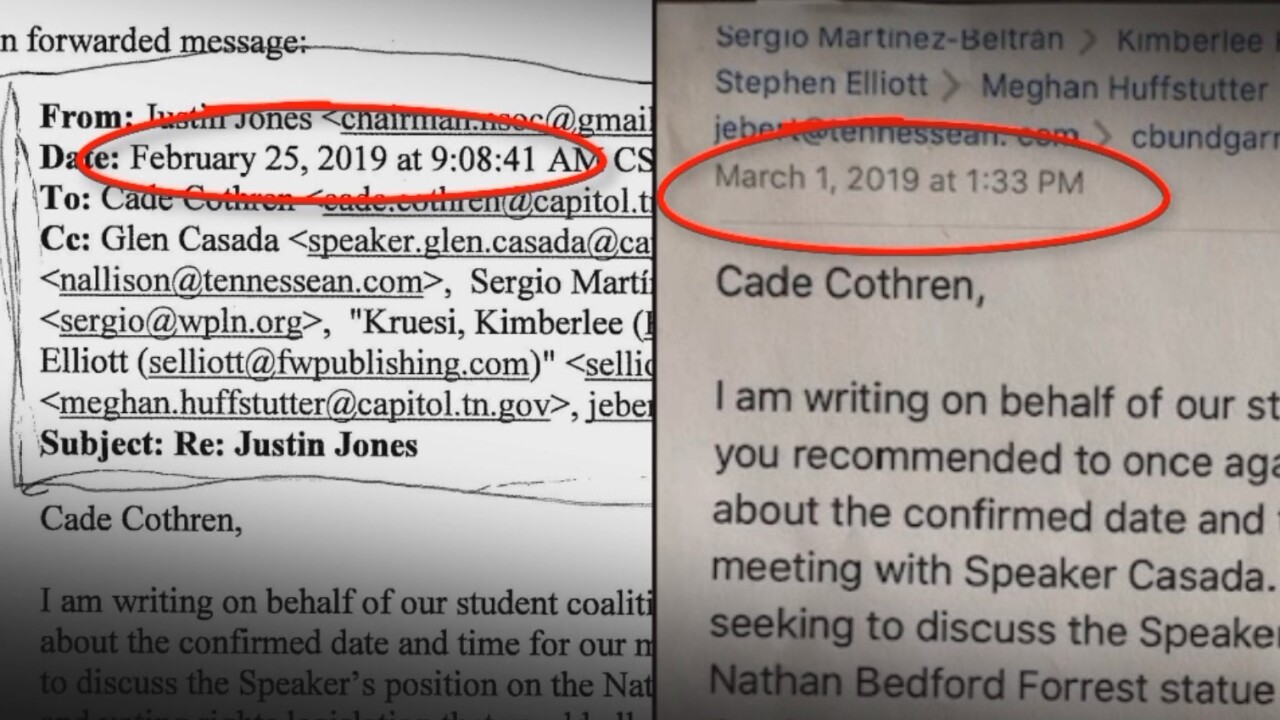 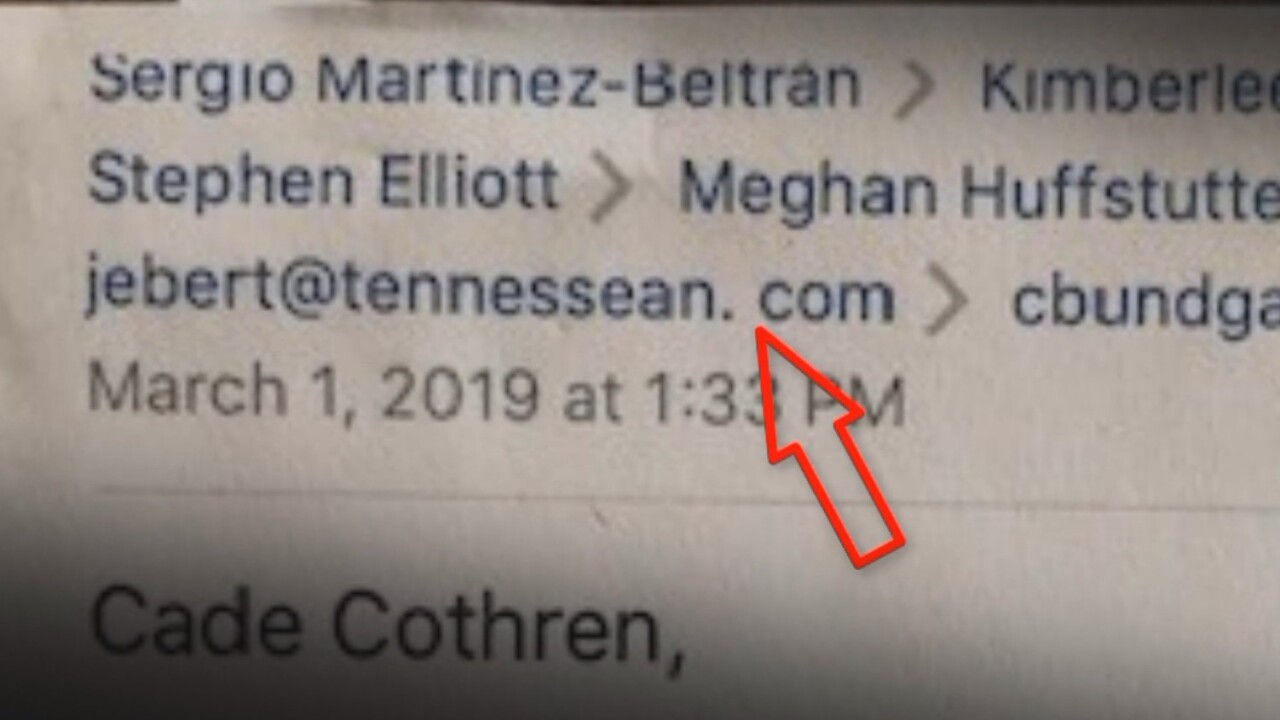 NASHVILLE, Tenn. (WTVF) — A special prosecutor has been assigned to investigate an email sent to the DA's office that could have landed a student activist in jail.

That special prosecutor will be Craig Northcutt, the district attorney general for Coffee County.

Last week, NewsChannel 5 Investigates published a photo of an email that the Speaker's chief of staff Cade Cothren sent to the DA's office back in March, suggesting that student activist Justin Jones had violated a court's no-contact order by sending an email with the date March 1. The email had actually been sent on Feb. 25, before there was a no-contact order.

Cothren has since resigned, following the disclosure of text messages showing racist comments, the use of illegal drugs, and vulgar comments towards women. But Casada insists the email sent by Cothren was not altered.

Multiple lawmakers including Lt. Governor Randy McNally have called for the Speaker to step down in recent days.

Casada released a statement apologizing for his comments and actions as well as an action plan to help him and the House move forward. On Friday he released a second statement expanding on the action plan, in which he said a special prosecutor has been placed on the case.

He also expressed his support of a GOP Caucus meeting to discuss how to move forward.

Casada released the full statement below:

"As we move into the weekend, I wanted to share a quick update on the immediate steps we are taking to follow up on the Action Plan released earlier this week to address recent issues and concerns. Today I submitted a letter to the Chairman of the House Ethics Committee requesting that they issue an advisory opinion concerning my actions taken relative to the resignation of my former Chief of Staff. I welcome feedback from this bipartisan committee. I have learned that a special prosecutor has been appointed by the District Attorney Generals' Conference to begin investigating the email from Mr. Justin Jones that was forwarded by my former Chief of Staff to the local District Attorney. My desire is for this independent review to be completed as quickly and thoroughly as possible and for all of the facts to come out. To that end, I have instructed the Speaker's office and the joint Legislative Information Services staff to fully and immediately comply with all requests for information related to that email made by the special prosecutor. Finally, I support the call by some of my Republican members for an upcoming GOP Caucus meeting to continue to hear and address lingering concerns. I am confident the more my colleagues have actual facts before them the better. We will continue to update you as we implement our Action Plan to bring clarity and transparency to this process, to reestablish trust where it has been broken, and to return to the people's business."