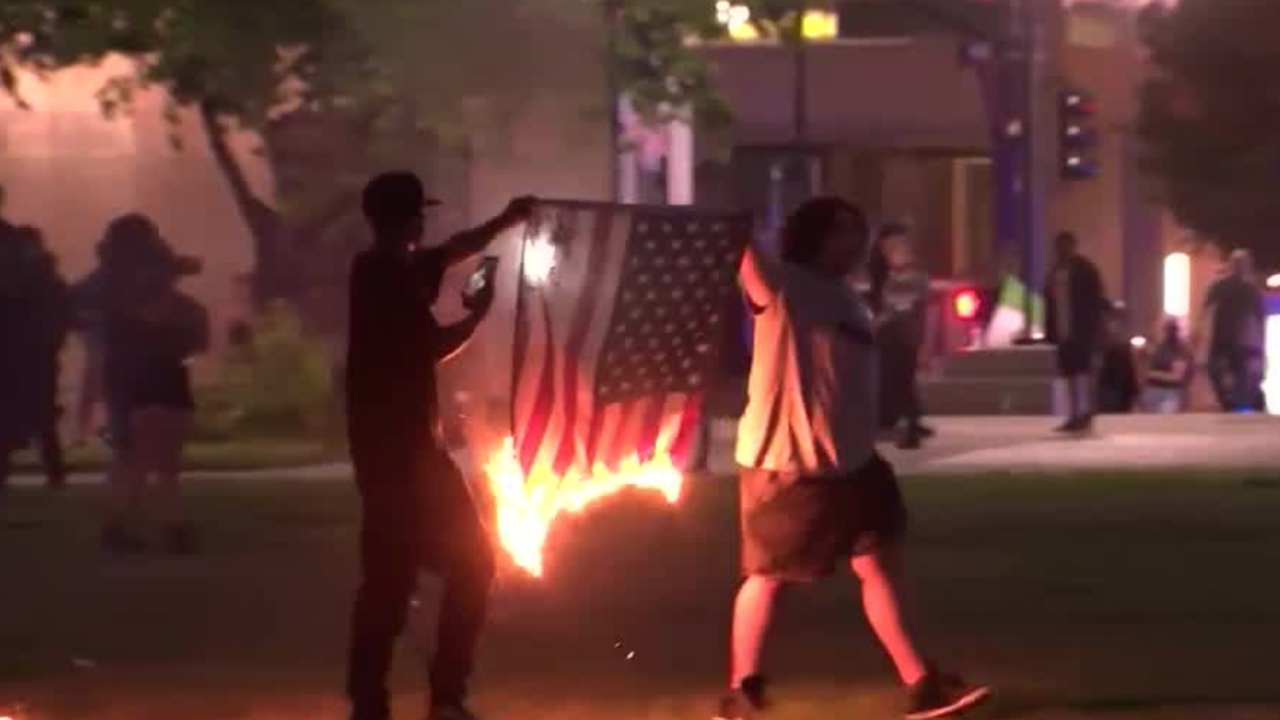 "This evening Nashville has joined at least three dozen other cities to experience violence and vandalism. Tonight I signed an executive order for a civil emergency in Nashville. There is a curfew in effect from 10 p.m. to 6 a.m. tomorrow. And we join at least 25 other cities now with a curfew.

This is a heartbreaking night for our great city. Nashville has been through a lot over the last three months and tonight's unacceptable vandalism does not define Nashville.

Our Metro Courthouse, iconic for its role in the civil rights movement, was the sight of much of tonight's reprehensible vandalism.

Sixty years ago, 3,000 nonviolent protesters marched at that same courthouse in a milestone movement for integration, and yet that courthouse tonight was defaced and set on fire.

Following this afternoon's peaceful rally, our police officers engaged in an honest dialogue with protesters, notably outside of the central precinct.

Our policy is to allow for peaceful demonstration and prevent confrontation but, there were repeated acts of vandalism which our officers met with great restraint and professionalism. We have responded to maintain public safety.

If you mean our city harm, we will arrest and prosecute you.
We will move beyond the events of tonight and come together as a city. I’m calling for your help and your prayers to help us come together.”

Governor Bill Lee issued the following statement in response to the violent protests:

“At the request of Mayor Cooper, I am authorizing the National Guard to mobilize in response to protests that have now taken a violent, unlawful turn in Nashville. The threat to both peace and property is unacceptable and we will work with local law enforcement and community leaders to restore safety and order. This is not a reflection of our state or the fundamental American right to peaceful protest.”

"Let me be very clear: the First Amendment does not protect anyone who commits violence or vandalism. Those who are doing either should be arrested and prosecuted to the fullest extent of the law."

"What is happening in Nashville is a descent into madness. This is not who we are. The outside agitators responsible for this mayhem should cease, desist and leave our state. The police are not perfect. Those who transgress against our citizens should be brought to justice. But law enforcement is the only thing keeping order amid the chaos. I support Gov. Lee's decision to mobilize the National Guard and the Tennessee Highway Patrol Strike Force. This lawlessness is counterproductive and wrong. It needs to end tonight."

"Looting and burning the courthouse by a few dishonors the peaceful protest of thousands against racial discrimination and police brutality. Governor Bill Lee and Mayor John Cooper are right to call on the National Guard to restore order and allow Nashville to heal and rebuild.

At the same time, I think of my friend, South Carolina U.S. Senator Tim Scott, who is African American and who told me that he was stopped by police several times even when he was vice-mayor of Charleston for “being a black man in the wrong place.

We must redouble our efforts to change such attitudes and end racial discrimination."

"The death of George Floyd was tragic, but rioting and looting are not the answer. Law and order must be restored and citizens must be protected. Thank you Governor Lee for activating @TNMilitaryDept."

"I fully support Governor Bill Lee’s decision to activate the national guard and strike force to restore law and order in Nashville. What began as a peaceful and effective protest has turned into organized lawless destruction by a group of individuals with complete disregard for personal property and the safety of others. We respect the rights of all Tennesseans to peaceful assemble and express their views. However, this type of behavior is totally unacceptable and will not be tolerated in our state."

"Violence and destruction don’t solve our problems. We need justice but burning our courthouse is wrong. Martin Luther King, Jr. said it best - 'Darkness cannot drive out darkness; only light can do that.'"