Rain will continue through the evening Friday, and a cold front is expected to move into the region bringing severe weather with it.

NASHVILLE, Tenn. (WTVF) — A tornado watch was issued in Middle Tennessee as of 2:15 p.m and will last until 9p.m.

Counties included in the Watch can be seen on the above map in red.

A Storm 5 Alert has also been issued most of Saturday. The Middle Tennessee area is expected to experience two rounds of storms.

The first storm will last from noon to 3 p.m. Rain and storms will move through the area ahead of a cold front. This will be the less severe storm of the day.

The second threat will come between 3 and 10p.m.

This is when it is likely severe storms will occur. The biggest threats facing Middle Tennessee at this time will be damaging winds and heavy rain.

The tornado threat remains low but there is a slight possibility a tornado could occur.

A cold front will be moving across the region and ahead of that front, rain and a line of storms will develop.

Additionally, a tornado watch has been issued in West Tennessee until 5 p.m. This watch includes Benton, Decatur, Hardin, and Henry Co.

This could be expanded to include Middle TN later today.

It'll be dry today; then, rain arrives tonight. This weekend, a cold front could bring a few strong to severe storms Saturday. Get the latest #NOWonNC5 #tnwx #kywx pic.twitter.com/c1zeCuF45c

Rainfall from Friday through Saturday night will be around 1-2'' for most area, but a few spots could see 2-3'' of rain. This could cause flash flooding in a a handful of areas.

Behind the front, it'll be dry and mild Sunday with highs in 60s. 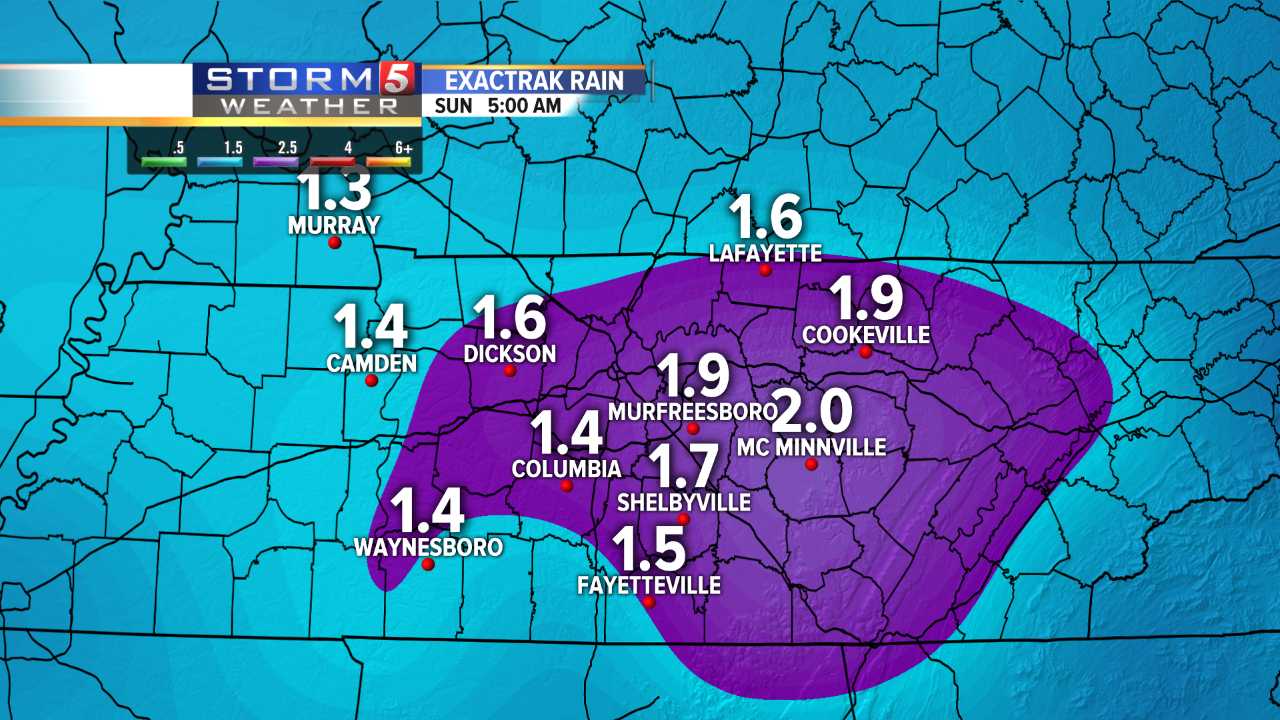 Stay up to date with the latest weather forecast here.