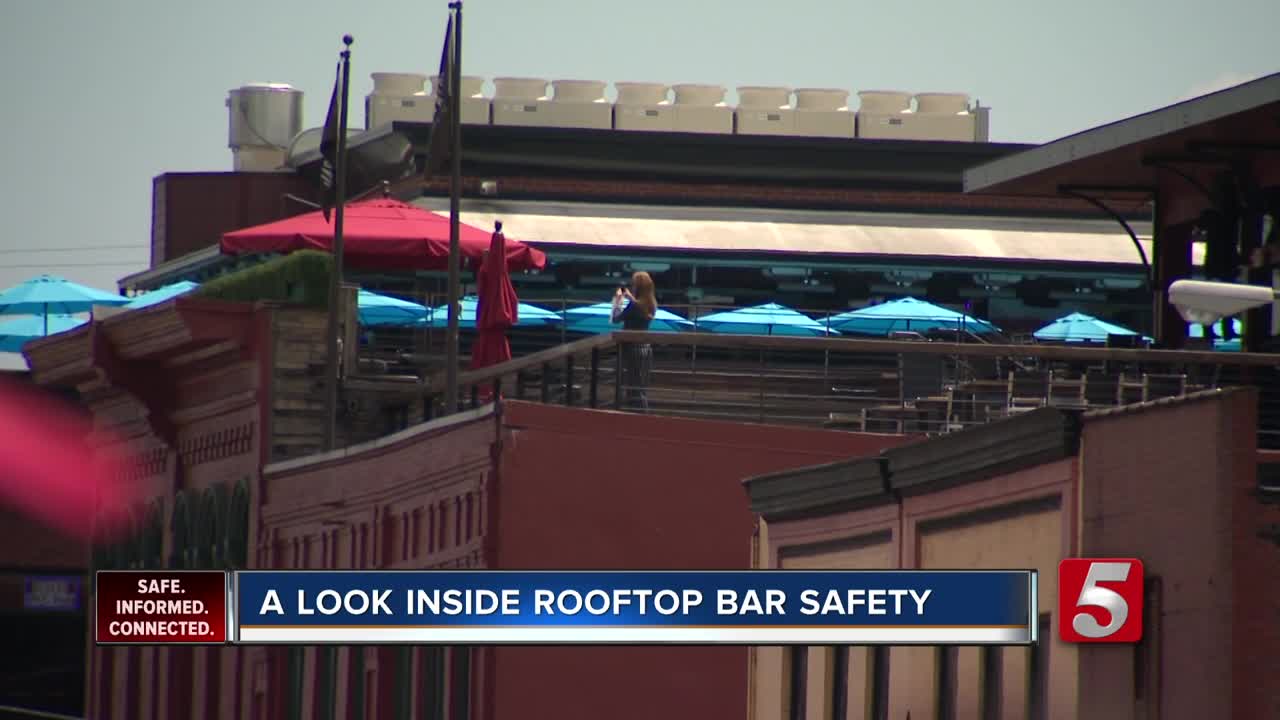 Nashville rooftop establishments are required to have a 42-inch railing or barrier to prevent any accidental falls from their roofs. NASHVILLE, Tenn. (WTVF) — Rooftop bars have become the new hot trend in Nashville, with at least 20 rooftop bars open between 1st Avenue and 5th Avenue on Broadway itself.

A spotlight on safety of these establishments has been put in the spotlight as a 22-year-old jumped from rooftop to rooftop, eventually falling to his death, on the 4th of July.

“There’s nothing inherently more dangerous about a rooftop bar than anything else if people are being safe and responsible and establishments make sure that people are following the rules," Sean Braisted, public information officer for the Metro Codes Department, said, adding that there is a requirement for new builds to have a 42-inch railing or barrier on all rooftops in Nashville. “That’s there to prevent any accidental falling, people that might slip over, people that might get pushed or kids that might slip through.”

In the 4th of July incident, the individual jumped over the existing railings on rooftop bars before making his way to a rooftop that did not have a bar or railing, where he tried to jump to another rooftop, but failed to cross the 14-foot gap.

The codes department said that the codes in place can't prevent people from putting themselves in dangerous situations.

“Ultimately, the building code is designed to make sure that there’s no accidents based on reasonable standards of what people will do, obviously if someone were to climb over a railing, it’s hard to prevent that in a building code standard," Braisted said.

Metro Nashville Police have ruled the 4th of July incident as accidental.