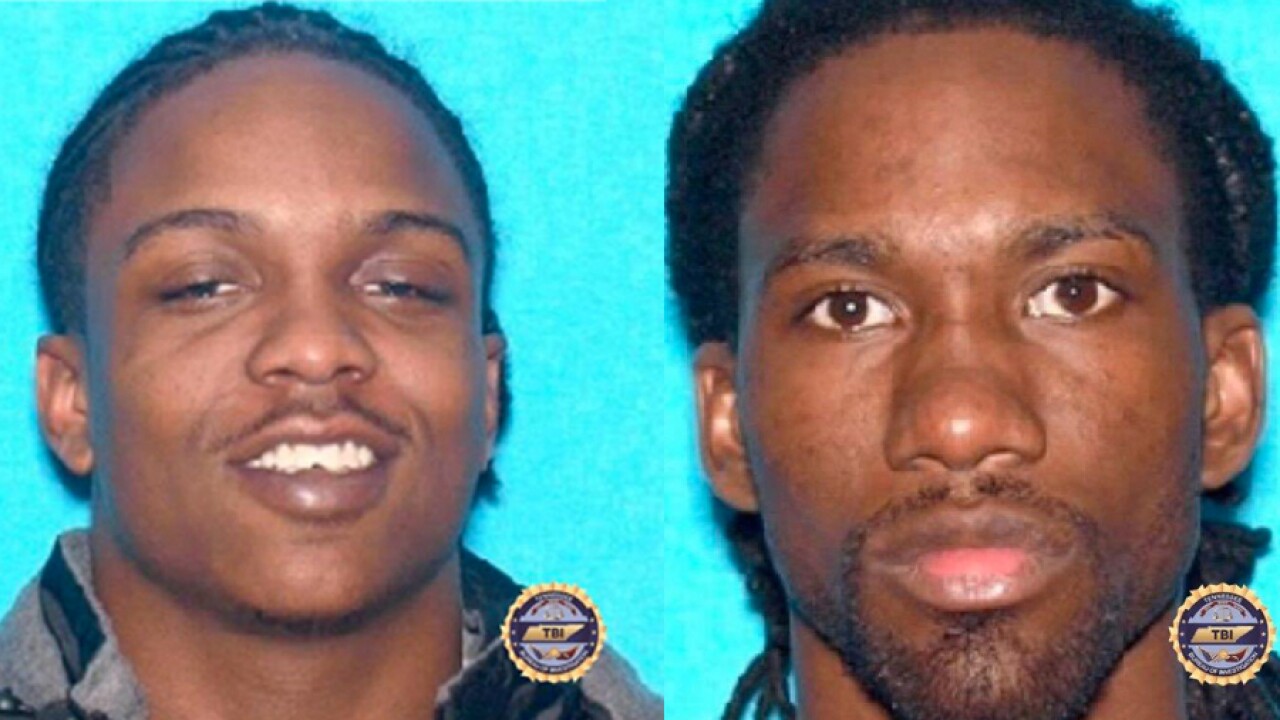 Quandre Knowles (left) and Delarrious Crawford are both wanted out of Murfreesboro.

MURFREESORO, Tenn. (WTVF) — The Tennessee Bureau of Investigation has added two murder suspects to the state’s most wanted list.

The TBI said Thursday that Quandre Knowles and Delarrious Crawford are both wanted in connection with theJune 24th killing of Daicori Saunders.

🚨Two fugitives have been added to the TBI’s Most Wanted list. 🚨 Follow this thread for info on each. Quandre Knowles (left) and Delarrious Crawford are both wanted out of Murfreesboro. Call 1-800-TBI-FIND with info. pic.twitter.com/hrNrrQzSLa

Saunders was found lying on the ground on Eagle Street. He had been shot multiple times and died at the scene.

The TBI says both men should be considered armed and dangerous.

Anyone with information should call 1-800-TBI-FIND.