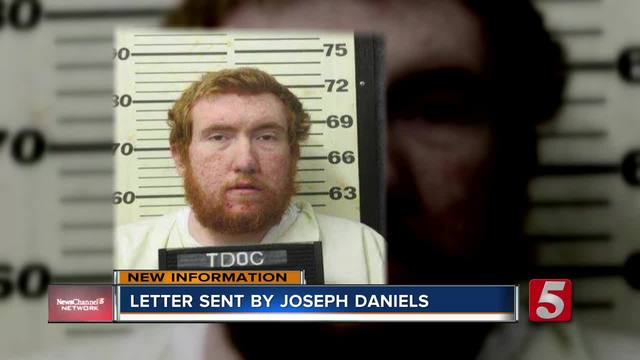 DNA, matching the 5-year-old's father, was found on the letter claiming Joe Clyde Daniels is still alive. It was sent to the boy's grandparents in Dickson.

The boy disappeared in April and investigators have long presumed he is dead. However, his body has never been found.

The Tennessee Bureau of Investigation said Monday it completed the analysis of the letter. The Dickson County Sheriff’s Office confirmed it was written by Joseph Ray Daniels.

His attorney later said Monday, Joseph Ray wrote the letter. At first, his parents believed it was from an anonymous source.

However, according to the attorney, Joseph Ray admitted to sending the letter to his parents from the mental institute he was staying in. He wrote down his initials at the end of the letter but the parents misread it as "JJ" instead of "JD" and therefore mistook it as anonymous.

Earlier this year, investigators said Joseph Daniels, confessed to killing his son, Joe Clyde. However, his attorney argues the confession was coerced.

To this day, investigators said Joseph Daniels has not been able to tell them what happened to his son's remains.