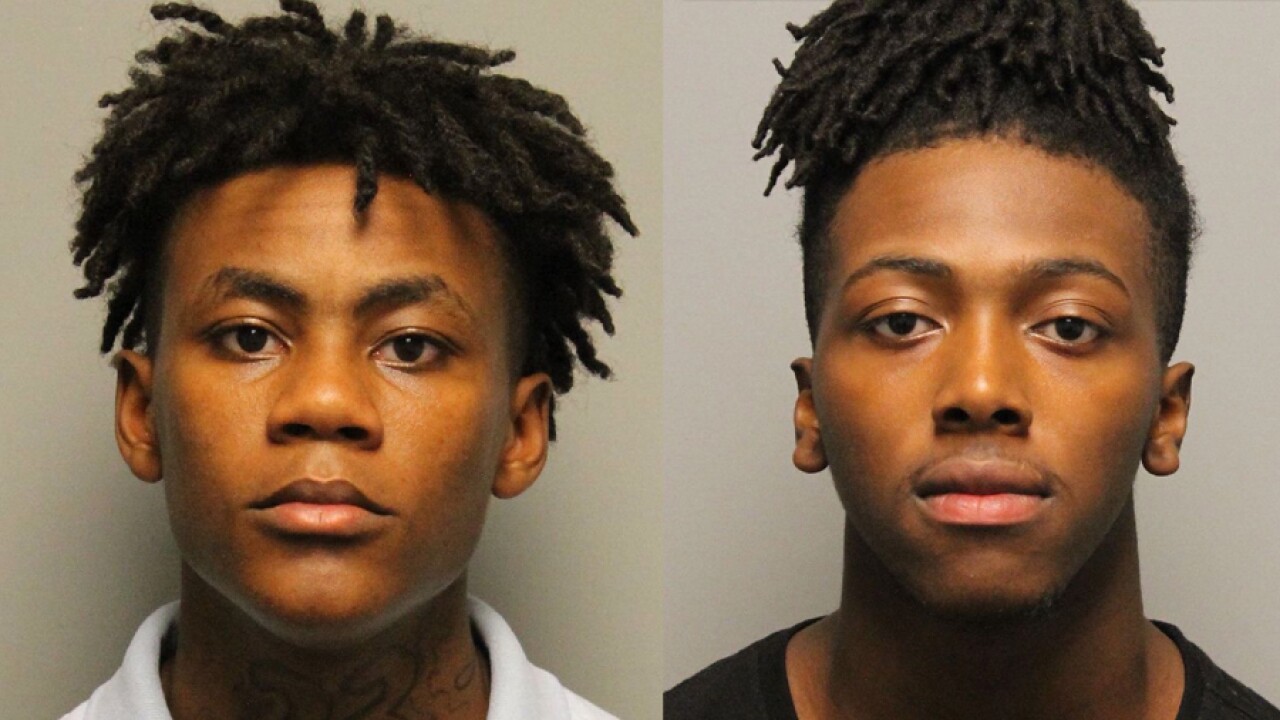 Metro Nashville police said 17-year-old Morris Marsh (left) has been charged with murder, while Devion Jordan (right), also 17, is being sought in the case. <br/>

NASHVILLE, Tenn. (WTVF) — Police said one teenager is in custody and another remains at large in connection with a Nashville homicide.

Charlie Easley was fatally shot near his residence at the Point Breeze Apartments on Lemont Drive on April 8. Police believe the 19-year-old Easley was targeted.

Metro Nashville police said 17-year-old Morris Marsh has been charged with murder, while Devion Jordan, also 17, is being sought in the case.

Marsh was also charged with aggravated robbery in August 2017 after he was identified as the alleged gunman who held up a pizza delivery driver on Duke Street.

Anyone knowing Jordan’s whereabouts was asked to contact Crime Stoppers at 615-742-7463.