Victim believes the thief is a door-to-door salesman 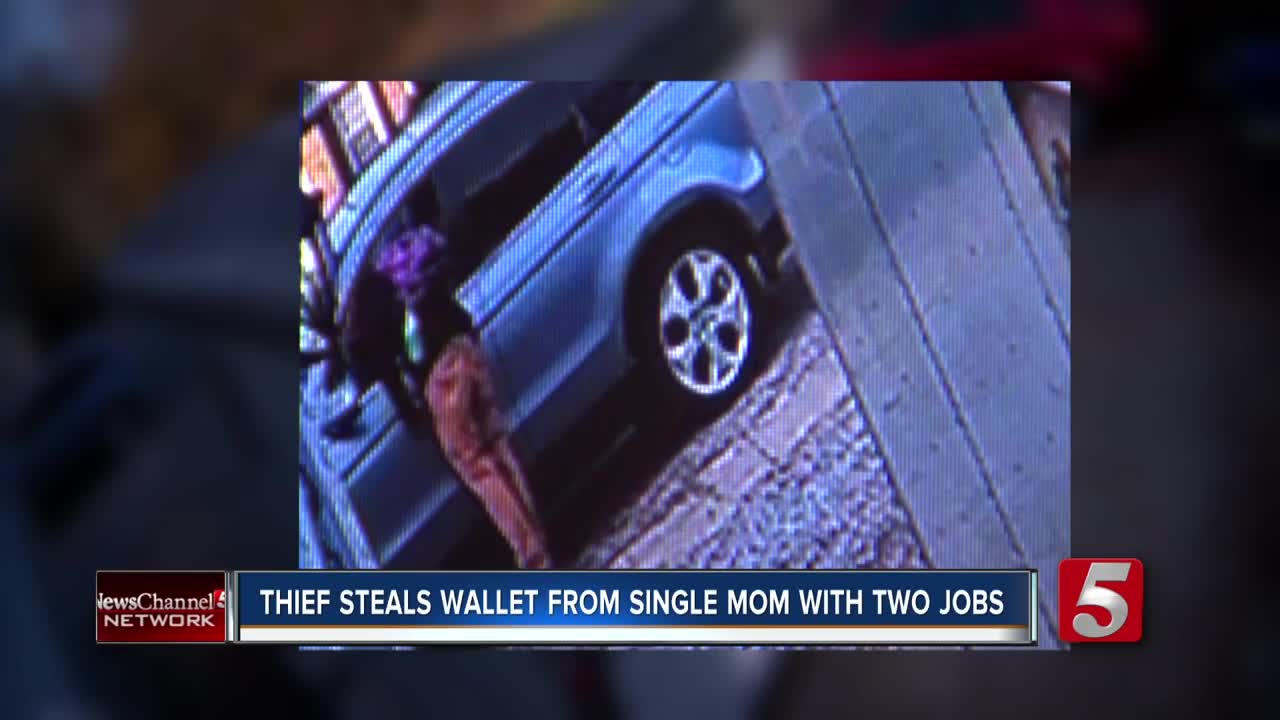 A single mom who works two jobs is out hundreds of dollars after a thief stole her wallet. 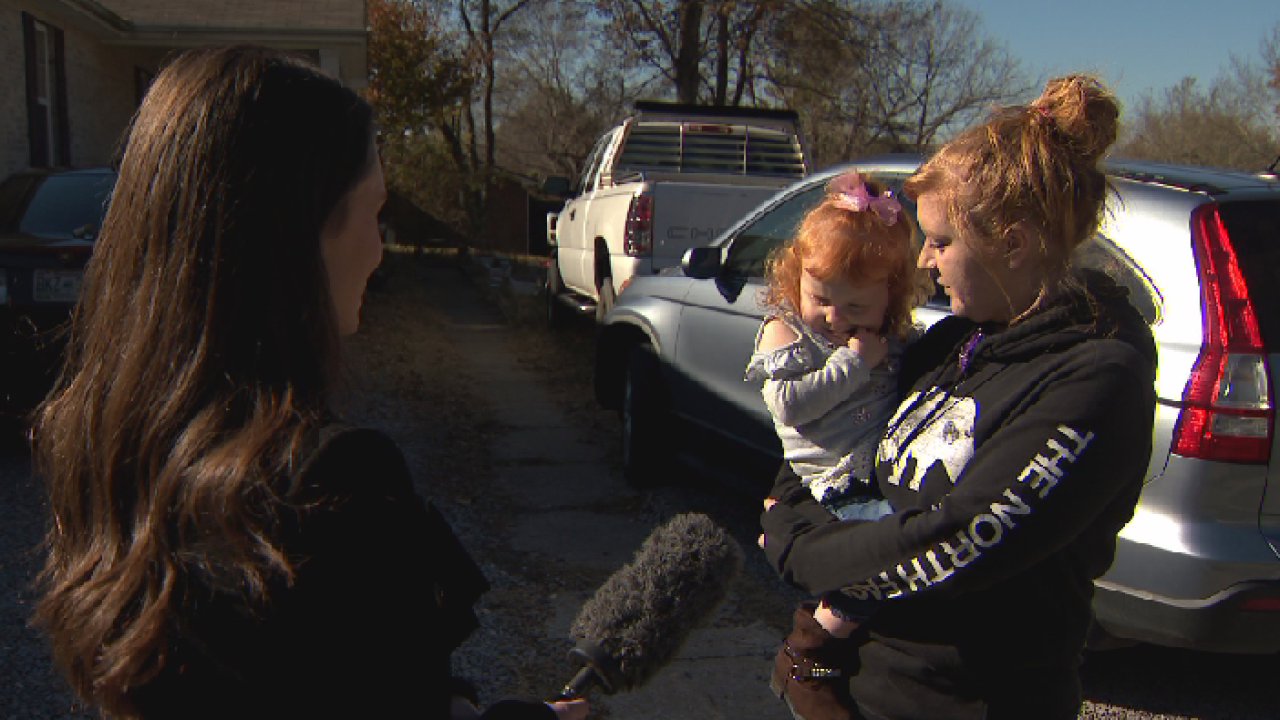 CLARKSVILLE, Tenn. (WTVF) — A single mom who works two jobs is out hundreds of dollars after a thief stole her wallet.

On Saturday between 1 and 2p.m. Brittany Peck came home to change clothes and head to her second job, when a thief reached in the open window of her car, and took her wallet. It was all caught on surveillance video.

Peck said, "I feel very safe in this neighborhood and now that this has happened, I feel very paranoid now."

Brittany is a single mom trying to make ends meet. The thief got away with roughly $600, food stamps, her social security card, and two rings meant for her little girl when she grows up.

Brittany's father, Michael Peck, said minutes before the thief hit, a group was walking around the neighborhood selling cleaning solution.

Peck said the suspect had a bottle of product hanging from his purple backpack.

Peck said, "When we found this out we went to talk to the neighbors and they had purchased 2 bottles of the cleaning solution, and had a brochure, which we have given to Clarksville Police."

As police investigate the possible connection, Brittany is trying to figure out how to pay for daycare without any money. Her mom created a Go Fund Me page to help her daughter.

Peck said, "It really upsets me."

Their family wants to warn others in the Southern Hills neighborhood in case the thief hits again.

"It only takes minutes," Peck said.

We reached out to the cleaning company for a statement and we have not heard back. On their website it said they recruit young women and men from poor inner-city communities to sell their product.

We have reached out to Clarksville Police and they posted on Facebook:

Clarksville Police took a burglary report after a man who was selling products door to door took some time out from selling to do some thievery in the Greenland Farms area.

There were a group of men walking around the subdivision earlier in the day on Nov 9 selling cleaning supplies (photos attached). One of the men walked up to a vehicle on Virginia Drive, reached inside of the open window, and took a wallet containing cash, jewelry, and personal items valued in excess of $1300. The burglary was caught on video surveillance.

Based on information gathered by officers, the group has been in the area for the past three days selling products.

Police wanted to make citizens aware that the group is operating in the area and should call 911 if they are spotted. Additionally, we would like to ask residents in the Greenland Farms area to check if they have video surveillance and caught images of this group or the vehicle they were traveling in.

Please call 911 to have an officer contact you if you have information or can identify the suspect.