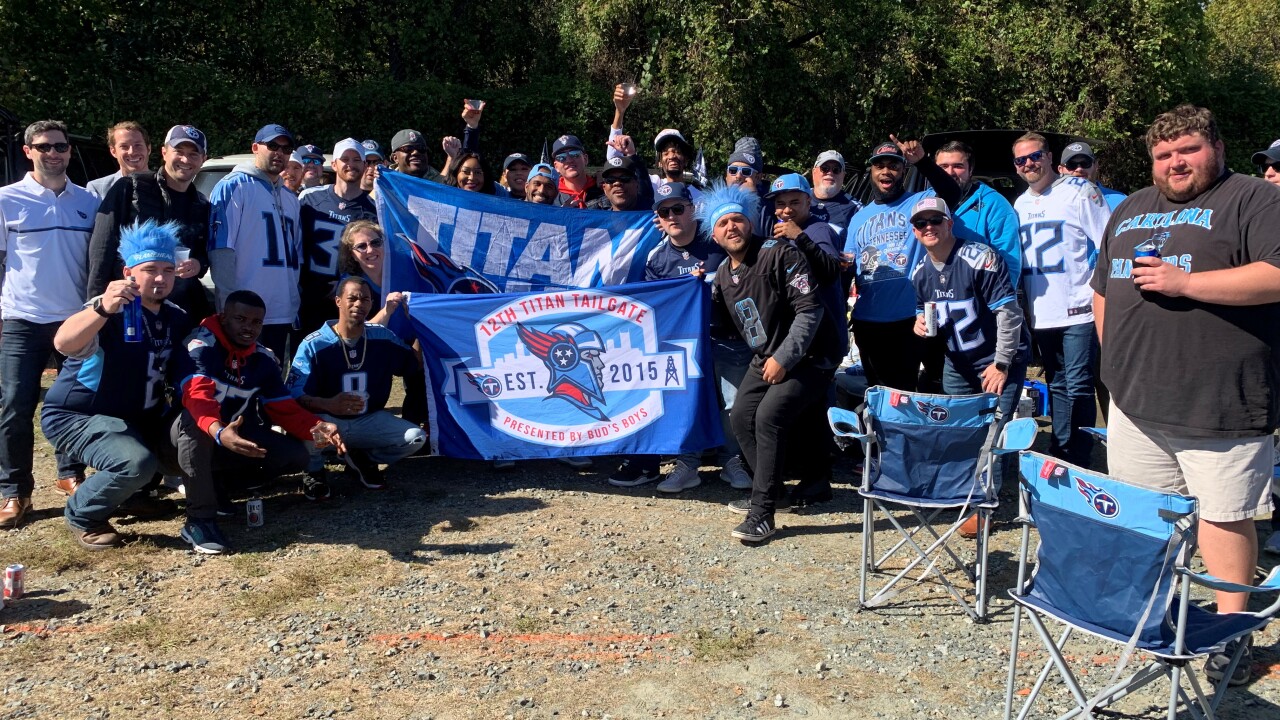 NASHVILLE, Tenn. (WTVF) — Mostafa Shenen has been a die hard Titans fan since he first saw the team play in the Music City Miracle game. That moment in Titans history is still vivid in the minds of fans, when the Titans scored a last-minute victory to win a wild card game 20-years ago.

Shenen tells us after watching a game at Yee-Haw Brewing Company this season, he decided to take his love for the team one step further.

"I came here to watch the Titans game against the Browns and the way the titans played, that's when I decided I'm going to be a road warrior this year." said Shenen.

Shenen has been to every Titans game this season, both home and away, except for one. He linked up with other dedicated Titans fans, who call themselves Bud's Boys, to tailgate at every Titans game.

"We even had Jevon Kearse show up and take pictures with fans and sign our bus," Shenen said.

This Friday, they'll get ready to hit the road with nearly 20 people to set up his tailgate in Baltimore and then attend Saturday's game.

"We bring the noise and energy and get it going," said Shenen. "We have a bunch of friends that give us lights, strobe lights, DJ equipment, and box of flags."

Although this divisional round isn't an easy match-up, Shenen is confident the Titans can seal a win. If they do, Shenen says he'll follow the boys in blue all the way to the Super Bowl.