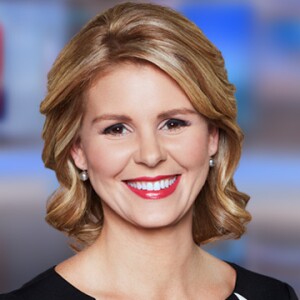 Researchers at the Vanderbilt-Ingram Cancer Center in Nashville has taken steps to change the survival rate many women face when diagnosed with Ovarian Cancer.

Cancer in any form is scary. Cancer with a more than 50% mortality rate is terrifying. However, it’s the reality for one in 70 women.

Ovarian cancer takes so many lives for two reasons: there’s no reliable test to diagnose it and the symptoms usually don’t surface until a patient is in the later stages.

Jayne Wochomurka made medical history while in a battle for her life. At the start of last year, that was not the case.

“I probably was the healthiest I’d been in 15 years,” said Jayne.

Then, while on vacation with her husband, she started to feel uncomfortable.

“Really out of nowhere, I experienced extreme abdominal bloating, constipation, lack of appetite.”

When she returned home, a trip to the emergency room brought shocking news.

“I was told I had ovarian cancer.”

A hysterectomy and 19 chemo treatments followed. Her friends and family, nicknamed Jayne’s Platoon, rallied around. After several trying months, Jayne was declared “cancer free.” But the diagnosis didn’t last. New tests revealed the cancer had spread.

That’s where Dr. Dineo Khabele came in. She’s a triple threat when it comes to fighting cancer – a Vanderbilt doctor, surgeon and researcher. In her practice, she’s seen too many women like Jayne.

“When I'm sitting in an exam room and talking to them about the fact that we don't have good screening techniques or some of our treatments are very toxic. That brings me back to the lab,” explained Dr. Khaeble.

The goal of her work is to change the way ovarian cancer is detected and treated.

Once the science proves itself under the microscope, Dr. Jordon Berlin entered the picture.

“My job is to take the work they do at the laboratories here at Vanderbilt and try to design clinical trials to help bring that laboratory work to the patients," he said.

Jayne became part of a new concept in cancer care called immunotherapy, and she’s part of a trial at the Vanderbilt-Ingram Cancer Center.

Along with daily medications, Jayne received an infusion of two drugs every other week. One drug has shown promising results in treating melanoma, the other was an experimental drug. It was a risk Jayne was willing to take.

“I felt going a more immunotherapy route where my body is trained to kill cancer cells seemed to make more sense to me than more chemotherapy, that in the end didn’t work,” said Jayne.

The best news, Jayne said was that the treatment had been working.

September is Ovarian Cancer Awareness Month. On September 26th, a fundraiser called Chic Awareness will take place at Prima in the Gulch.

There will be a fall fashion show, food, cocktails and lots of fun. The money raised goes directly to research at the Vanderbilt-Ingram Cancer Center. To find out more, go to: chicawearness.org