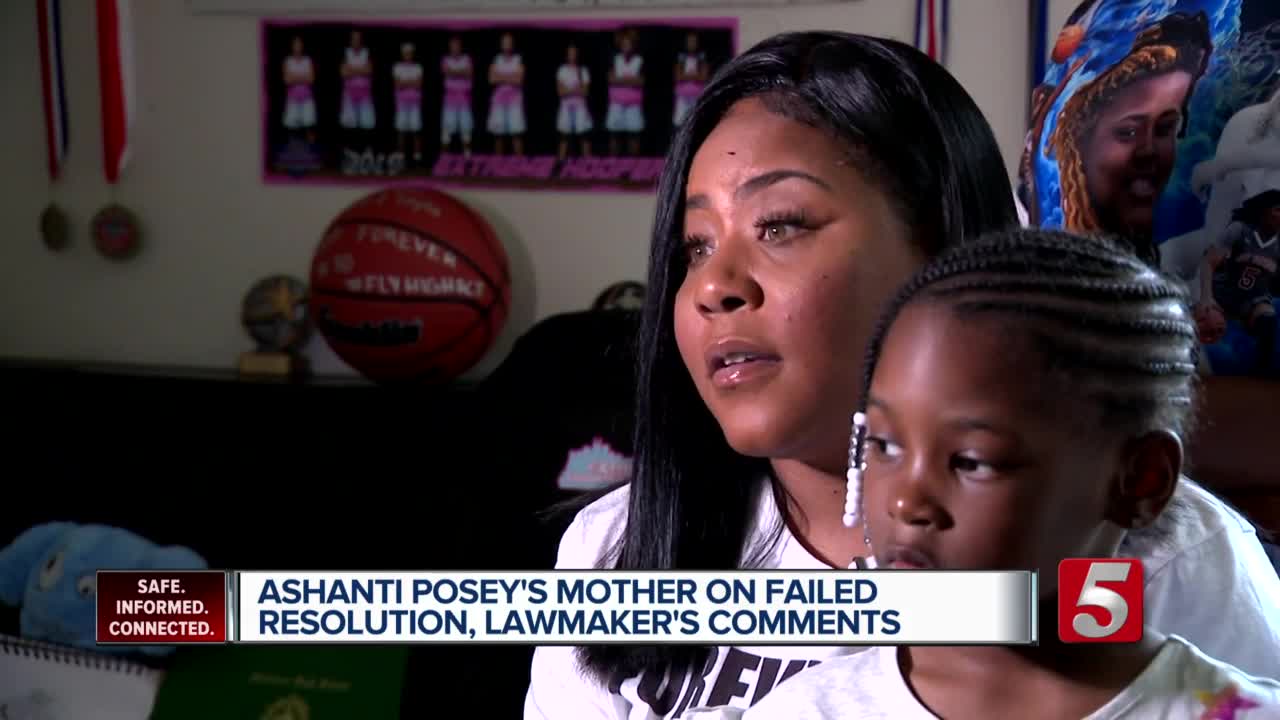 Amber Posey said she was extremely angry after hearing comments by a representative about her 17-year-old daughter Ashanti. The Hillsboro High School senior died after someone opened fire on her silver Malibu at Whites Creek Pike and Green Lane in early April. 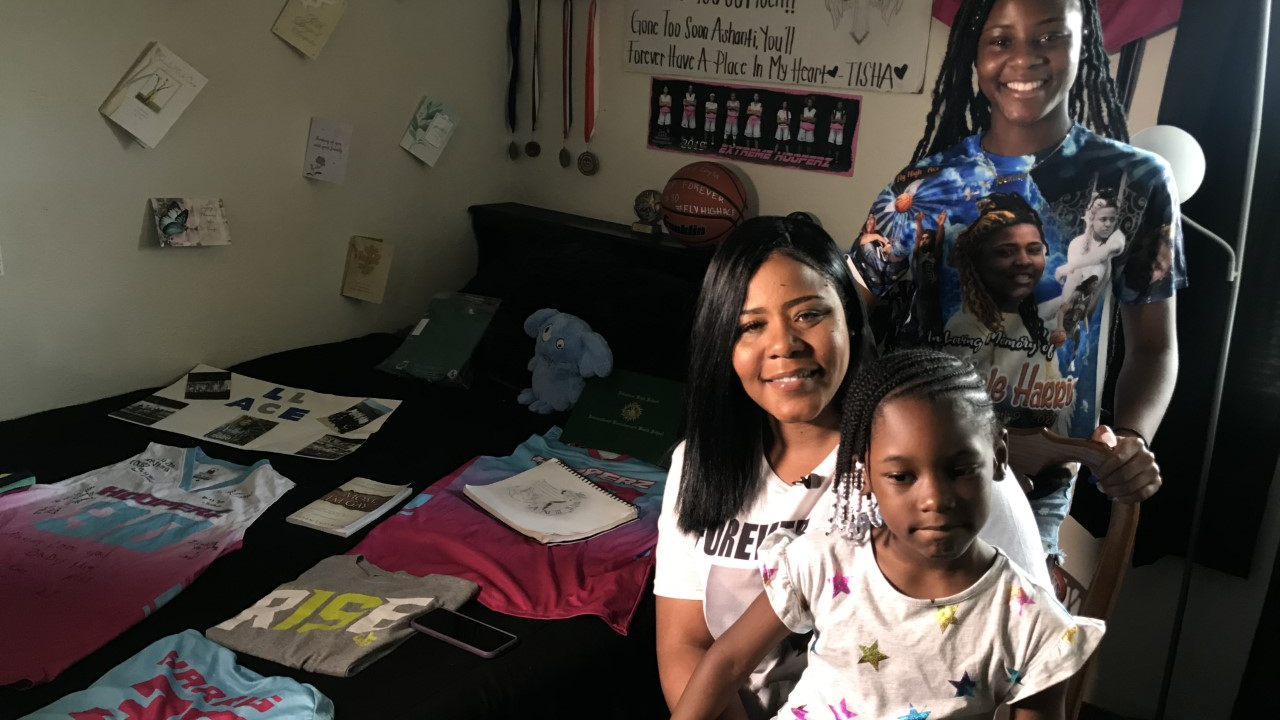 NASHVILLE, Tenn. (WTVF) — The uproar of emotions that ensued after a resolution to honor a teen shooting victim in Nashville failed rippled from the Capitol.

Amber Posey said she was extremely angry after hearing comments by a representative about her 17-year-old daughter Ashanti. The Hillsboro High School senior died after someone opened fire on her silver Malibu at Whites Creek Pike and Green Lane in early April.

Senator Jeff Yarbro, D-Nashville, sponsored the resolution that would have honored Posey and publicly express sympathy and condolences for her family.

Posey was a beloved teenager who made a difference in the lives of her classmates and principals, according to her family. Notes and cards fill the walls of her bedroom alongside pictures and other items from many people sending condolences to the family.

“She was an amazing basketball player and outstanding student. The volunteer work she was doing with Hillsboro to help with the homeless and recycling and the support group for the LGBTQ community she started at Maplewood were things I had no idea about until she died. Kids started telling me she would go pick them up in her car and made sure they got to school on time,” Amber Posey told NewsChannel 5.

The Senate passed the resolution unanimously but it failed in the House on Tuesday in a 45-1 vote. The resolution needed 50 votes to pass but 39 other representatives chose not to vote even though they were present including House Majority Leader William Lamberth, R-Portland.

Rep. Lamberth said on the floor that he would not vote in favor and said in part, “Due to the behavior and I would say choices that she was involved with at the time, I cannot in good conscience vote in favor of this. I rise to apologize to her family and friends and say that I do feel in my heart that I wish I could support this resolution but I simply cannot, given the activity that she was involved in that led to her demise.”

Multiple lawmakers and activists on the House floor erupted with anger and disappointment. Some of the advocates were arrested and had to be escorted out.

“I have a problem. You don’t know my daughter, you know what was only spoken to the media, and you don’t know her as a person to speak on her behavior based off of one night that took her life,” Amber said in response to Lamberth’s statement. “Everyone else who knew who Ashanti was and what she stood for. One opinion doesn’t matter to me.”

In a press release from the Metro Nashville Police Department, officials said Posey “had just left a nearby neighborhood where they had made a small marijuana sale” before someone shot at the vehicle she was driving and killed her."

Her mother said she was not involved in a drug deal, and that her daughter was targeted because she was a lesbian.

“It was targeted and personal and it wasn’t over drugs. It was over who my daughter was an openly gay and happy black teen,” Amber said.

Amber said the passenger who police said climbed into Posey’s lap and drove several miles to call 911 was her girlfriend. Although she can only say so much pending an ongoing investigation, Amber not only questions the passenger’s credibility but casts doubt about her statement she allegedly made about the drug sale.

In a series of tweets following the failed resolution, Yarbro dove into Posey’s character as his way of recognizing the teenager. In one tweet, he said, “It’s just basic human decency to mourn with families who lose children. But Ashanti in particular deserved better than what she received on the House floor tonight.”

“We are so proud of the life that Ashanti lived - one that was filled with kindness, hard work and generosity. She started a support group for LGBT students at Maplewood High school, worked two jobs, and was on her way to Western Kentucky University. Her memory deserves only the highest honors.”

The day after the resolution failed, Lt. Governor Randy McNally called for a moment of silence in the Senate in honor of Ashanti. Sen. Yarbro led the group of lawmakers in prayer, for the Posey family.