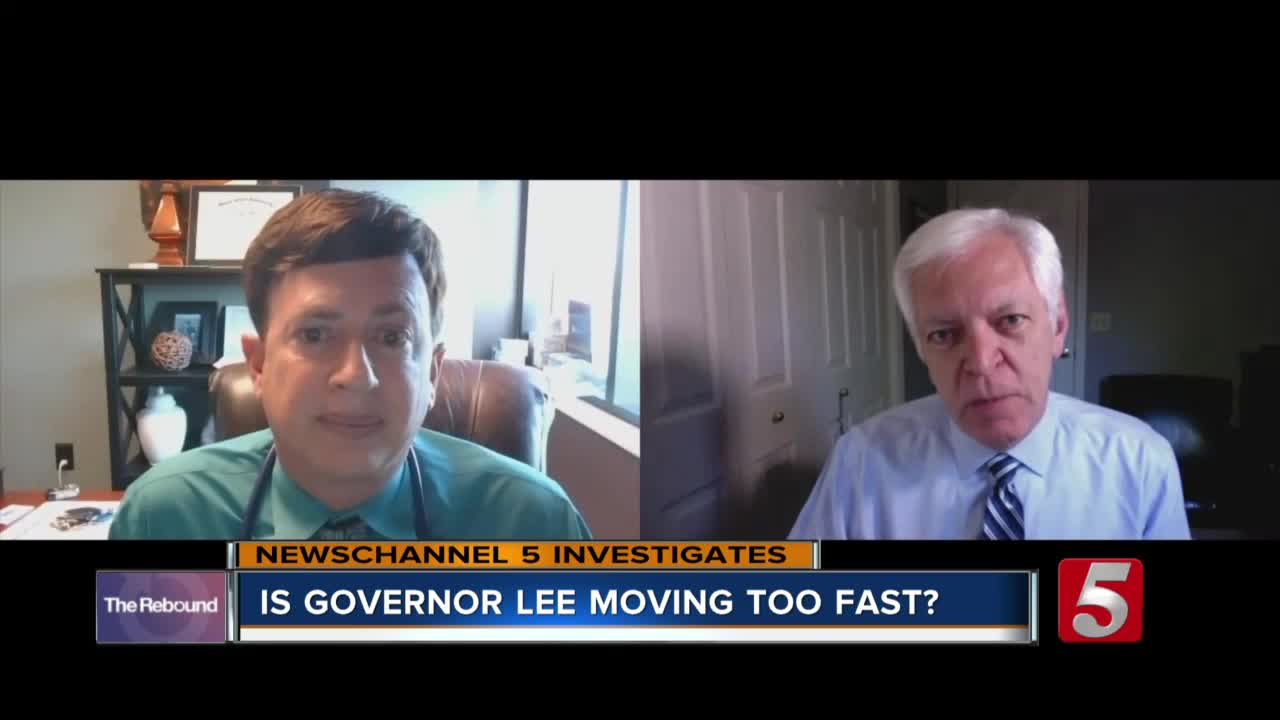 Tennessee Gov. Bill Lee insists all the numbers indicate that now is the right time to start reopening Tennessee's economy. But do those numbers add up? 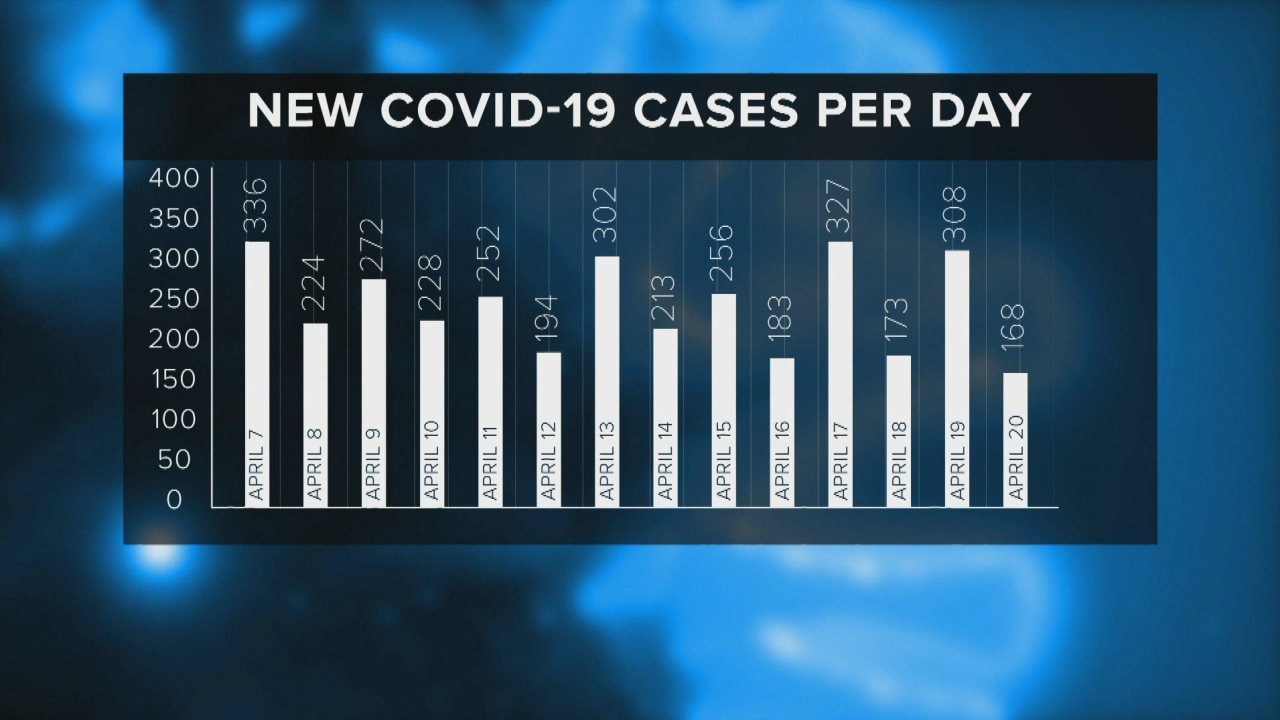 But do those numbers add up?

No one disagrees with the idea that Tennesseans are ready to leave their homes and get on with their lives.

The question is: how and when?

"If you are able to do this right, then the state could potentially get an 'A,' said Dr. Aaron Milstone, the Franklin pulmonologist who led the effort to convince Lee to impose the stay-at-home order.

"But, again, if you do things wrong, then we are really going to have a significant problem a month from now."

After two days of street protests over Tennessee's stay-at-home order, Lee made it official Monday that he was finished.

"While we will continue social distancing for Tennesseans, I will not extend the safer at home order past April 30th," the governor said.

Milstone and other medical professionals questioned whether the decision seemingly driven more by politics than science.

One of the areas being closely watched -- a metric developed by Johns Hopkins University and touted by the White House -- is the number of new cases over a two-week period.

NewsChannel 5 Investigates ran the numbers for the past 14 days, and they don't reflect the decline many experts would like to see.

"Tennessee does not meet the federal health standards for phase 1 reopening," Lieu said. "Your state is not on a 14 day downward trajectory."

Dear @GovBillLee: Tennessee does not meet the federal health standards for phase 1 reopening. Your state is not on a 14 day downward trajectory. Tennessee had more #COVID19 cases yesterday than two weeks ago.

Why are you violating the reopening standards set by @realDonaldTrump? https://t.co/evY6THsM6V

Lieu added, "Why are you violating the reopening standards set by @realDonaldTrump?"

On Monday, Lee's health commissioner boasted about another number.

"For the first time, the number of recovered cases exceeds the number of active cases. Essentially, that means there are more people that have gotten over the disease than are now getting infected. That is very encouraging."

It was encouraging, we discovered, if you did not count people who have died.

Add together the active cases and the number of deaths -- 3,663 -- and Tennessee was still in the negative.

The latest numbers released just Tuesday afternoon show that, if you include deaths, Tennessee has finally moved into positive territory today with the number who have recovered

"While there are counties that can probably open up in the state of Tennessee based on a low incidence of COVID-19 and the number of tests they have done, there are also counties where the hospitals are quite busy," Milstone added.

A report last week from Vanderbilt showed the virus was still spreading faster in southern Middle Tennessee than any other part of the state.

That's why medical experts caution, you can't leave the decision up to people in the streets.

NewsChannel 5 Investigates asked the doctor,"For some people, survival is getting back to work and being able to put food back on the table. Do you understand that?"

"I certainly understand the need to reopen the economy and reopen the -- and I support that entirely. But what I also would say is I support doing it right and being judicious and following science, not politics."

Milstone said how this turns out depends on how much the state can actually enforce social distancing -- as it tries to reopen the economy.