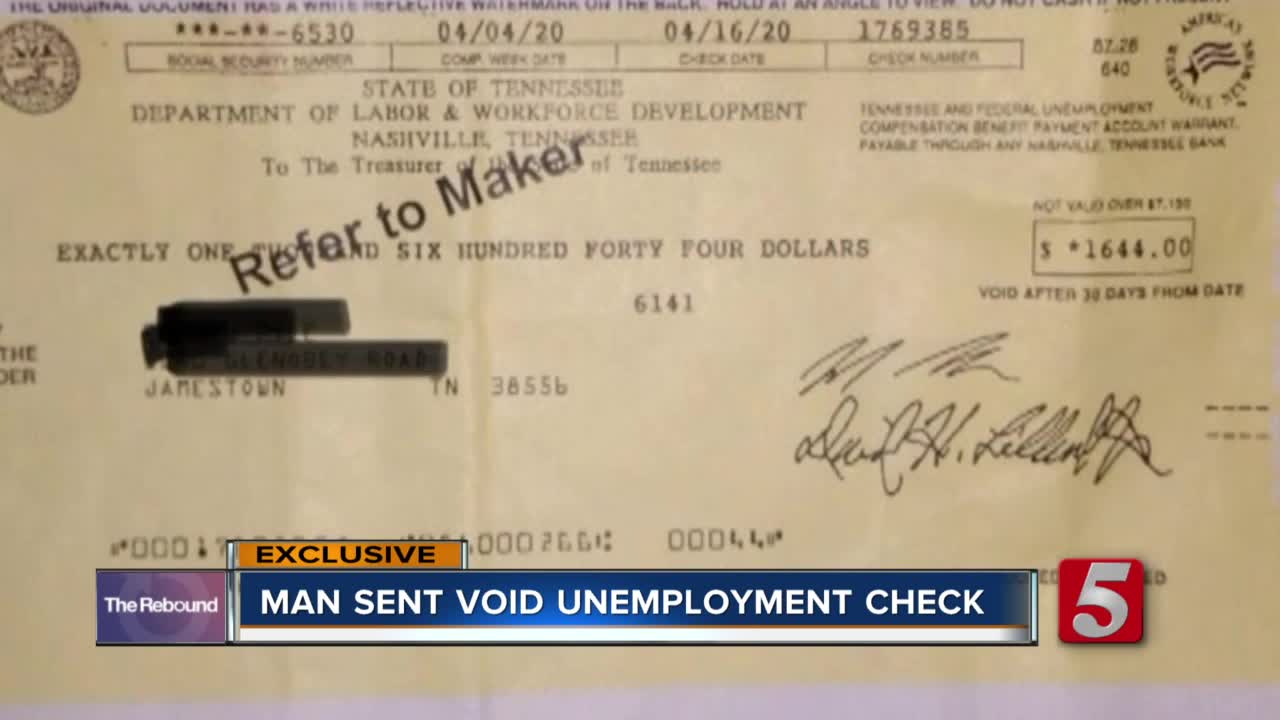 State unemployment officials confirmed with NewsChannel 5 that a paper check was sent from their vendor to a Tennessee man, who had to return all $1,600 because the check was void. 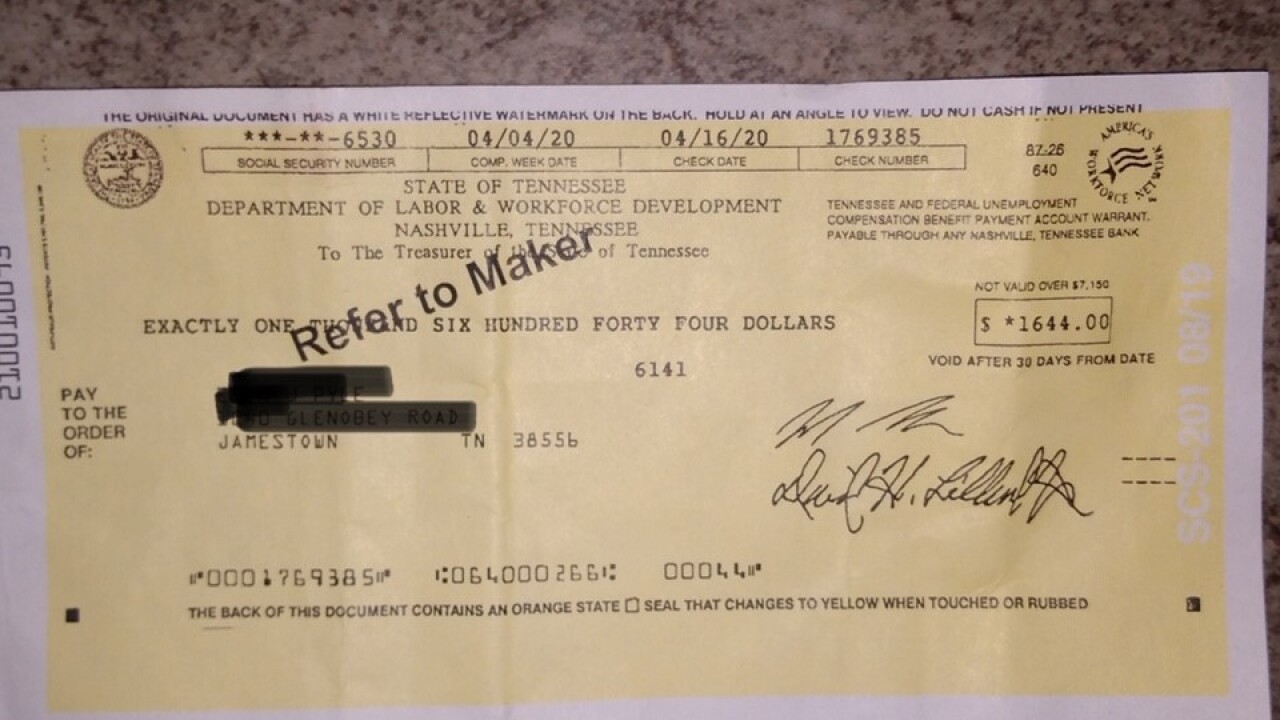 NASHVILLE, Tenn. (WTVF) — State unemployment officials confirmed with NewsChannel 5 that a paper check was sent from their vendor to a Tennessee man, who had to return all $1,600 because the check was void.

Nothing on the check suggested there would be a problem according to the Jamestown man, who decided to conceal his identity.

He says it was only after he put this check in his account, that all his problems began.

Rep. John Mark Windle got a picture of the check from his constituent and sent the picture to NewsChannel 5, as well as the Tennessee Dept. Of Labor and Workforce Development. He says the man was out buying groceries with the money he got from what at the time, was his first unemployment payment in weeks.

“He got a call from the bank and they said you need to come in and make the checks good,” said Rep. Windle.

Rep. Windle tells us the man has two kids and was eager to deposit the money as soon as he could.

If this is your first time hearing about a physical unemployment check being sent during the pandemic, believe me you’re confusion is understood. The Jobs4TN site has made it clear payments are made through direct deposit or Way2Go prepaid cards.

Now we’re hearing that in very few cases, a check may be sent out if you’ve filed for unemployment long before and your default was to receive a check. The same is done in cases where money is owed for things like child support to “pay the balance of the benefit.”

"During this particular run of checks, the claimants payment was inadvertently included. This person had a claim many years ago when checks were an option and has not been unemployed since. When he filed recently the conversion issue defaulted him to the original payment type from the last time he filed, which was a check," according to Chris Cannon with the Dept. of Workforce and Labor.

Cannon tells us once the check was returned to the department, they “followed up to ensure the claimant received the benefits covered by the check.”

“We’ve got to do whatever it takes to fix the problem. these people work for a living. This is not welfare. I know that the administration is trying to work through it and do the best they can, but there are many Tennesseans out of work for eight to nine weeks, without their first unemployment check,” said Rep. Windle.

Rep. Windle suggests that if you have received one of these checks, contact the Tennessee Dept. Of Labor and Workforce Development to confirm that the check was meant to be sent out. You can also contact your local legislator, who can send your information to state unemployment officials.