Legislators put faces to the thousands of unpaid unemployment claims 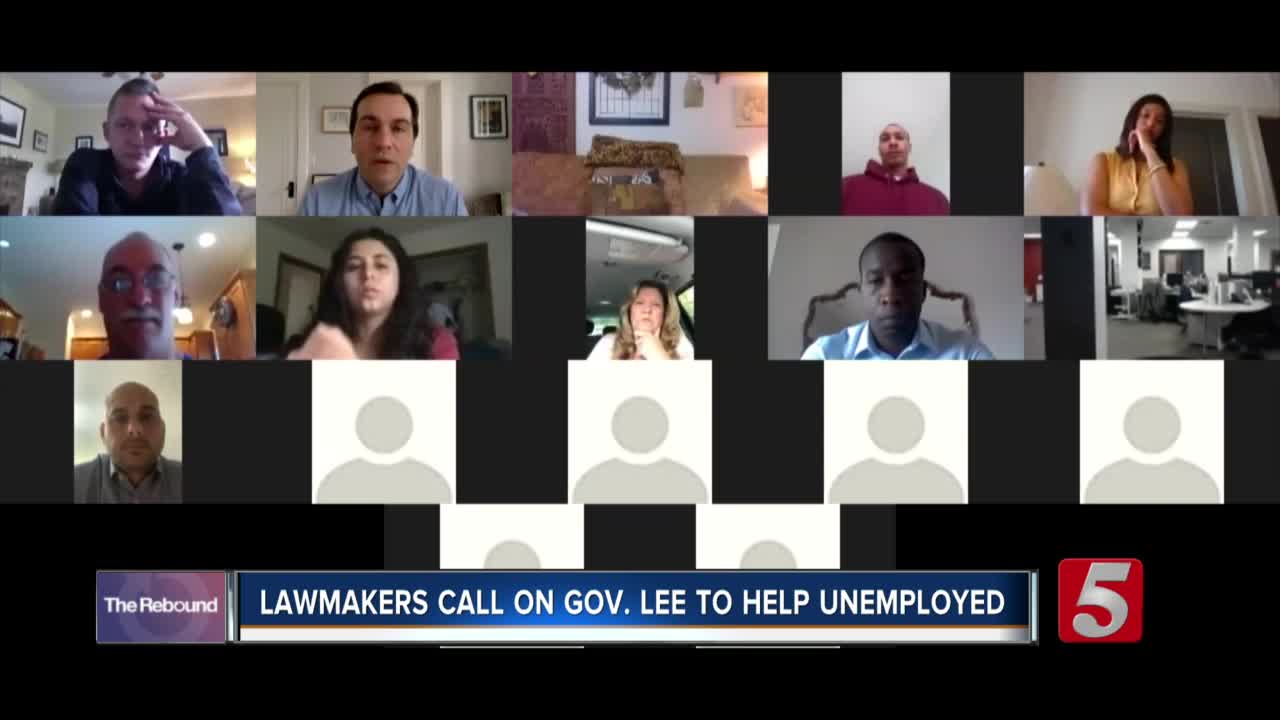 Tennessee legislators are working to personalize the stories behind unemployment claims, they feel have been largely forgotten by Governor Bill Lee. 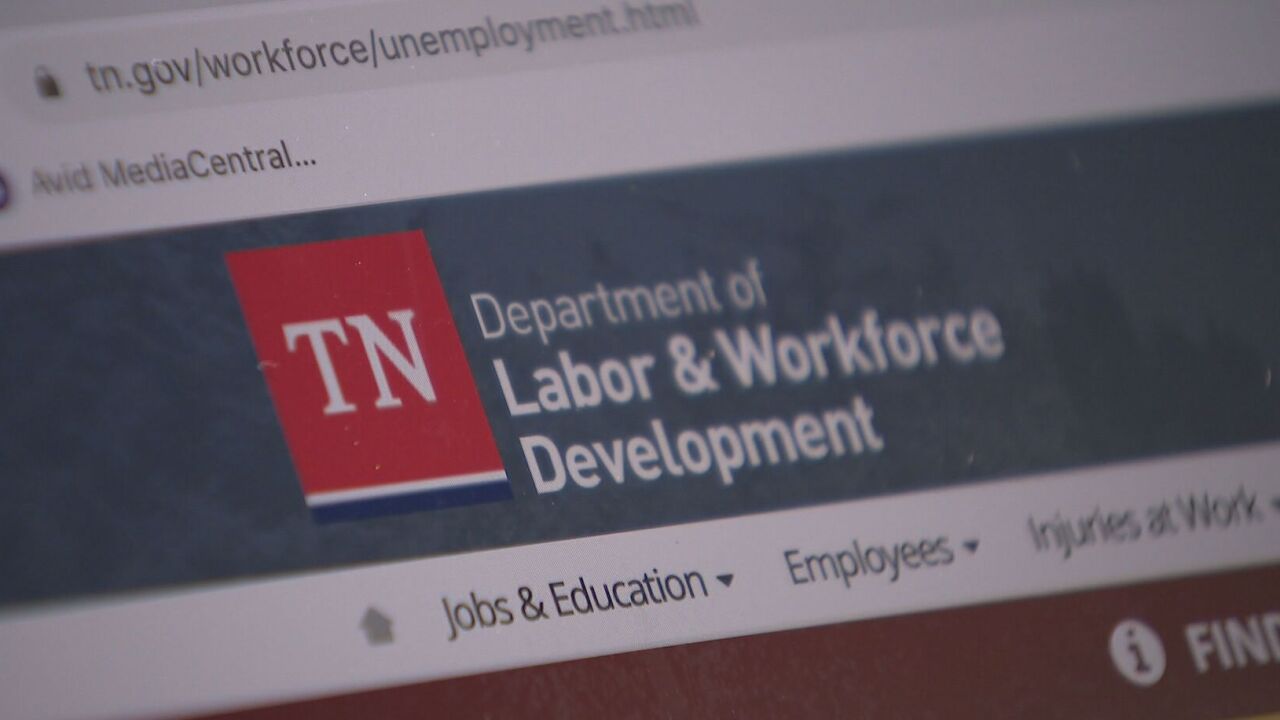 NASHVILLE, Tenn. (WTVF) — Tennessee legislators are working to personalize the stories behind unemployment claims, which they feel have been largely forgotten by Governor Bill Lee.

The Zoom meeting organized by state representatives John Ray Clemmons, Gloria Johnson and Jason Hodges was a call to action for the governor’s office.

Clemmons said the state has let everyone down in terms of making unemployment benefits available.

Clemmons and his colleagues have been on the receiving end of hundreds of emails each day, from people who are nearing their ninth week without so much as one unemployment payment.

Mohlman said he spent hours sitting in front of a computer screen waiting for a chat specialist on the Jobs4TN site, only for the page to time out. He only turned to the chat function after spending hours on the phone lines without any answers.

Christie O’Brien of Clarksville said she’s given up on the website altogether. The last time she spoke with a live representative at the call center, she was told her claim had expired. She’s now counting on a miracle to change things around.

Jonathon Murray of Stanton was the last to speak. He said after working at McDonald's and realizing the severity of COVID-19, he was given separation papers to stay at home. He said the welfare of his family was the first thing on his mind, as he and his wife have trouble breathing under normal circumstances. His decision to stay quarantined has been made even more difficult without any guarantees for his unemployment payment.

“It’s frustrating. I’m pretty much at the point where I say screw unemployment and I think about going back out there and risking it to get another job,” said Murray.

Clemmons said in his early morning meetings with Gov. Lee and other legislators, the governor makes it appear as if the problem doesn’t exist.

“It was the same this morning. We get no answers, we ask no questions and he just reads a script basically,” said Clemmons.

In a response to NewsChannel 5, Gov. Lee’s office pointed us to his comments on Monday, where he calls the delays regrettable. At the same time Gov. Lee continued to praise the state for hiring more than 300 more people to answer calls and process claims.

“I think we were one of the first states in the country to actually process the unemployment insurance benefit and I’m proud of that, but nonetheless, it’s been very challenging. We’re really encouraged with where we are today and the number of claims that have been processed,” said Lee.

According to a statement from the Tennessee Department of Labor and Workforce Development, “during the week of May 11 alone, TDLWD paid more than 319,000 claimants approximately $359 million in unemployment benefits.”

They say they’re working to find new ways to process the small percentage of older claims. Which could soon mean accepting voicemails to lower the call volume each day and answer questions efficiently.

“While it is a small percentage, we know if a claimant is part of that group, the number of claims currently processing is irrelevant to them. This weighs heavily on each member of the team working to process these claims as quickly as possible,” department representatives said.

To help answer as many questions as soon as possible, The Jobs4TN call centers will be open on Memorial Day.

Below is the full statement from TDLWD:

The Tennessee Department of Labor and Workforce Development experienced a sudden and unprecedented surge in unemployment claims due to the COVID-19 crisis. During the week of May 11 alone, TDLWD paid more than 319,000 claimants approximately $359 million in unemployment benefits.

Since mid-March, the Department has taken a proactive approach in trying to meet the demand of the historic spike in unemployment. We immediately realigned department employees from other divisions to work on employment claims and customer service. In the weeks since, the Department has tapped new resources to provide even more capacity to help Tennesseans. There are nearly 500 additional people working in the unemployment division compared to the beginning of May.

The Department upgraded the hardware that powers Jobs4TN.gov twice during the first six weeks of the crisis. The last update provided enough capacity to eliminate nearly all responsiveness issues when using the site. While those upgrades were taking place, TDLWD and the site’s vendor also built three new unemployment programs provided through the CARES Act, and did so in a timeframe ahead of many other states across the country.

Our call centers experience extremely high call volume daily. At the start of the pandemic, the Department had 20 people answering phones. Today that number is approximately 400 people. We will deploy new methods to help communicate with claimants in the coming days. An enhanced virtual chat agent named Peyton will be able to answer many questions, in addition to live chat agents. With a more experienced staff available, the Department will soon start accepting voicemails from claimants. This will give them an opportunity to leave critical information about their claim so someone can look into any issues they may be experiencing.

The department is diligently working to process a small percentage of older claims that have yet to move through the system. While it is a small percentage, we know if a claimant is part of that group, the number of claims currently processing is irrelevant to them. This weighs heavily on each member of the team working to process these claims as quickly as possible. We know Tennesseans are depending on these benefits to make ends meet during this crisis. We are using new methods and technology to group common issues together, and solve them as a group, so the large numbers of claims can process at one time.

The people of this Department are not only working extremely hard, they are also invested in helping each and every Tennessean who is eligible for unemployment. We have made tremendous progress over the last two months, but we know we have much more progress to make. In order to keep up the momentum, unemployment division staff and our call centers will be open on Memorial Day.