Orders on unemployment actions are far from complete, but some already anticipate issues 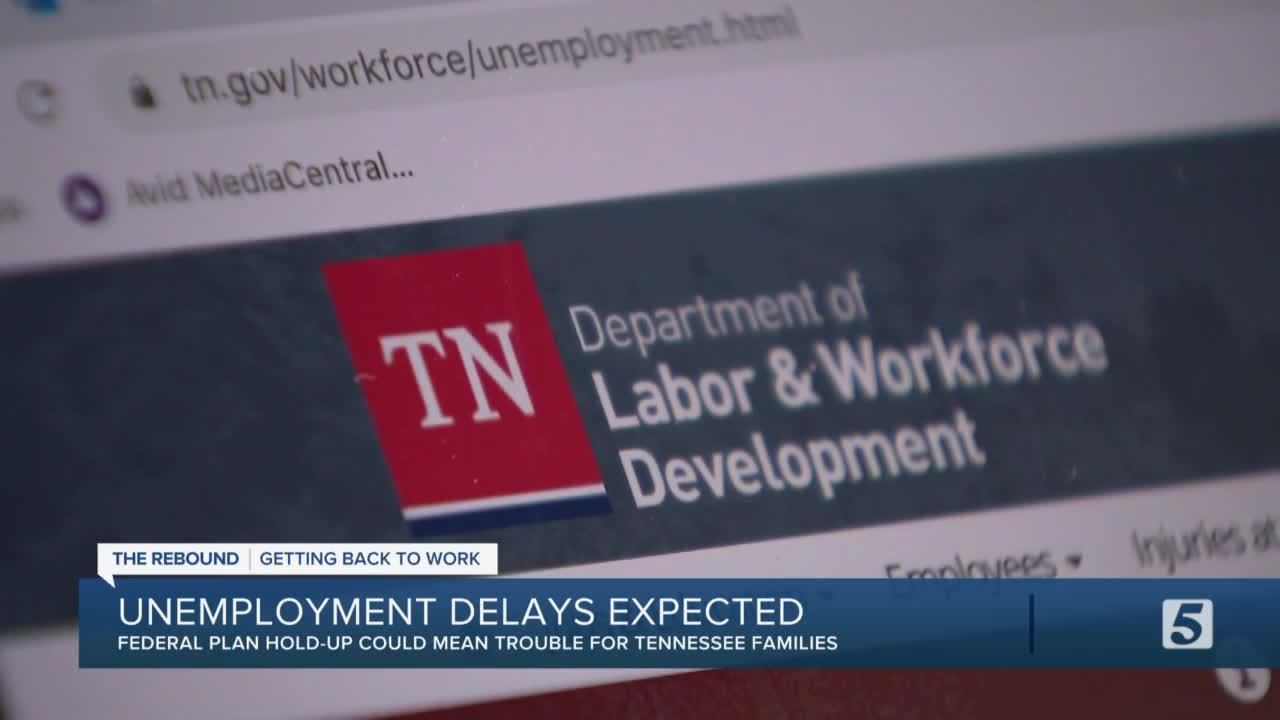 NASHVILLE, Tenn. (WTVF) — The Tennessee Department of Labor & Workforce Development says changing from the federal unemployment compensation fund of $600 will require time. All, of course, depending on how soon states can adopt the new requirements listed as part of President Donald Trump’s latest executive action.

After stimulus talks came to a virtual stalemate between legislators, President Trump signed the actions with the hope of ensuring progress much sooner. Up to $44 billion from the Disaster Relief Fund is being allocated to the “Lost Wage Assistance” program as a way to supplement what states are already paying in unemployment benefits. The problem lies in how states adjust to the change in the first place.

Tennessee unemployment officials tell us they’re reviewing guidance from the U.S. Department of Labor and are asking “important questions about the program that would provide additional federal unemployment benefits.”

The executive orders signed by President Trump says it offers $400 per week, as long as each state is willing to cover at least $100 of that payment. With many states around the country dealing with budget shortfalls, experts say no states so far have committed to paying that $100 share. What it realistically leaves most people with is $300 each week.

“It’s hard to say no to wherever it’s going to come from, but I think they are seriously lowballing and hurting people desperately,” Deb Guy said.

Guy has worked sporadically between states these past two years and when jobs dried up, she wasn’t promised much from Tennessee unemployment.

It wasn’t long ago where she could at least count on an extra $600 thanks to the CARES Act. Having both her state and federal benefits run out, Guy is left with practically nothing.

If she could, she would find a job sooner than later, but her auto-immune disease keeps her at home most days. Guy says she’s at a point where she has to apply for SNAP as she waits for her unemployment extension to be processed.

State Rep. John Ray Clemmons says stories like these have become far too normal as he continues to field dozens of calls every day. In some cases, these are people who have yet to claim one unemployment payment.

“The state has failed to begin with. They seem to be trying to or making progress towards figuring it out. So any new program or new order put in place and reinventing the wheel is just going to create more headaches,” Clemmons said.

Clemmons says unlike many other states, Tennessee may just be in a unique position to actually contribute the $100 expected of them.

“Here in Tennessee of course, we have a sizable rainy day fund and in all honesty, it is flooding outside,” Clemmons said.

Rent is one of the biggest concerns for the people Lisa McCrady helps every day through Metro Action Commission. Many of whom she says would not know what to do if the $600 federal unemployment boost was not renewed.

She says what makes now different than in years past is who needs the help. In the past few months, McCrady has seen families who once made too much money to be eligible for assistance, requiring help with covering their expenses. This time last year, McCrady was helping 114 families with rental assistance, now that number is up to 1,200.

The CARES Act eased those restrictions earlier this year, so more people could apply for help through rental assistance programs. When we last talked to McCrady, the expectation was most families would have rebounded by now, but she says many are still struggling to find stable income.

Many have argued, President Trump’s executive action was created to help families recover, but also incentivize them to return to work. McCrady says for the families they serve, these unemployment payments keep them alive.

“They’ve been trying to get work. The thing about it is that COVID has impacted a lot of industries and so there are some places you would have been able to go and get a job that re just no longer there,” McCrady said.

McCrady says if there’s one thing she wants legislators to hear it’s to, “keep the lives of the many people that you represent in your head and your heart as you’re making these decisions,” McCrady said.

Clemmons says he’s urging anyone seeking unemployment help to contact their U.S. senators and encourage them to revisit the HEROES Act, already passed by the House of Representatives. The bill would continue the $600 bonus payments through January of 2021.