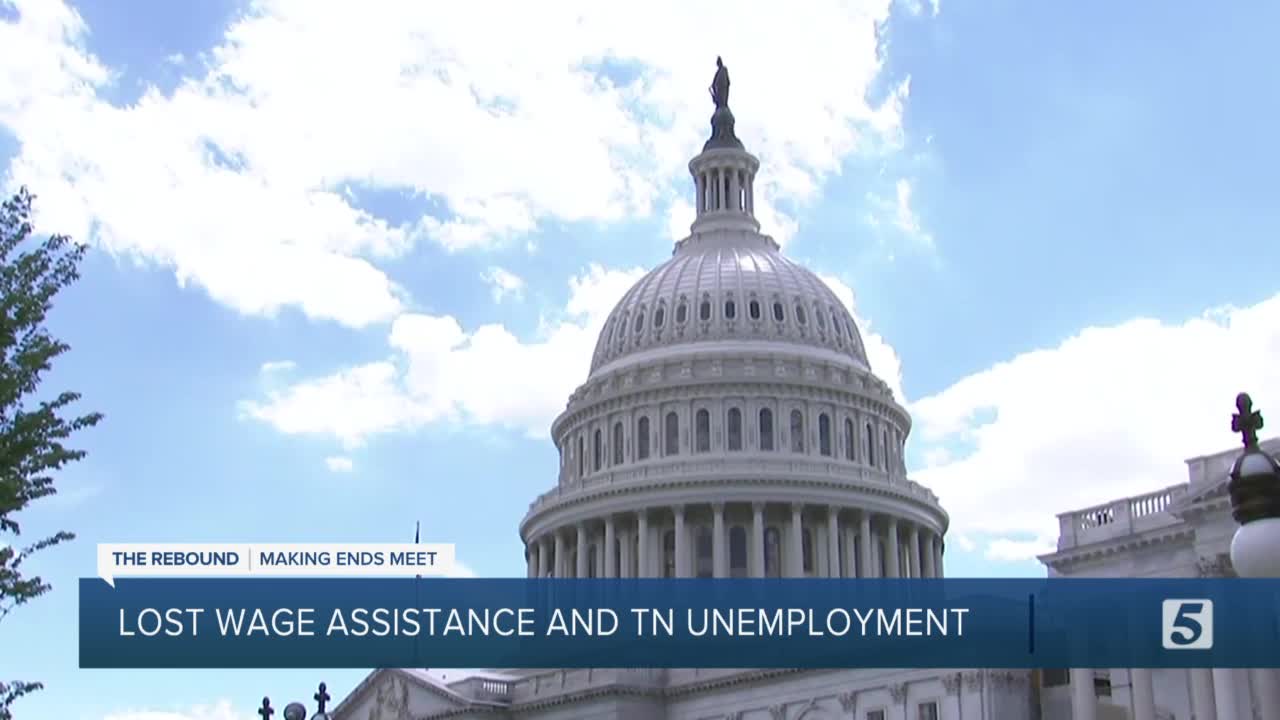 State officials say being ahead of these changes to their unemployment system, will ensure a much faster process in paying out claims.

NASHVILLE, Tenn. (WTVF) — State officials say being ahead of these changes to their unemployment system, will ensure a much faster process in paying out claims.

Tennessee is one of 22 states so far to apply for the $44 billion dollar Lost Wages Assistance grant through FEMA. What it does is provide an extra $300 to unemployment claims, bringing the total max per week in the state to $575 before taxes.

“We really have no idea how long it will take FEMA to turn around the applications as more states send in those applications,” Chris Cannon said.

Cannon works for the Tennessee Department of Labor & Workforce Development and says this show of urgency helps us avoid some of the early growing pains we faced with the CARES Act back in March.

Unlike the CARES Act, this money is money is retroactive back to August 1, as long as your claim was approved back then.

“As soon as that money is approved, we will be that much further ahead of the game,” Cannon said.

The money of course, comes with a few stipulations. For one, to be eligible you have to already receive at least $100 in unemployment benefits every week according to the executive action.

Cannon says that leaves out 9 percent of current claims, which comes to roughly 18,700 people in the state who won’t see this money. The minimum unemployment payment in Tennessee is $30, while the max is $275 each week.

We asked Cannon why the state decided to not pay the extra $100 share of what is still technically proposed as a $400 boost to every claim.

He offered this statement:

“FEMA’s Lost Wages Supplemental Payment Assistance (LWA) grant requires a 25 percent match from states. As an option, this match can come from the aggregate amount of state UI benefits being distributed. Like many states that have applied to this grant. Tennessee is pursuing this option. This $300 option allows Tennessee to maintain it’s Coronavirus Relief Fund initiatives while still more than doubling the state’s maximum benefit amount.”

Cannon points out that this money is finite, so the more states sign on, the sooner the money is likely to run out before the December 26 deadline.