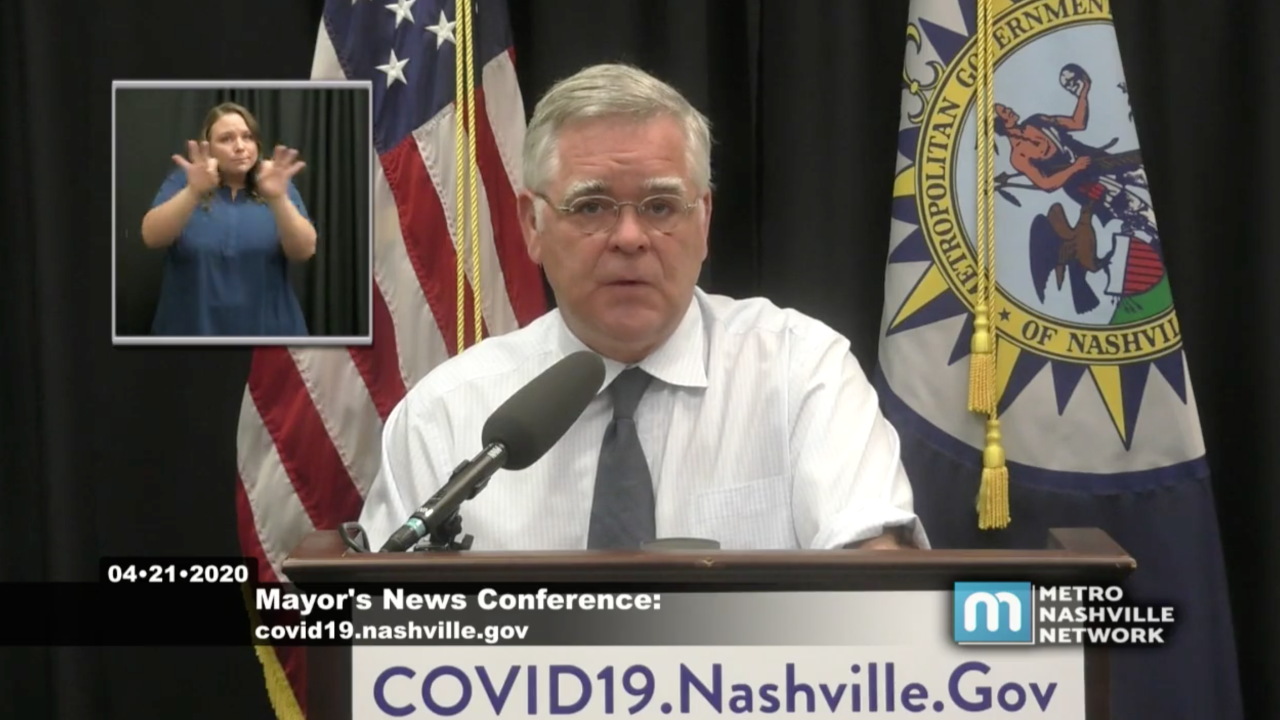 NASHVILLE, Tenn. (WTVF) — A new poll from Vanderbilt University shows Nashville leaders have a strong approval rating for their response to the COVID-19 pandemic, but residents are still worried about the economy.

Vanderbilt released the poll Thursday, saying Mayor John Cooper posted an 80% approval rating – the highest of any mayor since the first Vanderbilt Poll-Nashville was conducted in 2015.

Cooper’s support crossed party lines, too, with 70% of Republicans approving of the job he’s doing. Among Democrats, 86% agree.

“Local residents are understandably anxious about the pandemic, but they are very pleased by the response of local officials so far,” said Geer. “Mayor Cooper rightly gets a lot of credit for how he’s handled the COVID-19 crisis. This support will be invaluable as he wrestles with some difficult decisions ahead concerning budgets and getting the city back on track.”

Metro Nashville Schools Director Adrienne Battle also received a high approval rating, with 79% approving of the job she has done so far.

The Metro Nashville Police Department received 86% approval, which was up from last year.

However, despite the high approval ratings, Vanderbilt says residents are increasingly worried about their financial futures. Just 62% of voters rated the city’s economy as very or fairly good compared to last year’s 82%.

When asked about how they think COVID-19 will impact their own finances, 57% report feeling “very or moderately worried” about not having enough for emergencies. Fifty-two percent worry about being unable to pay monthly bills, 58% are worried about saving for retirement and education and 54% are worried they or someone in their household will lose their job, hours or wages.

Click here to read more about Vanderbilt's findings and methodology.