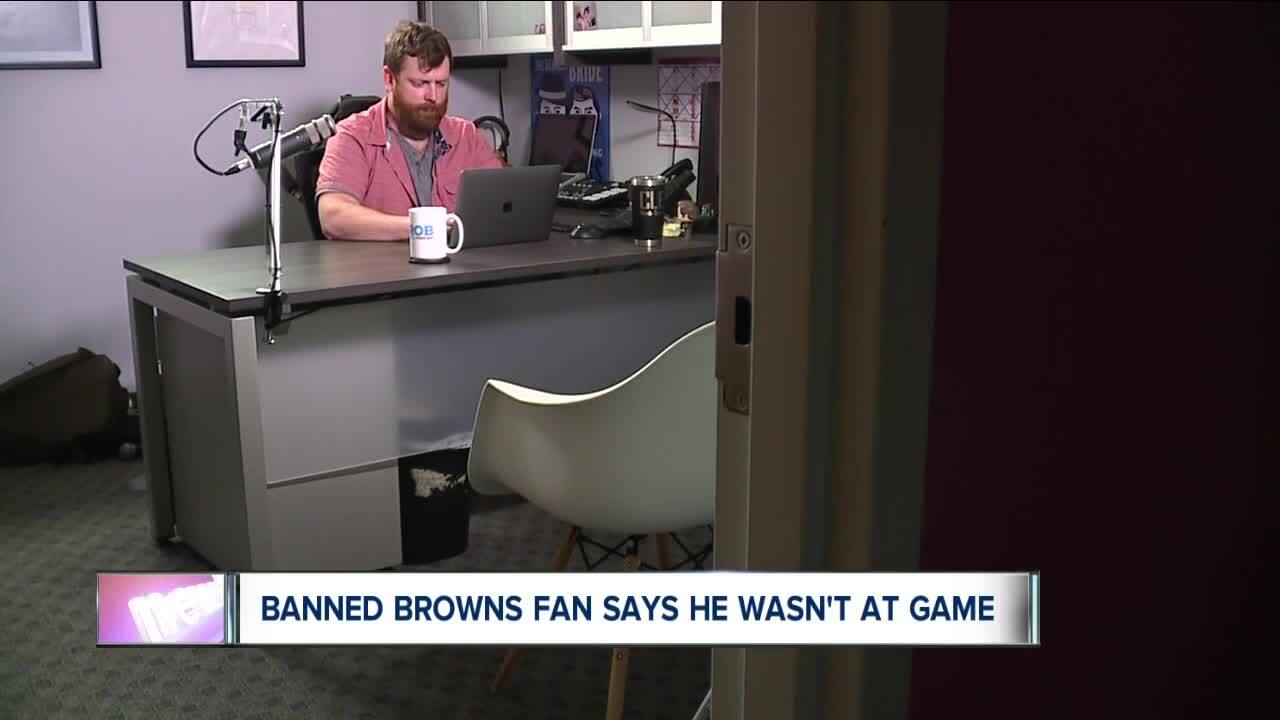 A Browns fan that was banned indefinitely for dumping beer on a Titans player during the home opener said he hasn't been to a game since 2010.

It took the Browns less than 48 hours to allegedly pinpoint Eric Smith as the man seen in a video throwing beer on Titans players after they ran back an interception for a touchdown and then jumped into the Dawg Pound.

This @budlight’s for you?@RealLoganRyan and the @Titans got doused by beer by a @Browns fan after the Malcolm Butler pick-6. 🍺 pic.twitter.com/mQ4QAO8ztM

The Browns said they decided to ban Smith because it's a clear violation of the fan code of conduct, but not only does he deny being the beer-dumper, he denies even being at the game.

Smith said he received a call from a Browns executive saying he had been banned indefinitely.

“Not great, he was not nice to me, he didn’t want to listen to me telling him that I’m a working DJ and I was at a wedding that night and with my family in the morning, he’s 100% convinced that it was me," Smith said.

Smith has some advice for the fan that actually did the dumping.

"Don’t come forward shave your beard, whatever it is. It’s funny all you can do is laugh, it’s hilarious that this is happening to me I wasn’t expecting this when I came into work today," Smith said.

In a statement, the Browns said they have been in contact with multiple people and are continuing their investigation.

“Our investigation of the fan incident on Sunday at FirstEnergy Stadium remains ongoing. While we are continuing to gather information and have been in contact with multiple people as part of that process, we have not explicitly identified the individual involved or taken any formal action of punishment at this time. We will have no further comment until the investigation is complete.”