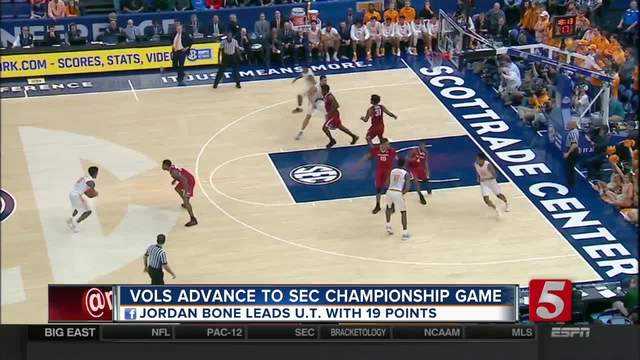 A day after struggling to shoot the ball into the Mississippi River, Tennessee’s offense came to life in Saturday’s SEC Tournament semifinals as the Vols shot 57 percent on the way to an 84-66 win over Arkansas. 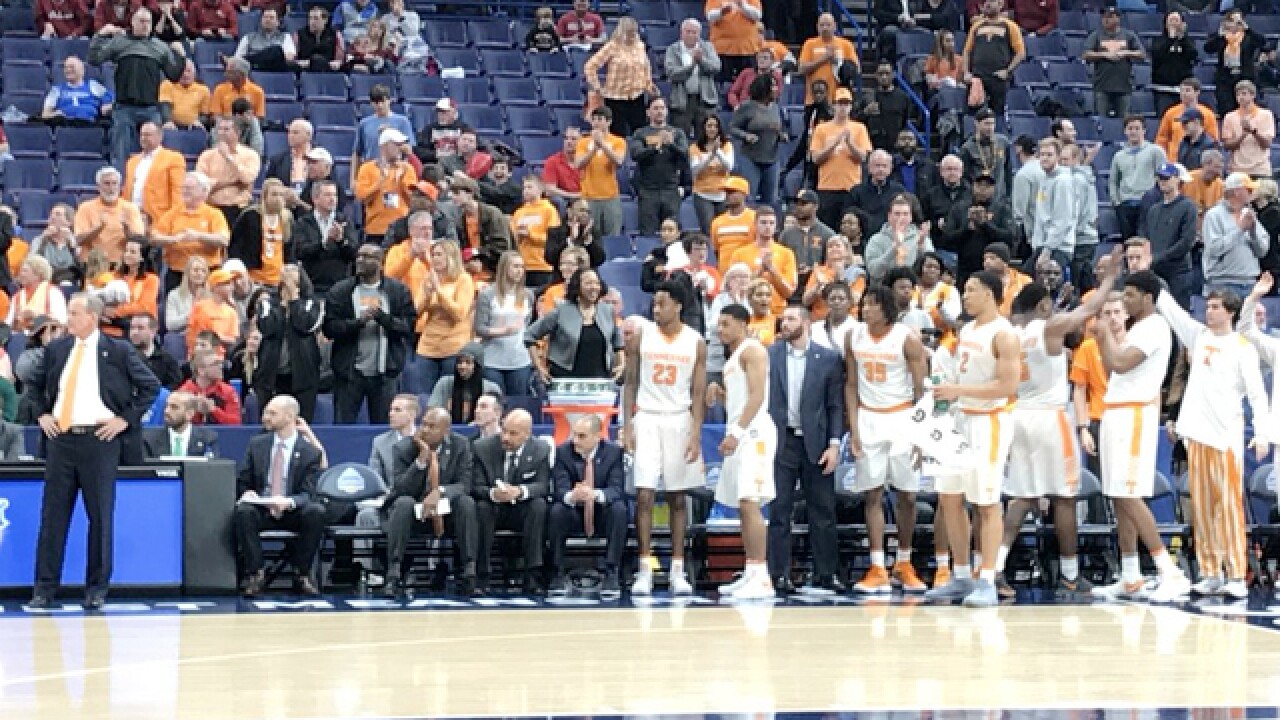 A day after struggling to shoot the ball into the Mississippi River, Tennessee’s offense came to life in Saturday’s SEC Tournament semifinals as the Vols shot 57 percent on the way to an 84-66 win over Arkansas.

Nashville native Jordan Bone knocked down a jumper just seconds into the game and the shots kept falling. The Vols made 11 of their first 12 shots and shot a season’s best 76 percent from the floor in the first half.

“We came out the first half and arguably played the best basketball we've played all year,” Tennessee head coach Rick Barnes said. “Jordan Bone was terrific, and the team actually feeds a lot off him when he's out there playing with the speed and quickness that he has.”

Bone finished with 19 points, his highest point total since scoring a season-high 21 at Arkansas on December 30.

He also chipped in four assists, three in a spectacular first half that saw him go 7-7 from the field and 3-3 from three point range.

“I feel like it starts with me,” Bone said after the game. “I just have to be aggressive. And in order for us to be an effective team, I have to get to my spots and make people react off the plays so I can get my teammates open.”

And it was clear the Vols fed off of him as they used a 17-2 run to blow open a two point game. Admiral Schofield’s three in the final seconds of the first half giving them a 19 point lead at the break.

Schofield chipped in 16 and Grant Williams, Kyle Alexander and James Daniel III all added 12 as the Vols put five players in double figures.

“When (Bone’s) more aggressive, him being the point guard and handling the ball most of the game, we're more aggressive because he has amazing speed and getting what we call the crack down the lane,” Schofield said. “And he makes a lot of plays, two foot plays, and it opens up scoring opportunities for everybody.”

This is a team known for its defense, and rightfully so after it limited Arkansas to just 40 percent shooting Saturday, about 20 hours after holding Mississippi State to 35 percent from the field in the quarterfinals. But when Tennessee picks up the offensive tempo and the shots start to fall it becomes elite and really fun to watch.

Tennessee will now go for the conference championship sweep Sunday afternoon here in St. Louis against a Kentucky team that has now won 11 straight SEC Tournament games after an 86-63 smackdown of Alabama in the first semifinal.

Probably about 75 percent of the 18,729 in attendance at the Scottrade Center Saturday was dressed in blue and roared its approval, and the Wildcats figure to have the edge in fan support again Sunday, making it a difficult assignment for the Vols in a supposedly neutral site.

“What we did in the regular season doesn't really matter at this point,” Schofield said matter of factly. “The biggest thing is we can't go in with the mindset that we beat them twice. We’ve got to get our bodies ready to play, get our minds ready and come out and execute tomorrow.”

Expect Tennessee to be ready.

This is a special team that demonstrated that fact again Saturday. And Sunday it has a chance to make history by flexing its muscles against the SEC’s preeminent power and beat Kentucky for the third time this season.