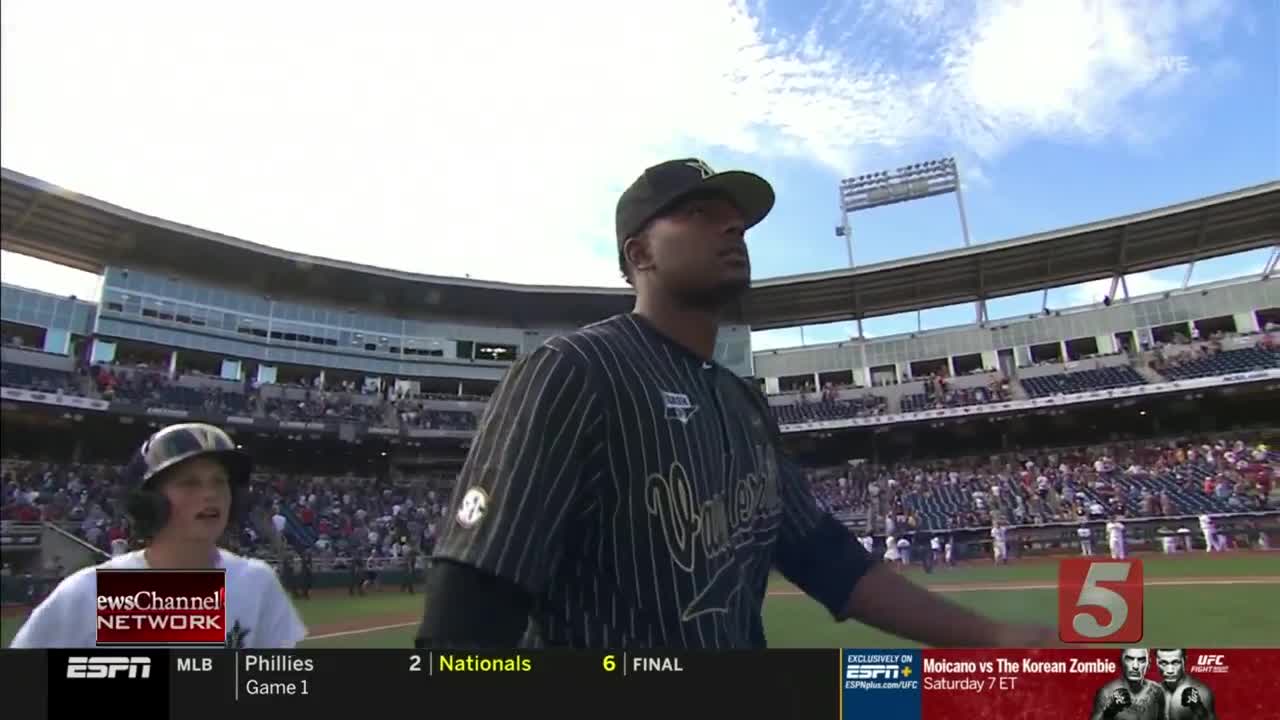 In a matchup of the two favorites in Omaha, Vanderbilt jumped into the driver’s seat of their bracket with a 6-3 win over no. 6 Mississippi State that moves the Commodores within one win of the College World Series finals. 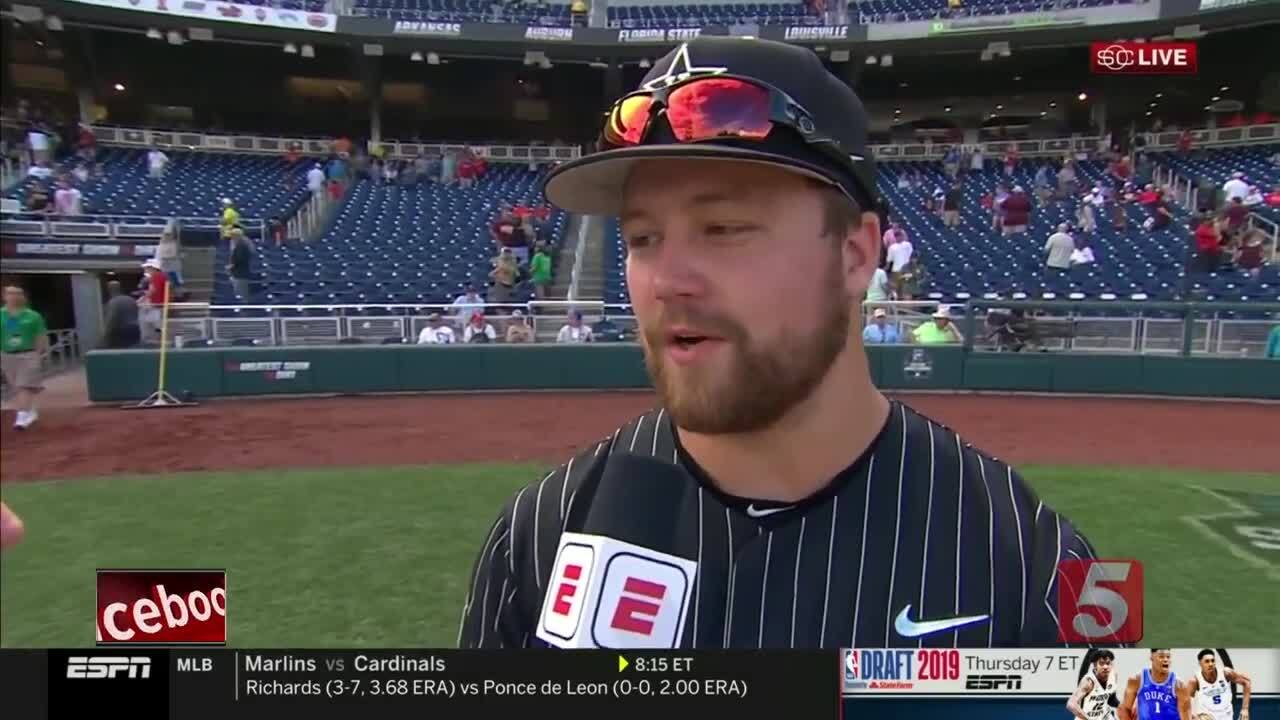 NASHVILLE, Tenn. (WTVF) — In a matchup of the two favorites in Omaha, Vanderbilt jumped into the driver’s seat of their bracket with a 6-3 win over no. 6 Mississippi State that moves the Commodores within one win of the College World Series finals.

Stephen Scott hit a pair of home runs, continuing his impressive postseason. His three-run bomb in the fifth inning nearly hit the scoreboard on the right field concourse of T.D. Ameritrade Park and gave Vandy some breathing room with a 6-0 lead.

That shot, Scott’s 14th homer of the year, followed a RBI double from All-American J.J. Bleday and a run scoring fielder’s choice from Pat DeMarco. The five-run inning was the largest single inning scoring output by any team in the CWS so far and more than enough offense for Commodores’ pitchers.

Freshman phenom Kumar Rocker continued to make professional scouts drool, following up his 19-strikeout, no-hitter in the Super Regional with another strong outing. Rocker used his mid-to-upper 90’s fastball and a devastating breaking ball to hold one of the best offensive teams in the country to just one run on five hits through six innings. He only managed to strike out six Bulldogs after mowing down 12 of the final 15 Duke batters he faced 10 days ago.

The Bulldogs run in the sixth inning ended Rocker’s 19-and-2/3rds inning scoreless streak dating back to the regional, and they tacked on two more runs off the Vandy bullpen in the seventh. Mitchell Gilbert hit a leadoff home run, and Jake Mangum and Tanner Allen both doubled cutting the deficit to 6-3.

Mississippi State leads the nation in comeback victories with 28 this season, including a four-run ninth inning Sunday in which they rallied past Auburn 5-4. Vanderbilt is all too aware of just how hard the Bulldogs are to knockout after State came into Hawkins Field a year ago and won a super regional by walking off with a win in the opener, then rallying for five runs in the top of the 11th inning of game three to end the Commodores’ season.

So things felt a little scratchy when State put runners at first and third with two down in the seventh and brought he tying run to the plate. Tim Corbin was forced to go to the bullpen and fetch closer Tyler Brown. He delivered with a strikeout to get out of the jam, and then pitched the final two-and-a-third innings, allowing just one hit to record his 16th save of the season and put the Vandy Boys in a strong position to reach the CWS finals for the third time since 2014.

Vanderbilt (56-11) will now play Friday night against the winner of Thursday’s elimination game between Mississippi State and Louisville, which eliminated Auburn earlier in the day with a 5-3 win. The winner of the game between the Bulldogs and Cardinals will have to beat the Commodores twice to reach the finals. Vandy just needs to win one game.

The Vandy Boys 2-0 start in Omaha moves their all-time record at the College World Series to an incredible 13-4, including a national championship in 2014 and a runner-up finish in 2015.

And this team with its collection of pitching and hitting stars looks poised to get right back to the brink of a championship.