Layman: Season, future of franchise at crossroads after Denver loss 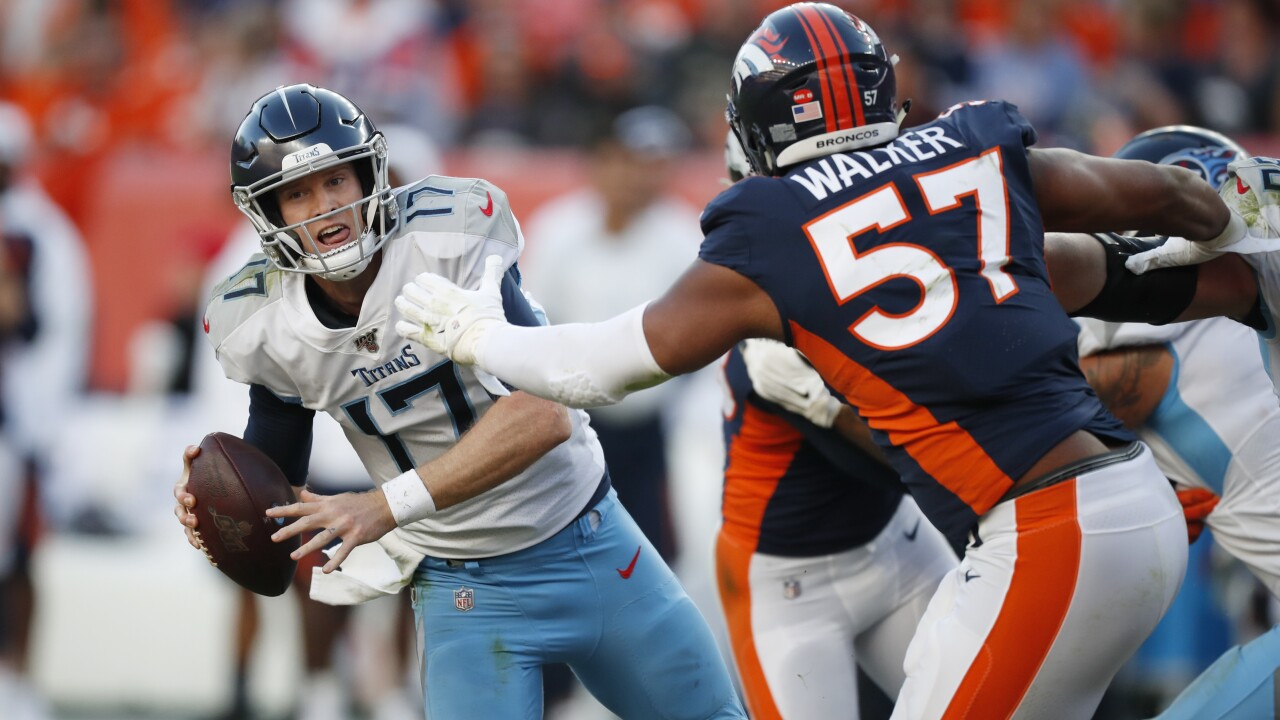 (WTVF) — Just when you thought it couldn’t get worse, it did for the Tennessee Titans in a 16-0 loss Sunday to the Broncos in Denver that put this season and the future of the franchise at a crossroads.

Quarterback Marcus Mariota was pulled, and rightfully so after he completed just seven of his 18 pass attempts. Whether or not he will get another shot as the starter remains to be seen, but his third quarter benching will only increase the chatter that his days in Tennessee are numbered. He will be a free agent at year’s end, and it’s hard to see the Titans ponying up any amount of money for the play they got from him against the Broncos.

This was a day that you could see coming with the offense’s slow start to the season, but on Sunday it became clear. Mariota missed on a screen pass to Derrick Henry on the first play of the game and never found a rhythm. He was sacked three more times in the first half, bringing his total to 25 for the season, and just doesn’t look comfortable in the pocket.

Most troubling, with all the chaos around him, the fifth-year quarterback is struggling with his decision making. He’s not finding secondary receivers that are open and only rarely taking chances that are there. When he did Sunday it backfired with two interceptions. The first one spoiled an opportunity for the Titans’ to get points before halftime. The second – an ill-advised throw late and deep down the middle from a collapsing pocket – set the Broncos up with a short field that led to the only touchdown of the game, a two-yard run by Phillip Lindsay.

The Titans have now scored just seven points in their last 10 quarters of play. They’ve been held to seven or fewer points in three of their six games. That’s why this team is 2-4 and why the move to Ryan Tannehill was necessary.

Tannehill didn’t fare much better. The Titans were unable to put up any points against a Denver defense that had struggled to pressure opposing quarterbacks with just five sacks on the season, but recorded seven on Sunday. Tannehill did display a decisiveness in running the offense that appeared missing with Mariota, going 13-16 for 144 yards.

That could make staying with Tannehill appealing as the Titans return home for games against the Chargers and Buccaneers the next two weeks. Those are winnable games, but you’re going to have to score points to do it.

And that’s just the thing about these Titans. It doesn’t matter who the quarterback is if the offensive line doesn’t play better, if Derrick Henry can’t get going for more than 28 yards rushing and all those receiving options they added this offseason start to live up to the hype. It’s up to Mike Vrabel and first year offensive coordinator Arthur Smith to come up with the right personnel and schemes to figure this out.

The lack of offense has wasted a phenomenal first six weeks to the season from the team in other phases. The defense is allowing just 15 points per game and has not allowed more than 20 points this season. Those numbers rank among the best in the league. And Punter Brett Kern continues to be the team’s MVP. On Sunday he punted nine times for an average of 47 yards, booting eight of them inside the Denver 20.

Considering just how good Kern and the defense have been, you would have to have an almost unimaginably bad offense to not be winning. The Titans aren’t winning.

And now the season is on the verge of falling apart. And the questions about the team’s future are growing.