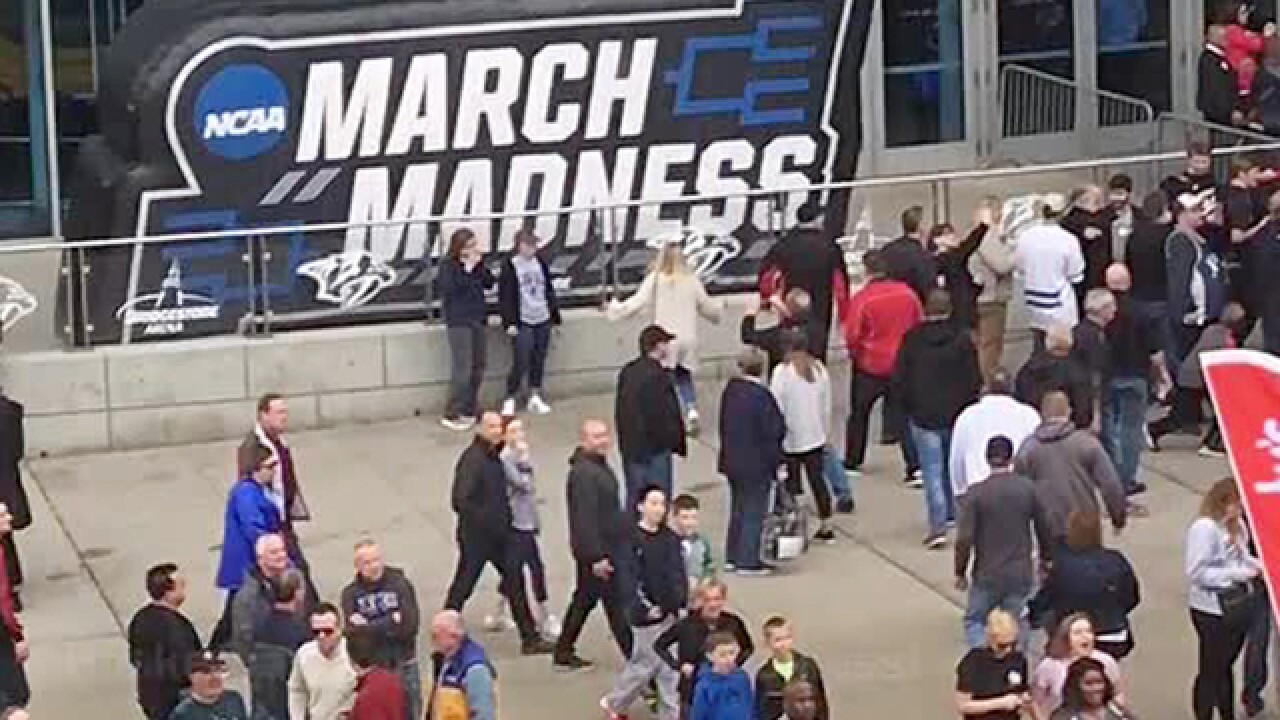 On Sunday, basketball fans were excited to watch their teams at Bridgestone Arena.

"Nashville is beautiful girls, good basketball, and the Wolfpack is going down tonight baby!" one fan said.

Jim Keeley came from Maine to watch the games. He doesn't have a loyalty to any team, but likes basketball.

"It's electric it really is," Keeley said. "The music here in Nashville and all the college kids and young adults, too."

Some Ohioans bought tickets for the Cincinnati vs. Nevada game as well as the Xavier vs. Florida State game.

"I went to both schools! One for undergrad and one for grad school, so I got to root for both of them," a fan said.

The 8-year-old came to Nashville to watch his brother play for the University of Cincinnati.

"So like every single time Bearcats, they're lazy in the beginning, then they're like really cool at the end," Walker said.

Guy Lefever traveled more than a thousand miles to get to Nashville for the Nevada game. He's enjoyed being a tourist.

"Compared to Vegas, puts it to shame... What a wild town!" Lefever said.

He was eating at Pancho and Lefty's across from the Bridgestone Plaza. "Pretty fun," Lefever said.

"We've been running out of beer, and it's just been packed up here," Karina Glusman said.

Employees said March Madness is great for business and boosts the local economy.

"For us, we've been slammed. For some of the times we are a little slower have picked up," Glusman said.