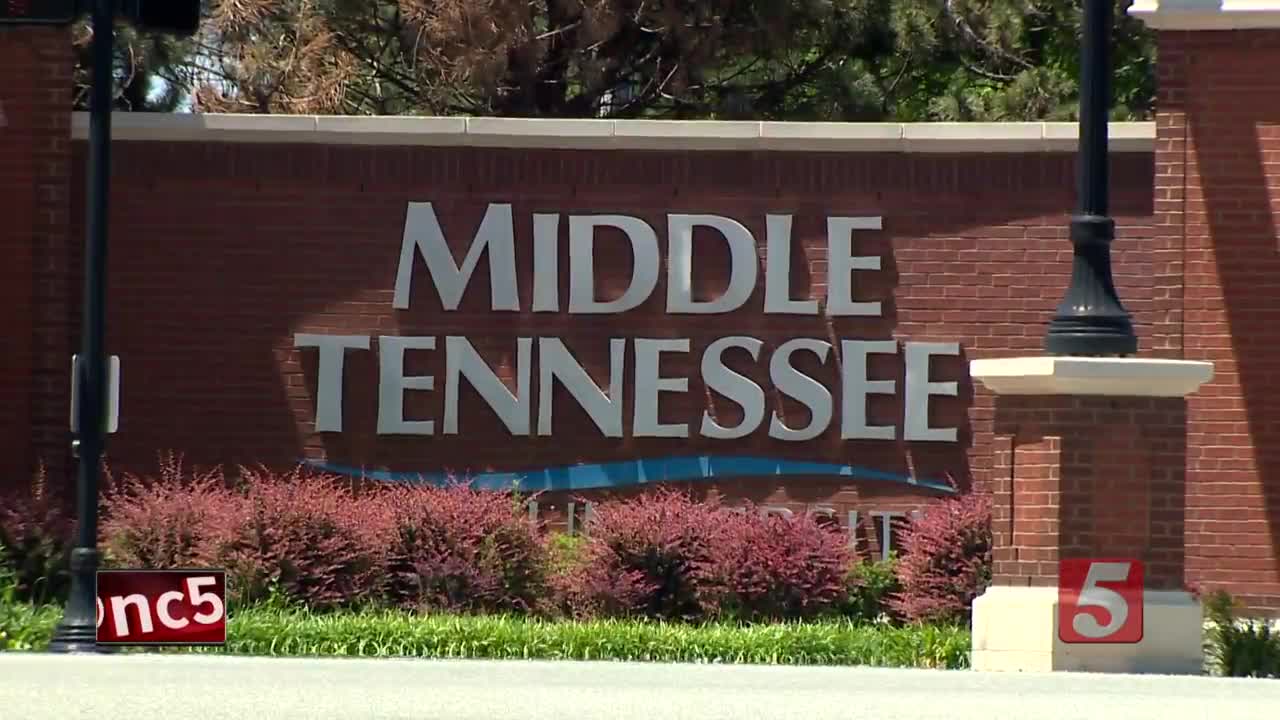 With the NCAA clearing the road for student-athletes from around the country to return to campus this week for voluntary workouts, Middle Tennessee Athletic Director Chris Massaro is making safety his top priority.

MURFREESBORO, Tenn. (WTVF) — With the NCAA clearing the road for student-athletes from around the country to return to campus this week for voluntary workouts, Middle Tennessee Athletic Director Chris Massaro is making safety his top priority.

Temperatures will be checked daily going into facilities. Masks will be required in common areas. And the school will stress its athletes practice social distancing in and out of their workouts.

“We’re going to do everything we can to protect our student-athletes,” Massaro said on a recent Zoom interview through the school. “I feel like [with] our weight room, we can do a better job of managing it and social distancing, than if these guys were out in Atlanta at some facility or wherever it might be.”

But these days the job of an athletic director isn’t just about protecting their student-athletes’ physical health. With athletic department budgets around the country crippled due to the pandemic, many schools have already begun dropping sports.

Cincinnati, Bowling Green, Akron, Old Dominion, Central Michigan, East Carolina and Florida International are just a few of the universities that have announced cuts. Even UConn is expected to make the decision to drop multiple sports in the coming days after it was revealed that the athletic department is in a dire financial situation.

Drastic measures that Massaro says will be a last resort at Middle Tennessee.

“The last item on our list is cutting sports,” Massaro said. “So that’s way down the pike – I don’t see it happening. I see us being able to manage this thing and doing the best we can, and there’s a lot of other options and a lot of other sacrifices that we’re going to make other than doing that.”

Middle Tennessee’s athletic department will follow the university’s lead when it comes to potential salary cuts or furloughs for employees. But with budgets tightening, Conference USA is one of several leagues looking at shrinking conference schedules in Olympic sports to reduce travel and expenses.

“There is a greater emphasis on the Olympic sports, and really all of our sports, to have regional scheduling,” Massaro said. “So what I’ve done is I’ve reached out to all the other Nashville A.D.’s and said, ‘you know if we lose games, let’s make each other the first phone call.’”

While operational changes loom on the horizon and contingencies are being made for upcoming seasons and events, Massaro says Middle is moving full speed ahead with the expectation that college football will be played as normal in the fall.

“We’re working hard towards football and we’re looking forward to football on September 5,” Massaro said. “Until somebody tells us differently, that’s what I’m telling our staff and everybody to plan for.”

Ticket sales have remained steady at Middle Tennessee, trailing last year’s sales by fewer than 100 seats by the end of May. Massaro says the school is prepared to offer refunds if any games are unable to be played in front of fans come fall, but he adds that the most important thing a fan can do right now is to continue support their school and favorite teams by buying tickets.

“I would certainly encourage our fans to renew [season tickets],” Massaro said. “College athletics needs you, we need you. There’s no getting around the economics of this and how important it is for people to buy season tickets.”

The goal is that what will start soon as individual workouts will end this fall with a touchdown in front of a packed house at Floyd Stadium, and a return to normal in college sports.
publishing