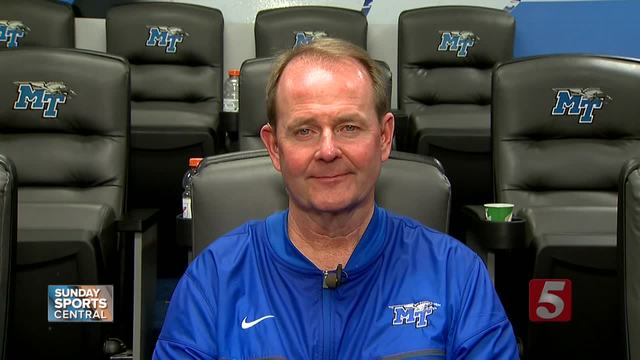 Conference USA regular season champion Middle Tennessee was left out of the NCAA Tournament Sunday after losing in its conference tournament. It was a blow to MTSU and mid-major programs everywhere considering the Blue Raiders were ranked in the nation’s top 25 just a week earlier. 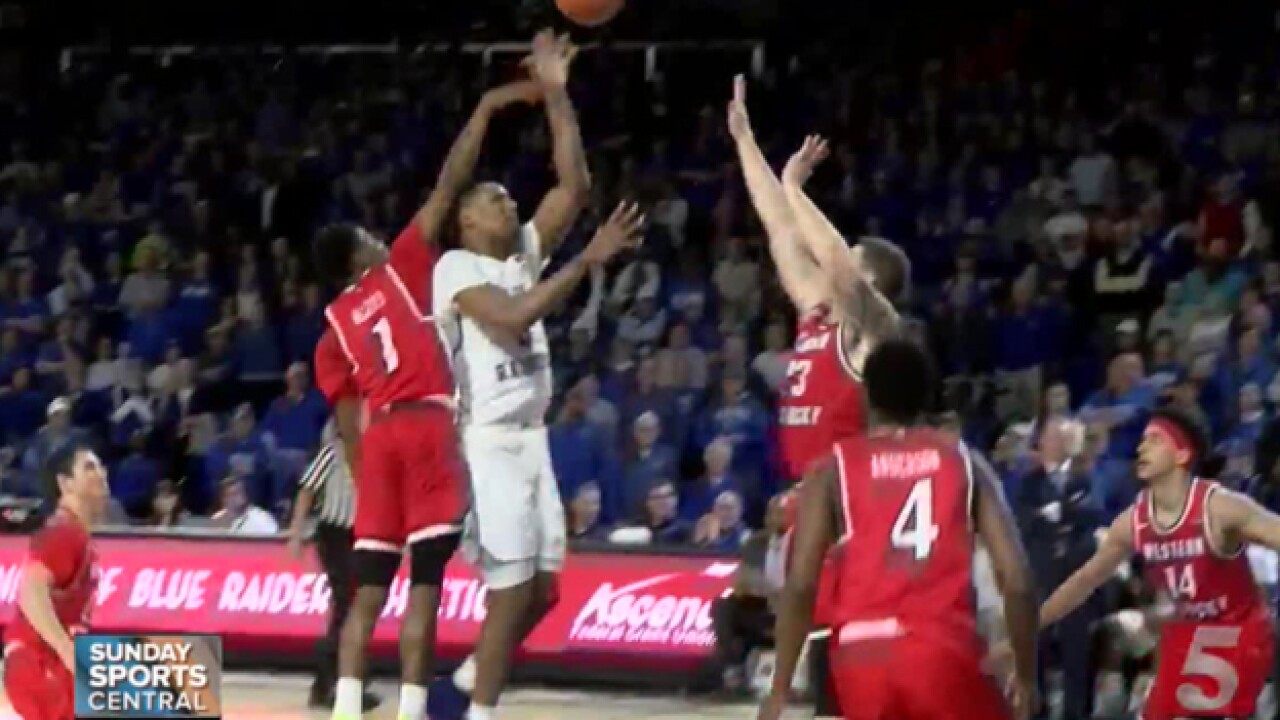 Conference USA regular season champion Middle Tennessee was left out of the NCAA Tournament Sunday after losing in its conference tournament. It was a blow to MTSU and mid-major programs everywhere considering the Blue Raiders were ranked in the nation’s top 25 just a week earlier.

So how does a team that was good enough to be ranked 24th one week not get included amongst 36 at-large selections the next week?

The simple answer is life isn’t fair, and never will be for mid-major schools. Not as long as the Selection Committee, for whatever reason, continues to discount the accomplishments of teams like Middle and gives benefit of the doubt to schools like Syracuse and Arizona State.

Committee chairman Bruce Rasmussen said that MTSU tried to schedule itself (no. 9 ranked non-conference strength of schedule) in position to be in the discussion, but didn’t win enough of those games for it to matter.

Middle finished 5-4 in quadrant one and two games, losing single digit contests to Auburn, Miami and USC all on neutral floors. The Blue Raiders also won at Vanderbilt and over Ole Miss at home, though those wins didn’t pay off the way they hoped because those programs struggled this year.

Rasmussen also said the committee placed an emphasis on road performance in selections this year, but clearly MTSU did not benefit from that despite a 12-1 record away from home that included a win at no. 48 Murray State.

So you have a team that dominated its conference, scheduled tough in the non-conference, had a winning record against the highest levels of competition and won a whopping 12 road games that did not get in the tournament.

And the most alarming part of it was Middle Tennessee wasn’t close. The Blue Raiders were not in the committee’s first four teams out and received just a no. 3 seed in the NIT.

One conference tournament loss, Middle’s first all year against a team lower than no. 87 in the RPI, essentially eliminated a really good team with a history of tournament success from even getting significant consideration.

And it seems to be a moving target. Monmouth was left out in 2016 despite a great record and high RPI because of a few “bad losses”. St. Mary’s has been left out multiple times including this year (28-5) because it didn’t schedule anyone. Well, Middle Tennessee scheduled tough and didn’t lose to anyone bad until the conference tournament and it’s out as well.

What more can a mid-major do?

I asked Blue Raiders coach Kermit Davis that after Sunday’s Selection Show and he said he asked the same question to his athletic director. Chris Massaro’s response was, “nothing.”

That sadly seems to be the case when teams like Arizona State that finish with a losing record in the PAC-12 or a Syracuse team that lost games to the three worst teams in the ACC get in. The system favors those teams because they have more chances for quality wins.

Take Florida State for example that was 38th on the NCAA’s true seed list. The Seminoles played one of the worst non-conference schedules in America and finished 20-11, yet get in on the basis of their quality wins.

The rigors of an ACC schedule allowed FSU to finish 7-10 against quadrant one and two (remember MTSU went 5-4), but four of those wins came at home. Middle, like many mid-majors got the chance to play just one game at home against quadrant one and two all year. The Seminoles also went just 7-9 at road or neutral sites while the Blue Raiders went 13-5.

Which one is the better resume? Florida State got a nine seed in the NCAA Tournament while Middle Tennessee was nowhere near the cut line when push came to shove.

It’s the unfair nature of the tournament selection process for mid-majors and it’s too bad. Middle Tennessee is built for a March run once again.

It’s just a shame for college basketball it will be in the NIT and not the Big Dance.