MTSU's Tourney Fate Will Show How Far Program Has Come 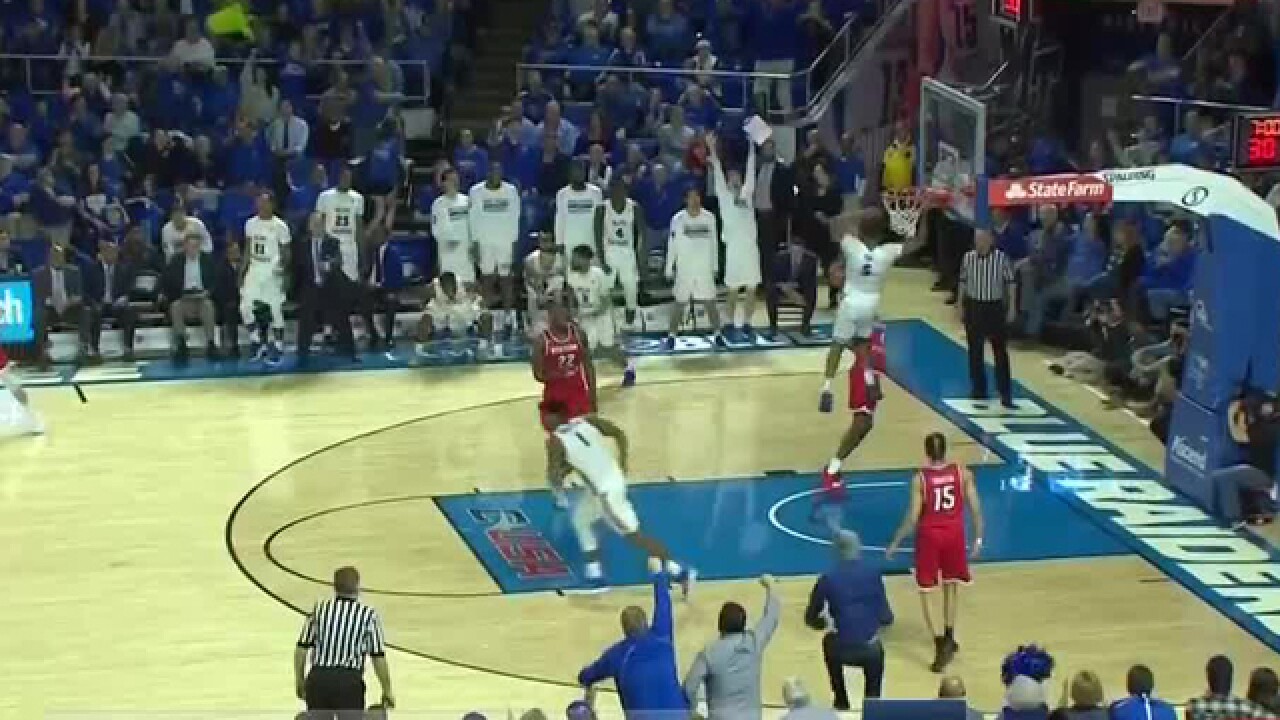 Eye-popping wins in each of the last two NCAA Tournaments has unquestionably raised the profile of Middle Tennessee basketball. But on Sunday we will find out if the Blue Raiders have truly arrived by whether or not they make it into the NCAA Tournament as an at-large selection.

Middle Tennessee looked like a lock just over a week ago when it blew out Western Kentucky for its 11th straight win to wrap up an outright Conference USA regular season title. But a lot has happened since then, putting the fate of one of the country’s best mid-major programs in doubt.

MTSU lost its final two games, including a 71-68 upset loss to Southern Miss in the quarterfinals of the Conference USA Tournament Thursday. Meanwhile, several bubble teams like Notre Dame, Oklahoma State and Alabama have stated their case for at-large selection/ with their conference tournament performances, leaving the possibility that the Blue Raiders will be left out of the field of 68.

Middle Tennessee is 24-7, including a whopping 12 road wins, with a top 35 RPI. Those numbers are usually indicative of a tourney resume, but a closer look reveals some holes. Despite an ambitious non-conference schedule ranked ninth in the nation, MTSU only has three wins against the highest level of competition defined as quadrant one opponents. The record is only 5-4 when you combine their games against quadrant one and two.

Perhaps the most troubling for Middle in the minds of the Selection Committee will be the Blue Raiders loss to Southern Miss, a team ranked no. 208 in the RPI, on a neutral floor in their last game. Will all the good that they have done be enough to overcome that unsightly blemish?

That’s why Sunday’s selection show will tell us exactly how far Middle has come.

The Blue Raiders have a tremendous mid-major resume, but the numbers aren’t all that great when compared against power conference teams that just have more opportunities to capture marquee wins. Yet if you watched Middle Tennessee play this year it easily passes the eye test, and even compares favorably to the teams of the past two seasons that advanced to the round of 32.

Middle Tennessee looks like a NCAA Tournament team, but it may not have one of the top 36 at-large resumes. It’s a common position for elite mid-major programs that get upset in their conference tournaments and it rarely ends well when the brackets are announced.

But are the Blue Raiders still viewed as a mid-major program or have wins over tournament favorite Michigan State in 2016 and Minnesota last year elevated their profile in the minds of the committee?

If Middle Tennessee has truly arrived it will be dancing Sunday night as an at-large, and will be a dangerous matchup for any team it faces.

If not, the Blue Raiders will be NIT bound. The latest mid-major put in its place and snubbed by the NCAA Tournament selection process.