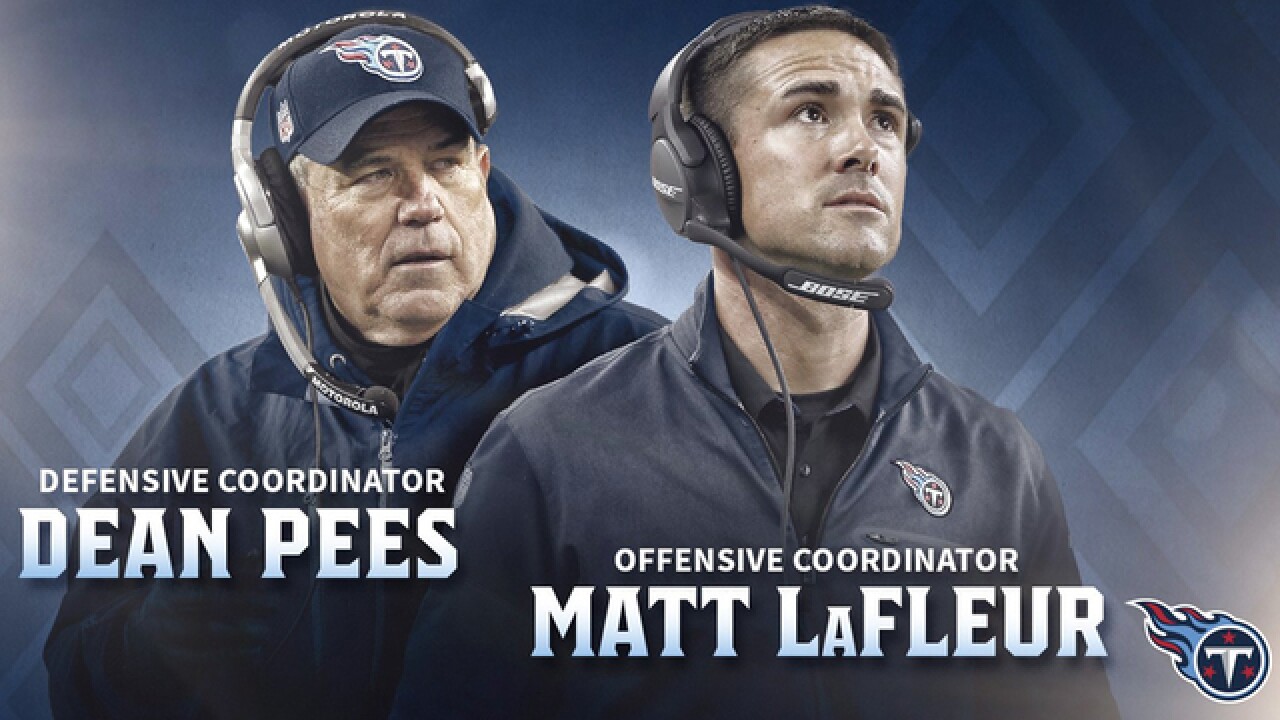 The Tennessee Titans have made two significant hires on their coaching staff.

According to the team’s website, Pees has 10 years of experience as a defensive coordinator, with the Baltimore Ravens and New England Patriots.

LaFleur interviewed for the head coaching job before Vrabel was hired. He spent one year with the Los Angeles Rams as the team’s offensive coordinator. During his time there, they ranked first in the NFL in scoring and 10th in total offense in 2017.