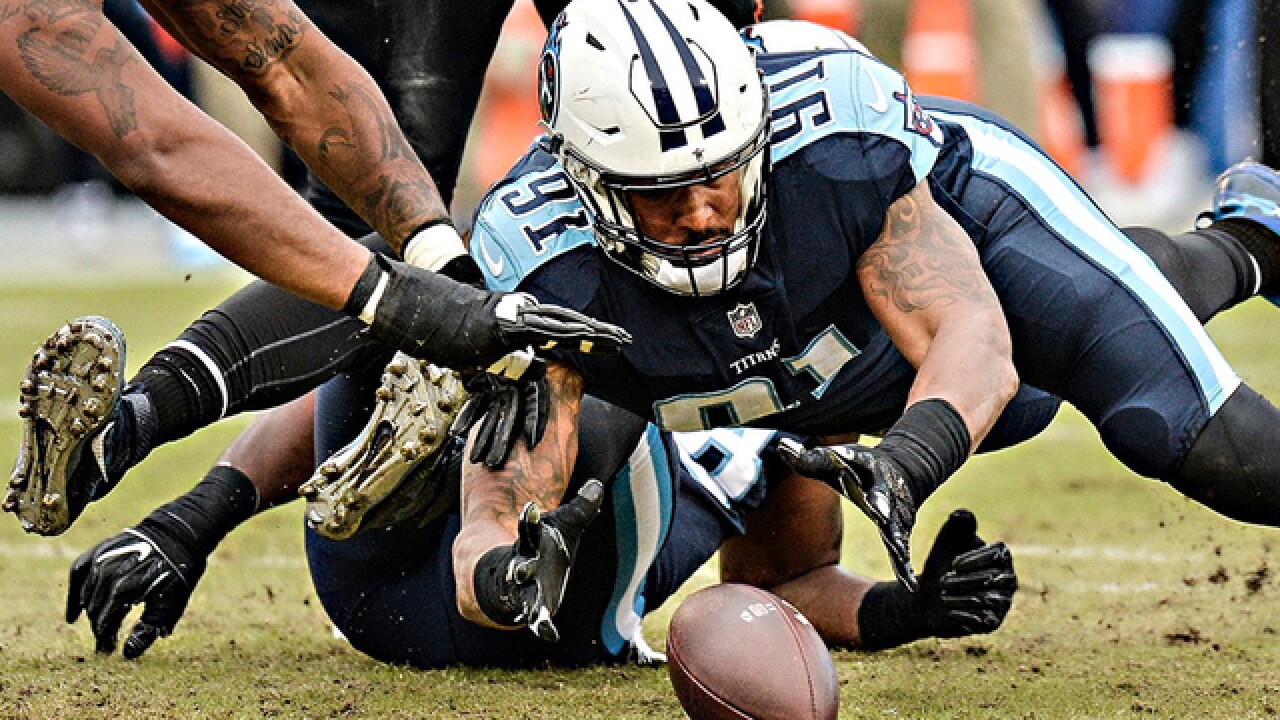 Copyright 2017 Scripps Media, Inc. All rights reserved. This material may not be published, broadcast, rewritten, or redistributed.
&lt;p&gt;Photo Courtesy: Tennessee Titans on Twitter&lt;/p&gt;

It’s a saying as old as football itself: “You gotta play hurt.” Three veteran Titans players were able to gut it in Sunday’s win over the Bengals, as Tennessee won their fourth straight game.

Linebacker Derrick Morgan nursed a sore knee all week, but he suited up against Cincinnati and recover two fumbles, and running back Demarco Murray shook hamstring and shoulder injuries to account for 82 yards of offense and three touchdowns.

But perhaps the most impressive effort belonged to Titans Tight End Delanie Walker. Walker was bothered all week by a sore ankle and the 2016 Pro Bowler wasn’t able to practice (on a limited basis) until Friday. But, Walker showed up on Sunday, catching six passes including a big 20 yarder on the Titans game-winning touchdown drive late in the fourth quarter. I asked Walker after the game, where his grit and determination to shake off the pain comes from.

“My mom asked me how I’m able to do that,” Walker said. “I still haven’t been able to give her an answer.... I want to play, and you just have to push through injuries like that.”

Walker’s been a Titan since 2014, and he’s always given tremendous effort on the field, win or lose. But, he told me after Sunday’s game that he’s fired up to be a part of team riding a four-game winning streak and sitting atop its division. “We got something special here,” he said. “I want to be a part of it, so, if I can go out there and play, that’s what I’m going to do.”

Walker and the Titans head to Pittsburgh this Thursday night to take on the 7-2 Steelers in a key AFC matchup, and you can bet, not matter what, Delanie Walker will be out there competing.