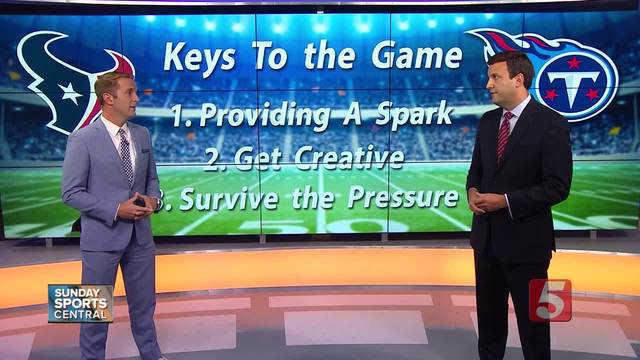 Titans Center Ben Jones eagerly presented Mike Vrabel the game ball for his first win as an NFL head coach. The 43-year-old Vrabel earned it with an aggressive gameplan which helped propel his outmanned team to a 20-17 win over the AFC South division rival Texans Sunday at Nissan Stadium. 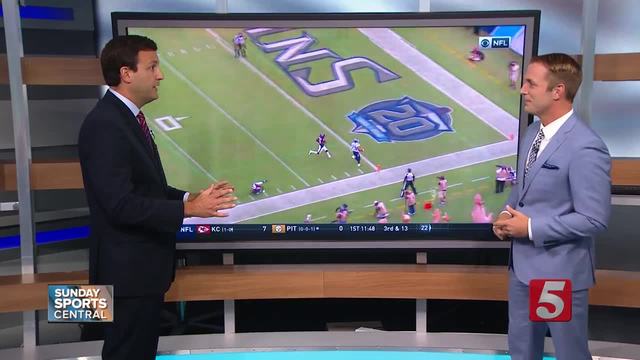 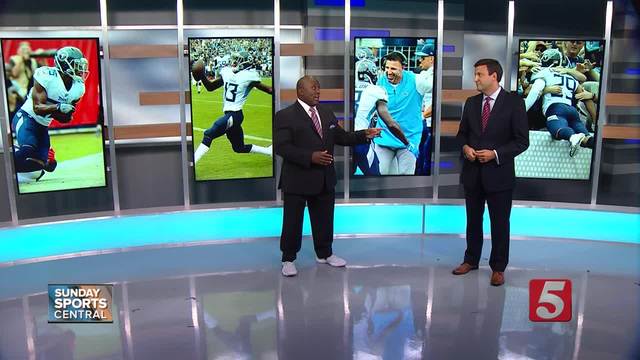 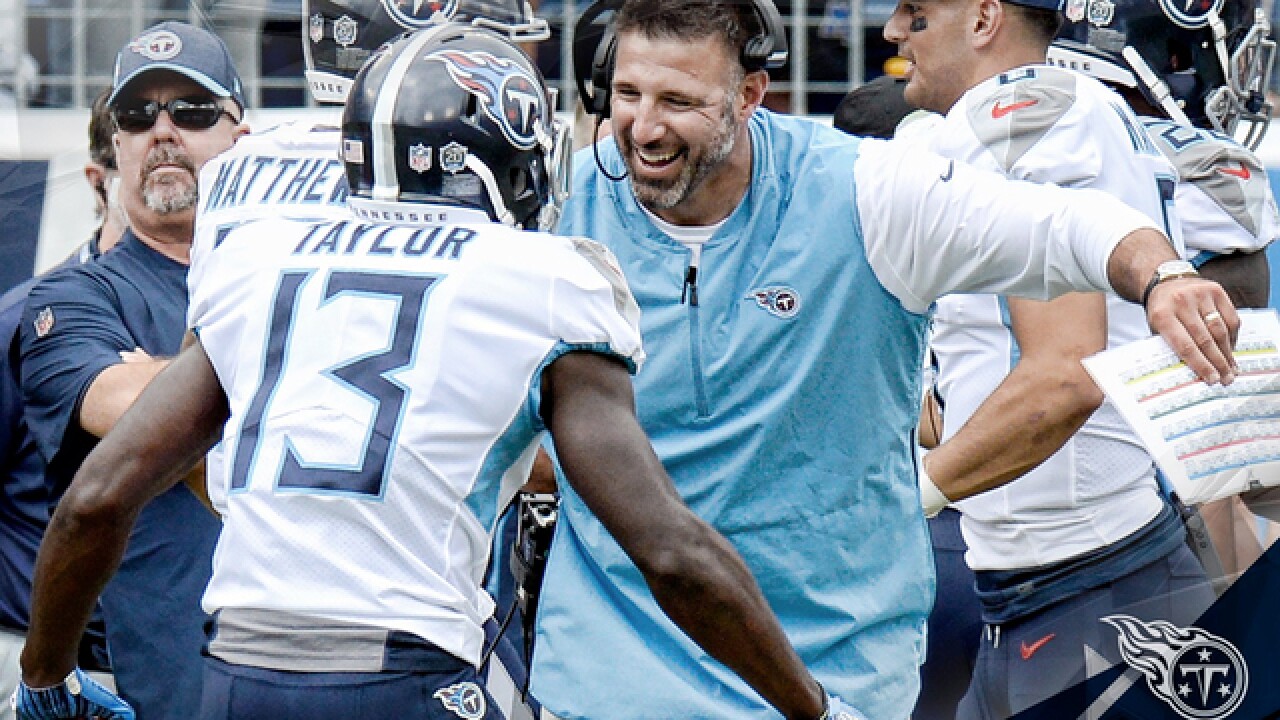 Titans Center Ben Jones eagerly presented Mike Vrabel the game ball for his first win as an NFL head coach. The 43-year-old Vrabel earned it with an aggressive gameplan which helped propel his outmanned team to a 20-17 win over the AFC South division rival Texans Sunday at Nissan Stadium.

The Titans played without quarterback Marcus Mariota, who still is experiencing numbness in his throwing hand. They were also without Pro Bowl tight end Delanie Walker and the league’s premier tackle tandem of Taylor Lewan and Jack Conklin. To make matters worse, the team’s third tackle Dennis Kelly was admitted to the hospital Saturday with an unknown virus and was inactive for the game.

That meant newly promoted practice squad member Tyler Marz made his NFL debut at right tackle opposite Kevin Pamphile. Not exactly the recipe for NFL success, especially against the formidable Texans’ front that features J.J. Watt and Whitney Mercilus.

They were outmanned, but Vrabel did not allow his team to be deterred. The rookie head coach dialed up a fake punt after the team’s first offensive series with All-Pro safety Kevin Byard taking a direct snap as the upback and lofting a pass towards the sideline and a wide open Dane Cruikshank. The rookie safety caught the ball and then raced 66 yards to the end zone for a touchdown and a 7-0 Tennessee lead.

The play set the tone for a day in which the outmanned Titans repeatedly gambled and took advantage of their opportunities to upend the Texans 20-17 in their home opener at Nissan Stadium.

Never mind the fact that the Texans left Cruikshank completely uncovered, something Titans coaches saw them do on a Patriots’ punt during week one. This was a fake punt from your own 36-yard line just a few minutes into the game, thrown from one safety to another for the Titans’ first completion of the day, and it was the exactly the type of boost the Titans needed to feel like they could compete with the Texans.

Vrabel wasn’t the only Titans’ coach with a bold plan Sunday. Offensive Coordinator Matt LaFleur, who like Vrabel was coaching his second game with the team, also caught the Texans off guard again when he had the Titans line up in the wildcat formation for their second offensive series. With Derrick Henry taking direct snaps the Titans moved the ball 25 yards in five plays to get into Texans territory. Moments later, Gabbert threw a receiver screen to Taywan Taylor and watched as Taylor made a pair of Texans miss on the way to an 18-yard touchdown.

Just like that it was 14-0 Tennessee, smoke and mirrors and all.

The Texans dominated much of the middle portion of the game. They outgained Tennessee 437-283 with Deshaun Watson throwing for 310 yards and two scores to DeAndre Hopkins and Will Fuller V, who both had 100-yard receiving days. Fuller’s 39-yard touchdown catch early in the fourth quarter capped a run of 17 unanswered points and gave Houston its first lead of the afternoon.

But those early gambles paid off because the Titans still had a chance. And they made it count.

Two fourth quarter drives, of 51 and 62 yards, ended in field goals that proved to be the difference. Tajae Sharpe had a spectacular third down catch, his only reception of the game, on the first drive. Dion Lewis had a 13-yard run and his hustle to go after Corey Davis’s fumble following an 18-yard catch and run resulted in the ball going harmlessly out of bounds.

The Titans retained possession and capitalized once again. Ryan Succop drilling the game-winning 31-yard field goal with a minute to go.

It’s a big win because it helps the Titans avoid an 0-2 start that has doomed the postseason hopes of nearly 90 percent of NFL teams since the current playoff format was introduced. It also should galvanize the team around Vrabel and this new coaching staff which put together a game plan that gave a team missing several key players a chance to win when no one believed they could.

Now instead of 0-2 and facing a road trip to red-hot Jacksonville and then a home date with the reigning Super Bowl champion Eagles, the Titans are 1-1 and with their head above water despite an almost preposterous first two weeks of the season which included a seven hour game, two lightning delays and a slew of injuries.

The Titans can’t win like this all the time. They need Mariota, Lewan, Conklin and Kelly back. They need Rishard Matthews and Derrick Morgan back to 100 percent, and for rookies Harold Landry and Rashaan Evans to get fully integrated into the defense. But now they have some time to take a deep breath, get healthy and hopefully put it all together.

Sunday’s win won’t erase the disappointment of opening week, not will it serve as a blueprint for what the Titans have to do moving forward. But they did what they needed to do to win, taking a cue from their gutsy head coach.

Enjoy that game ball, Mike. You earned it.