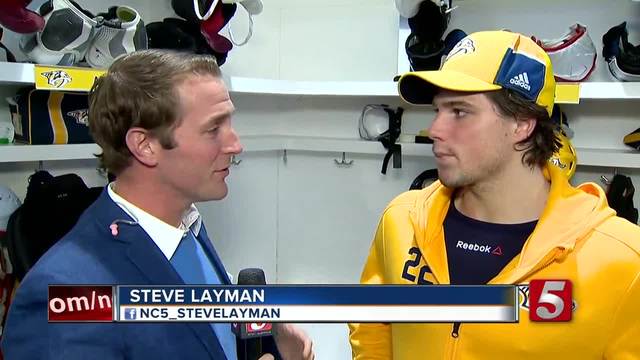 The Nashville Predators are getting healthy and that should be scary for the rest of the National Hockey League. In their second game with everyone on the roster available, the Predators beat the Rangers 5-2 Saturday night in front of a record crowd of 17,453. 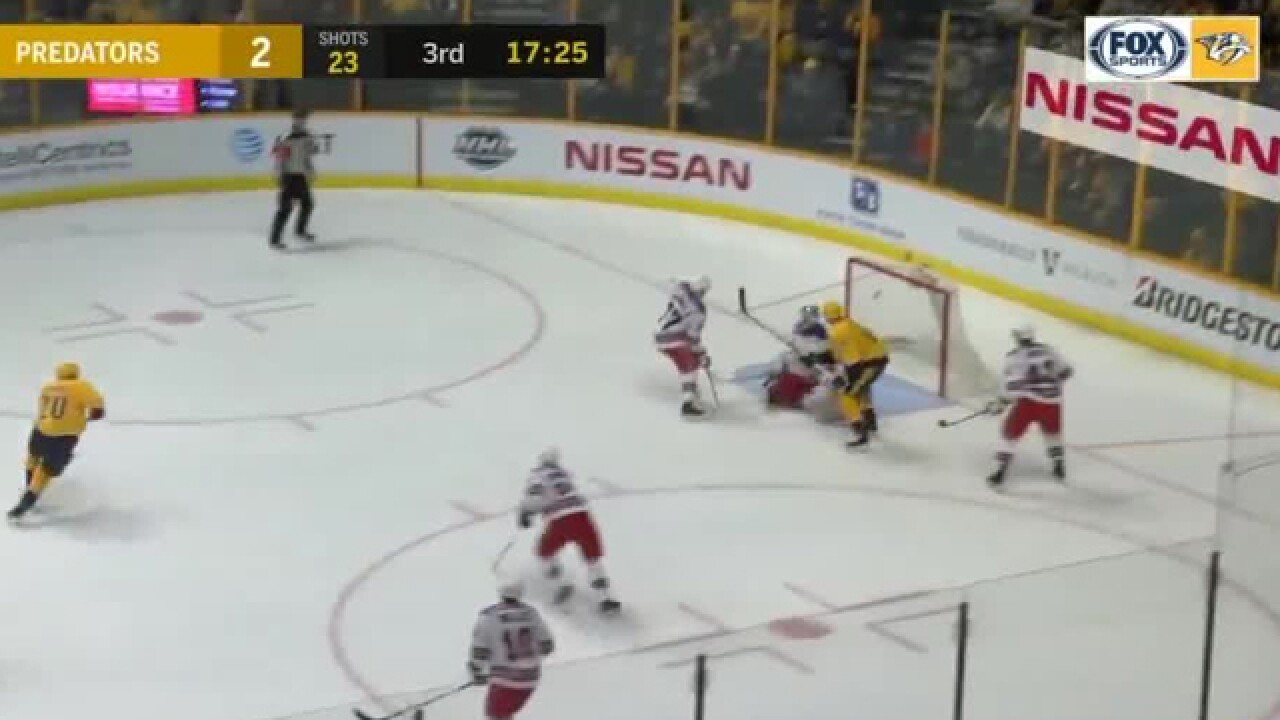 The Nashville Predators are getting healthy and that should be scary for the rest of the National Hockey League. In their second game with everyone on the roster available, the Predators beat the Rangers 5-2 Saturday night in front of a record crowd of 17,453.

Kevin Fiala scored twice and P.K. Subban added a goal and an assist as the Preds won for the eighth time in 10 games.

Subban scored his 13th goal of the season, the most of any defenseman in the NHL, to open the scoring just 19 seconds into the second period. He also added an assist on a Colton Sissons goal with 17:24 to go after the Rangers had cut the Preds’ lead to 2-1.

New York then cut it to a 3-2 game with 5:25 left, but Viktor Arvidsson scored just 16 seconds later on a feed from Ryan Johansen to put the game out of reach.

With the return of high-scoring forward Filip Forsberg from injured reserve Thursday night the Preds got to full strength for the first time all season. They promptly blanked the Kings 5-0 and followed it up with Saturday’s performance.

Nashville dominated the pace of play and possession in both games, outshooting their opponents 67-41.

It’s a glimpse at what this team is capable of in the second half of the season as it prepares to make another run at the franchise’s first ever Stanley Cup.

The team that hit the ice this weekend looks formidable. Besides the offensive attack, the Predators vaunted blue line routinely snuffs out the best chances of their opponents. In fact, the Rangers were so stymied Saturday night that veteran Mats Zuccarelo took a tripping penalty on two on one Rangers opportunity in the second period.

Pekka Rinne continued his spectacular season, stopping 20 more shots. He did allow two power play goals in the third period to stop his shutout streak at eight periods, but improved to 26-8-3 on the season.

A year ago Rinne carried the Predators to their first ever Stanley Cup Final with a brilliant playoff run. He’ll be needed to be on his game once again, but he shouldn’t have the same level of pressure on him this year with the team’s improved lineup.

Nashville has two bonafide top lines now with the addition of Kyle Turris and the emergence of Fiala alongside a resurgent Craig Smith on the second line. The added depth from the additions of veterans Nick Bonino and Scott Hartnell means that guys like Calle Jarnkrok and Sissons, who played on the top line at times during the playoffs, now find themselves in a bottom six forward role.

Playoff revelations Frederick Gaudreau and Pontus Aberg are struggling to even crack the lineup.

And oh yeah, captain emeritus Mike Fisher announced this week he is coming out of retirement and plans to rejoin the team some time later in February.

The Predators were already good. Now they’re getting healthy and whole.