Predators Look To Close Out Round 1 Friday 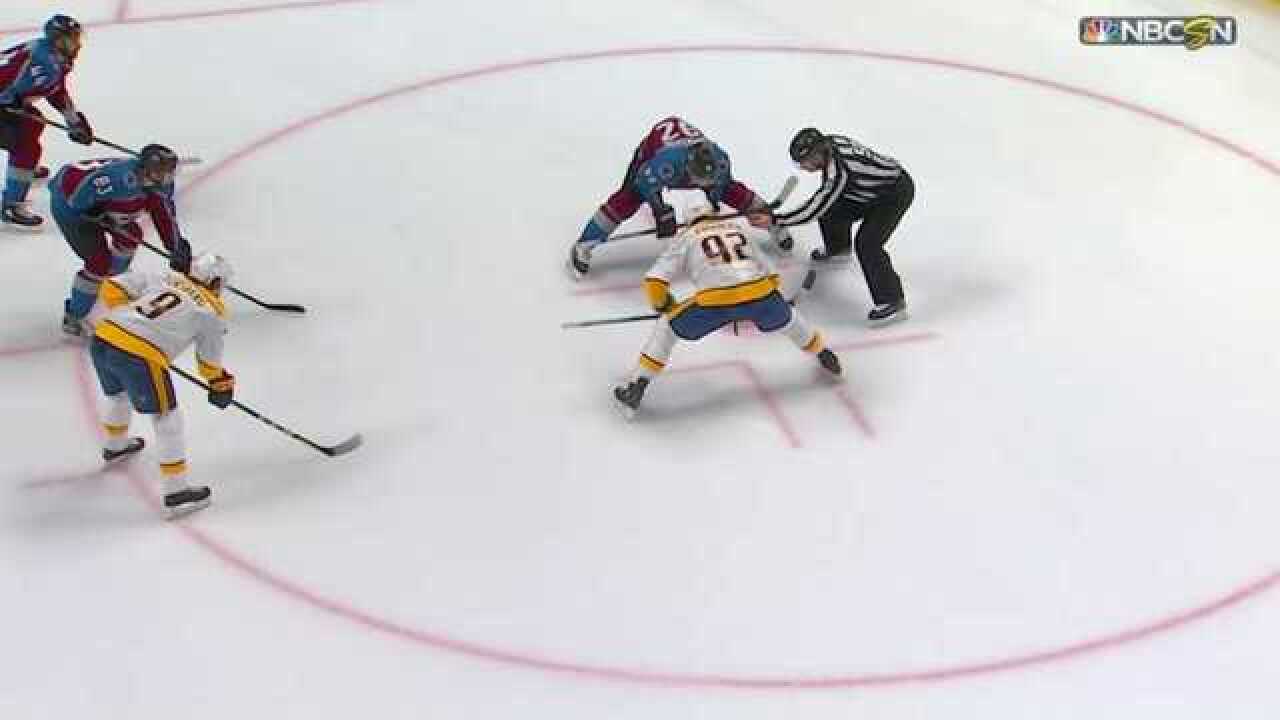 This time, it was the Predators who came out fast and took control early. If you're a Preds fan, you have to be saying: "Thank goodness."

Give the Colorado Avalanche some credit; this team won't quit. Yes, the Predators beat the 'Lanche 3-2 to take a commanding 3-1 lead in the series (You can read my colleague Steve Layman's game write up here), but Nashville seemed to take their foot off the gas a bit after going into the third period with a 3-0 lead.

Colorado got right back in the game with two goals in the third, and it was nail biting time as former Predator Colin Wilson hit the post with a shot that would have tied it late.

Those are negatives, but here are the positives: 1. Filip Forsberg is an absolute stud. (Did you see his goal in the first period with an Avalanche player in his hip pocket? Amazing!) And, 2. Pekka Rinne is the heart and soul of this team. The way he bounced back with a strong performance after getting pulled in the second period of game two was both expected and great to see.

Bottom line, the Predators bounced back just two nights after losing a 5-3 clunker, and they'll likely close out the series at home Friday night in game 5. But, they'll need to be more focused and disciplined as they move along in the playoffs. It won't get any easier.

The Preds will likely be facing the Winnipeg Jets in round two, a team that can match the Predators' physicality and depth. But, that's down the road.

After a hard fought win Wednesday night, the players were in no mood to look too far into the future.

"It's tough to play here [in Denver]," said defenseman Mattias Ekholm. "They're a good team, but we got the job done [Wednesday night]."

One thing's for sure, Smashville will be rocking Friday as the Preds look to send the Avalanche back to Colorado feeling rocky mountain low.