Stanley Cup Or Bust For The Predators 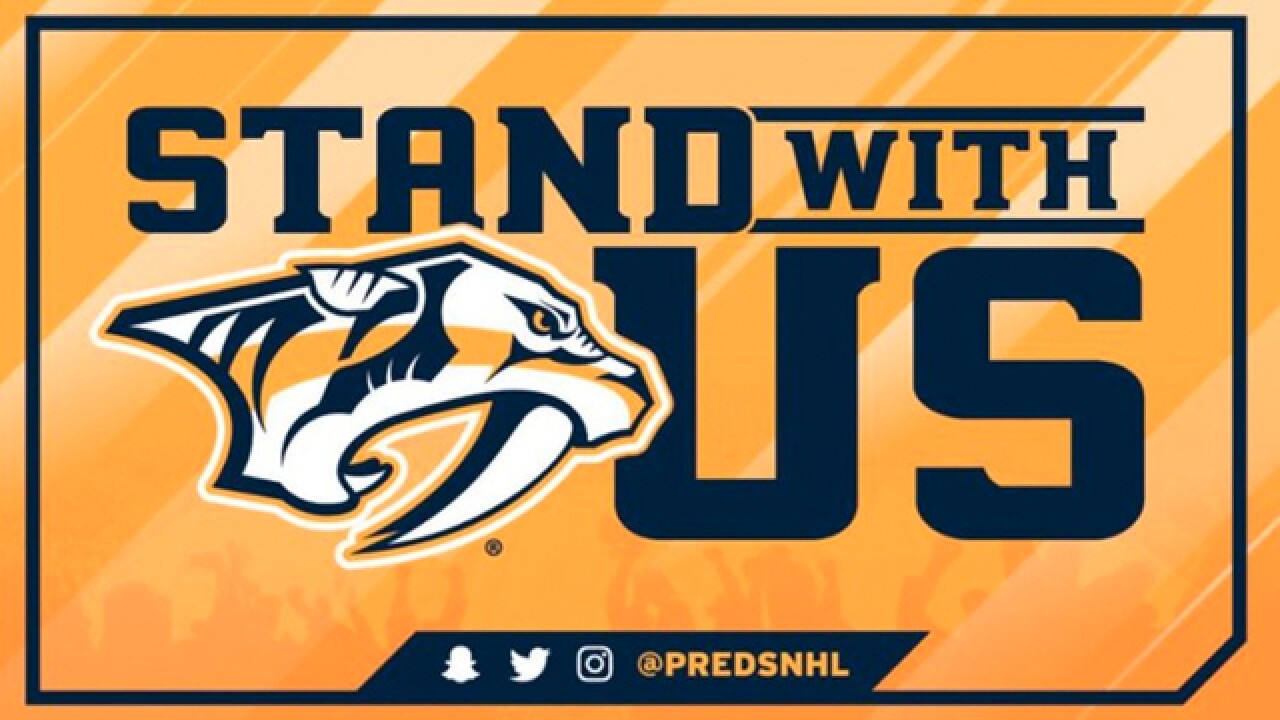 Ever since they lost in game six of the Stanley Cup Final last summer the Predators have waited for this moment. The regular season was necessary, even important to get their game in order, but everything was about getting ready for another playoff run.

The postseason begins Thursday night as the Predators welcome the Avalanche to Bridgestone Arena for game one of their opening round series, and make no mistake, it’s Stanley Cup or bust this spring.

It seems like a cruel reality considering the tremendous season that it’s already been. Nashville set franchise records for wins with 53 and points with 117, and won the President’s Trophy for the first time in franchise history.

But even that brings the focus back to the postseason, which the Predators will have home ice advantage throughout, because ultimately that was the goal. Last season, as the no. 16 seed of 16 teams in the playoffs, the Preds were forced to start every series on the road.

That seemed to eventually catch up with them in the Final, as did the mounting injuries that decimated the lineup.

The Preds have accounted for that, too. David Poile, the all-time winningest General Manager in NHL history but himself seeking a first Stanley Cup, has built the deepest and most talented team in franchise history. The nucleus of 2017’s run remains, but with several key additions.

Ryan Johansen returns healthy as the team’s top line center, and Mike Fisher came out of retirement in February to anchor the team’s fourth line. But Poile signed two-time Cup champion Nick Bonino away from the Penguins last summer to slot into the third line and traded away top prospects Sam Girard and Vladislav Kamanev to Colorado in a three-way deal that landed second line center Kyle Turris.

Poile also traded away a first round draft pick to acquire versatile and hard playing winger Ryan Hartman from the Blackhawks at the trade deadline. The depth is so profound that quality, healthy players will be left out of the lineup in the playoffs.

But that doesn’t seem to matter within the room. Veteran Scott Hartnell, who will be scratched in game one, told me, “It’s all about winning the Cup. I came here because I thought there was a great chance to do that.”

The Predators are all in for this playoff run, looking to make a memorable season unforgettable. Throw in the fact that Pekka Rinne has been the best goaltender in the league this year at age 35, and the time is now.

That’s why the pressure is on. Fifteen of 27 national writers from ESPN and NHL.com pick the Predators to win the Stanley Cup and Vegas oddsmakers make them a 9/2 favorite.

But that doesn’t mean much in a league full of parity, or in a playoffs were a bounce here or there can decide a series. There are no guarantees, which is why the Stanley Cup is the most difficult trophy to win in all of sports.

The Predators know that. They came within two wins of hoisting that 35-pound trophy last June.

At the beginning of this season the team was given t-shirts with 61:35 printed on them, the amount of time that stood between them and the Cup when Patric Hornqvist’s banked the game-winning goal off Rinne with 1:35 to go in game six.

So close, yet so far. But now the Predators are back with an even better team, 16 wins away from the ultimate goal.