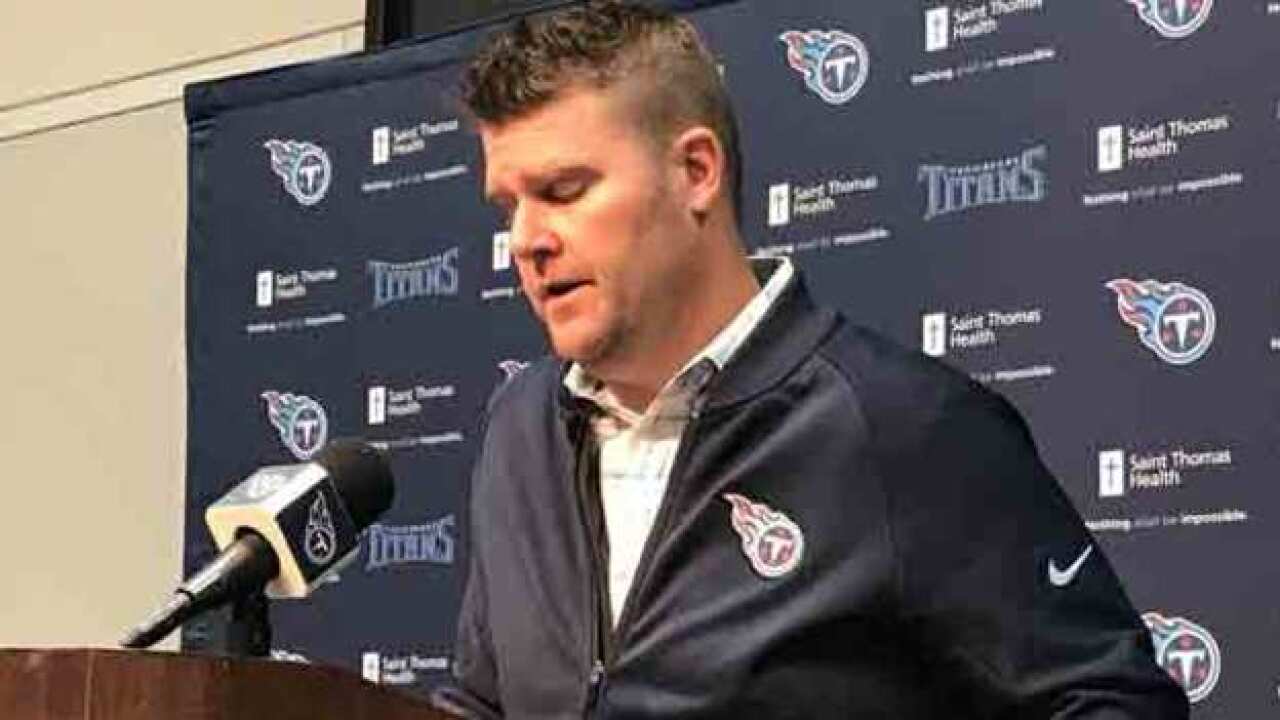 If you're a Titans fan, you probably know by now that Mike Mularkey was let go as the team's Head Coach on Monday. The big question remains: Why? Titans General Manager Jon Robinson did his best to answer that question at a Monday afternoon press conference saying only "there were a number of factors" that led to the decision. Robinson did indicate that Mularkey's desire to keep his coaching staff intact was a factor, along with the Titans offense appearing to take a step back during the 2017 season.

But something else caught my ear at Robinson's press conference. I asked J-Rob about the large amounts of Titans fans who have let their (mostly negative) feelings about Mike Mularkey be known on social media, and if those feelings had anything to do with Monday's decision to part ways with Mularkey.

I personally have seen several posts from fans saying they will no longer support the team as long as Mularkey remained the Head Coach.

What's more: I've even heard whispers from fans saying there were "disappointed" that the Titans made the playoffs this season because it increased the likelihood that Mularkey would be retained.  In response to my question, Robinson would only say: "There's nothing I want more than to bring a championship to these fans and this city." Interesting.

I agree with my NC5 Sports colleague, Steve Layman in saying that the Tennessee Titans are now in the control of Jon Robinson.

Controlling Owner Amy Adams Strunk (who has been a vocal supporter of MIke Mularkey in the past) has clearly put here trust in Robinson to build a team that can compete for championships.

Let's see if he can do it. Step one: find a new head coach.