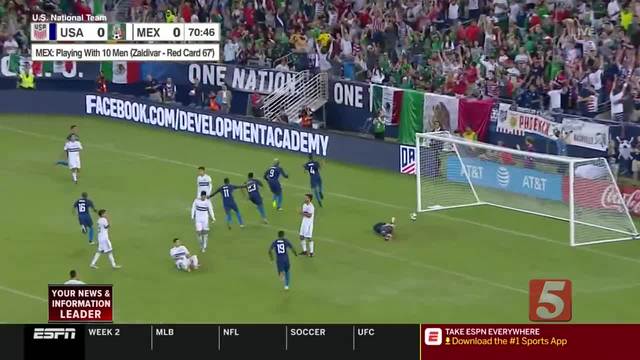 A young, inexperienced United States side broke through in the second half for a 1-0 win over rival Mexico in Nashville, an emerging soccer power in its own right as evidenced again by the spectacle on Tuesday. 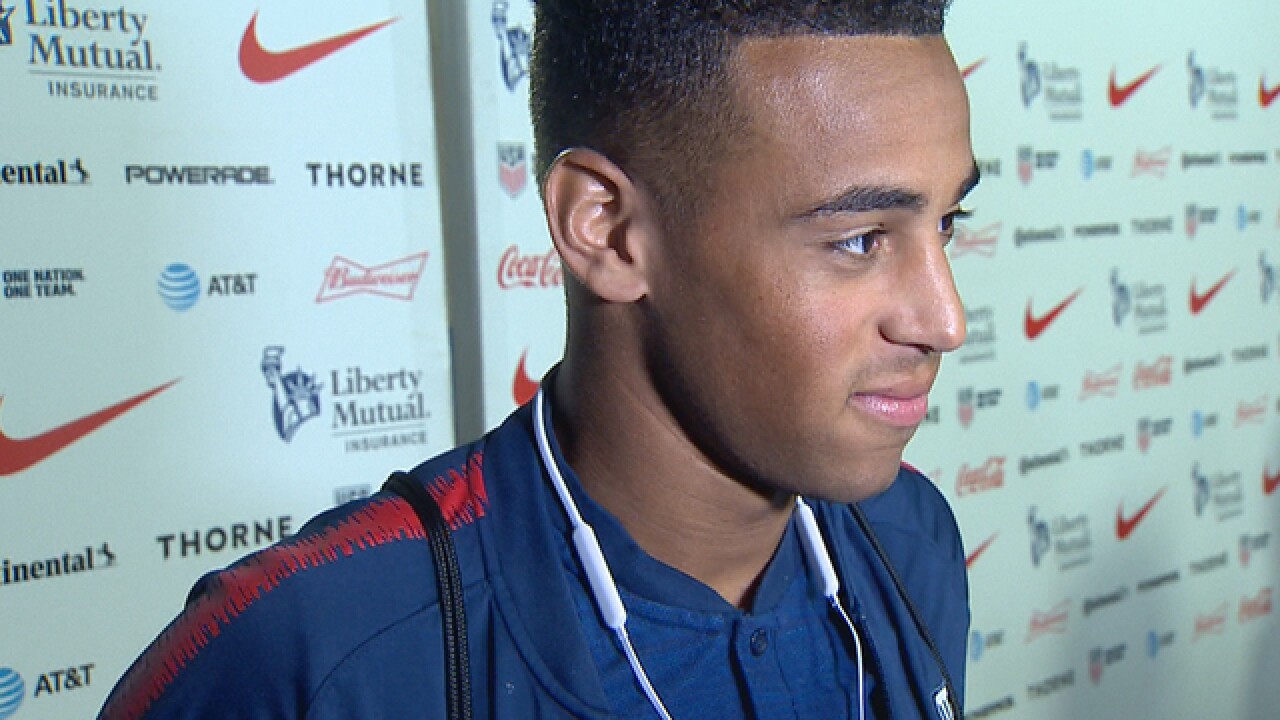 A young, inexperienced United States side broke through in the second half for a 1-0 win over rival Mexico in Nashville, an emerging soccer power in its own right as evidenced again by the spectacle on Tuesday.

Tyler Adams’ first ever goal for the national team came in the 71st minute on a feed into the box from Antonee Robinson, and proved to be the difference as the Americans snapped a three match winless streak against Mexico.

The goal came about five minutes after Mexico was issued a red card for a dangerous tackle, forcing them to play with just 10 men, but it seemed to come a bit out of nowhere after the Yankees were dominated in scoring chances through the first half.

Of the 40,194 in attendance at Nissan Stadium, about half were dressed in red, white and blue and cheered heartily to the finish line as the international “friendly” turned chippy in the waning moments.

The Nashville crowd especially could relate to the breakout performance of the young Americans. This city has gone from soccer afterthought to hotbed in just a couple of years.

In just a little over two years Music City has founded a USL team, gone from the back of the pack to front runner and then landed an expansion MLS franchise, and secured agreements to build a state-of-the-art soccer stadium at the fairgrounds scheduled to open in 2021.

The passion for the sport was again on display Tuesday as the crowd, about 5,000 more than city officials projected, arrived early at Nissan Stadium and stayed late for a rare appearance by the nation’s senior national team. Of those in attendance, half or more wore the green and red in support of “El Tri” as the United States and Mexico met on the pitch for the 68th time.

But this was the two CONCACAF powers’ first ever meeting in Nashville, and another sign of just how far this city has changed its perception in the soccer world.

Several of the American players noted the atmosphere and the excitement in the soccer community over the MLS putting a team in Nashville.

That relationship was only strengthened by the scene Tuesday as an inexperienced American team led by interim head coach Dave Sarachan emerged to beat Mexico for the first time since April 2015.

It also held a special meaning for Nashville, which took the latest step in its evolution into a soccer city.