Layman: Preds Get Down To Business In Opening Night Win 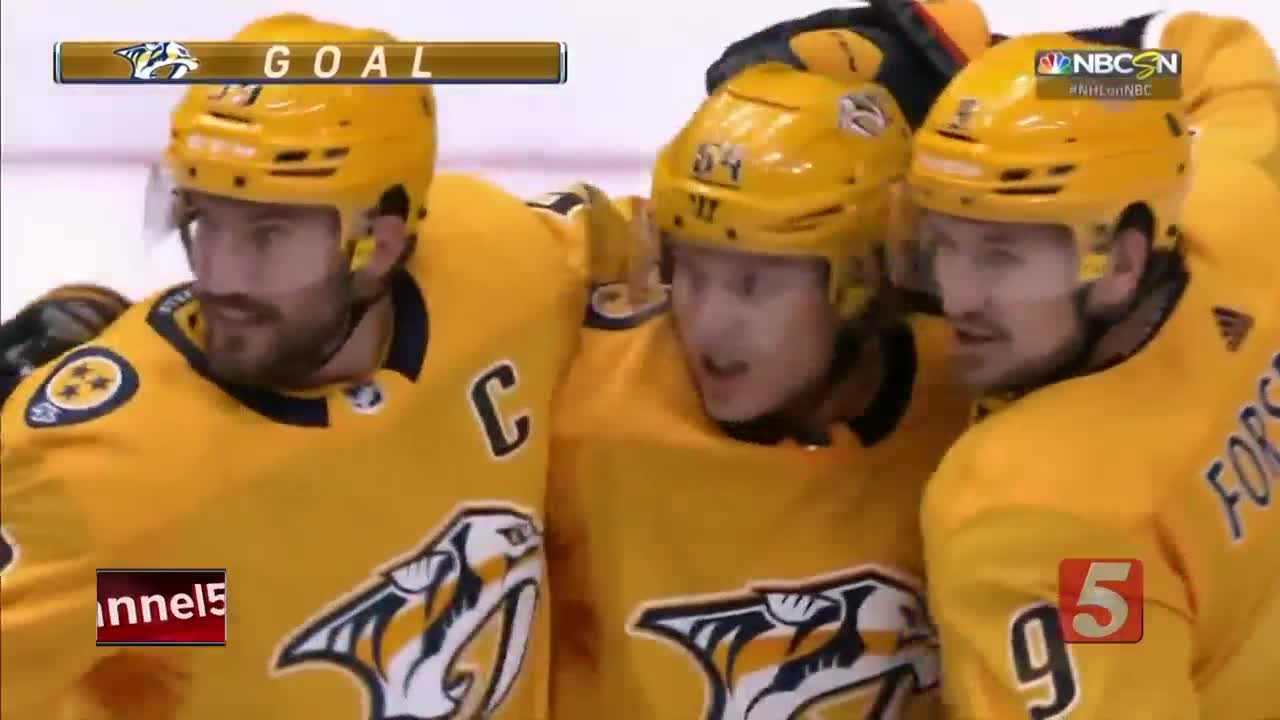 The players arrived to throngs of their adoring fans around the Gold Carpet walk outside. The pregame ceremony was electric. And Keith Urban rocked the band stage at intermission. It was what opening night in Smashville is all about. 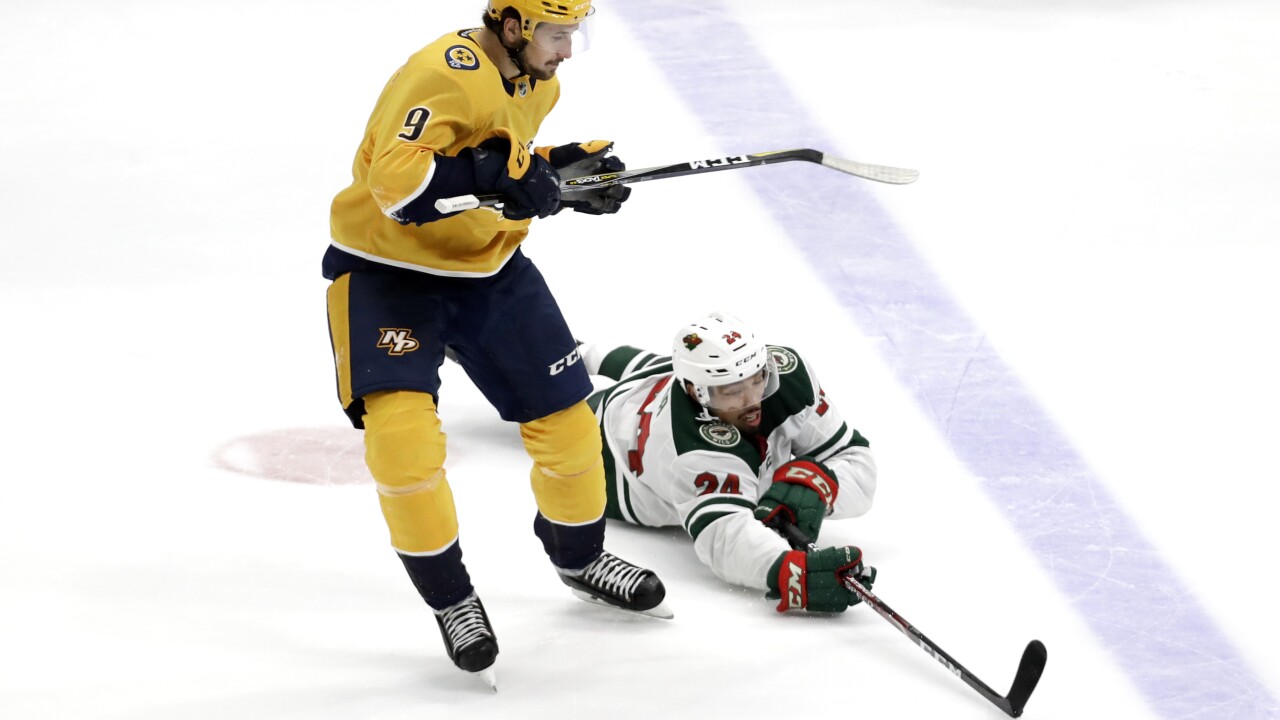 NASHVILLE, Tenn. (WTVF) — The players arrived to throngs of their adoring fans around the Gold Carpet walk outside. The pregame ceremony was electric. And Keith Urban rocked the band stage at intermission. It was what opening night in Smashville is all about.

But after a long summer all the Predators wanted to do was drop the puck on a new season, and that’s what they did with a 5-2 win over the Wild Thursday night in front of the 154th consecutive sellout crowd at Bridgestone Arena.

They waited a long time for this night, 164 days to be exact. That’s how long it’s been since the Preds were unceremoniously dumped from the playoffs by the Stars in the first round last spring. It was the longest offseason in these parts in five years.

The Predators have proven themselves as one of the best teams in the NHL with a trip to the Stanley Cup final, a President’s Trophy and two Central Division titles in the past three years. But last year’s playoff disappointment has left this team hungry to move on from their past and chart a new course.

So this year there was no pregame banner ceremony with players posing for pictures on the ice. This time the banner was already hanging in the rafters with just a curtain hanging in front of it until it was ready to be unveiled.

This was no celebration of last year. This was time to turn the page. And the Predators did by dominating the Wild in five-on-five action all night. It just took them a while to have something to show for it.
There was the goal that wasn’t and then was and then wasn’t again as Mikael Granlund’s tally was overturned for a high stick on replay, extending the national nightmare that is the Predators power play drought. And there was the too many men on the ice penalty that led to two Wild goals in 43 seconds and turned a 1-0 lead into a 2-1 deficit after two periods.

That’s when the pedal tavern rolled onto the ice at Bridgestone Arena (as if there weren’t enough of them downtown already). The Predators’ newest intermission promotional idea was met mostly by incredulous looks by fans and ridicule on social media. It appeared to be the rare miss from a franchise that does entertainment almost as well as it does hockey.

But then the home team exploded for four goals in the third period to capture a victory. Forget the rally catfish, the Preds may have found the rally tavern.

Whether it was the good luck pedal joyride or just a good chewing from Peter Laviolette, the Predators responded in the third. Granlund finally cashed in, deflecting Roman Josi’s shot from the point past Devan Dubnyk 27 seconds into the period, and Austin Watson tipped in a Ellis shot while laying flat on the ice just 1:29 later for the lead.

Pekka Rinne stoned Jason Zucker twice from point blank range to preserve the lead. Then Craig Smith picked up his 300th career point with a hard shot that led to a long rebound that Viktor Arvidsson punched home for a 4-2 lead, which earned each fan in attendance a free Frosty from Wendy’s in a promotion that no one will ever complain about.

Newcomer Matt Duchene showed his immediate worth with three assists, including the helper on Forsberg’s empty-net goal that capped the scoring.

Duchene said after that his Predators debut was, “about as perfect as I could draw it up.” But even the newcomer wasn’t about to get carried away with the show of opening night.

It was one win. And there’s 81 more games to go just in the regular season.

The Predators had to wait for this all summer. They were rested, motivated and ready to go.