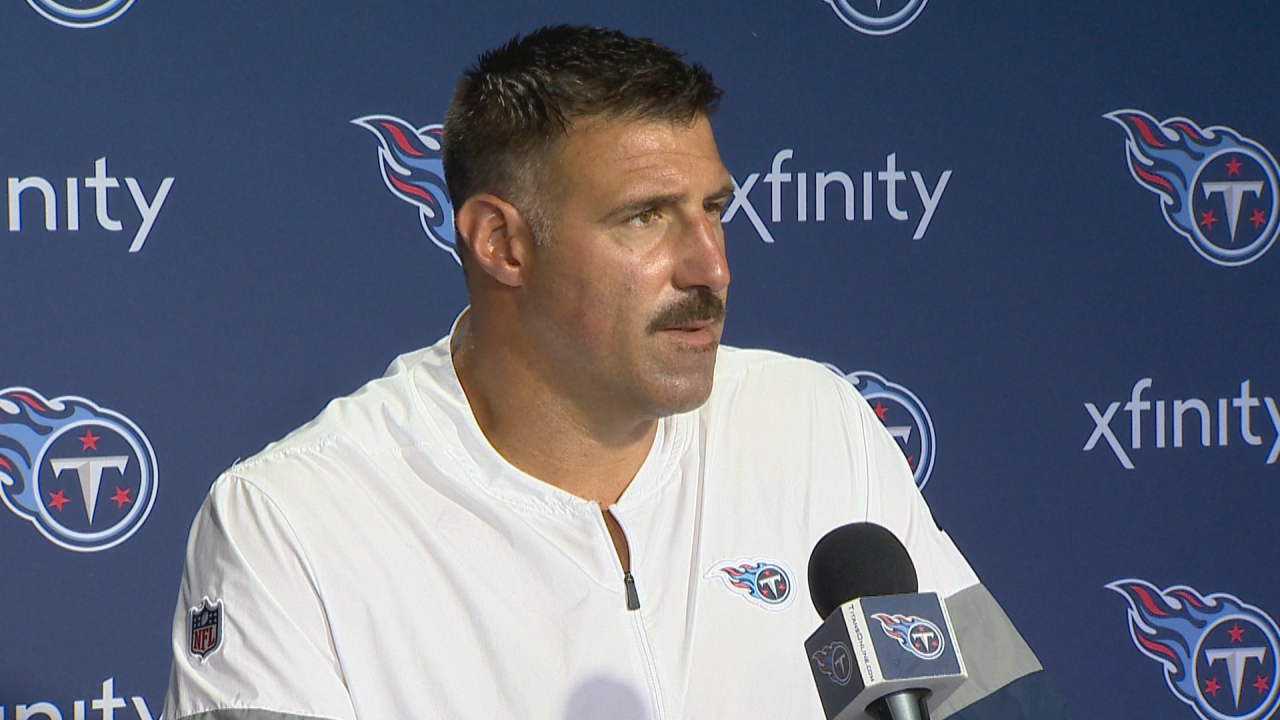 CHICAGO (WTVF) — The preseason finale brought a game that saw both teams test their starters, but also late game heroics as Logan Woodside hit Dalyn Dawkins for a three-yard touchdown with 1:25 left as the Titans beat the Bears 19-15 to bring the NFL’s long preseason mercifully to an end.

Woodside and Dawkins were two players that got an extra long loom from the coaching staff Thursday night as the team prepares for final roster cuts, and both showed out.

Woodside, the team’s third quarterback, got the start and played the entire game. He completed 17-of-29 passes for 212 yards and two touchdowns, both to Dawkins who also ran for 117 yards on 13 carries.

Woodside is clearly way behind Marcus Mariota and backup Ryan Tannehill, but he’s had a solid preseason in style. Would the Titans keep a third quarterback to protect against injury and in the case that both Mariota and Tannehill could leave in free agency at season’s end?

Meanwhile, Dawkins’ 148 total yards put the spotlight on him, and may have put him back in the discussion with preseason star Jeremy McNichols if the Titans decide to keep four running backs. With Derrick Henry and Dion Lewis figuring to get nearly all the Titans’ rushing attempts this year, whether or not Dawkins or McNichols make the roster will likely depend more on the value they bring to special teams than the numbers they put up running the football.

For head coach Mike Vrabel Thursday night was about giving the guy’s vying for roster spots one last chance to impress, but also a chance to ensure his starters would be healthy for the long regular season ahead. He’s taken the cautious approach with this team, resting guys with nagging injuries, giving veteran leaders days off sprinkled throughout camp and pulling starters early against the Steelers on a sloppy field.

In his mind, each player’s availability for Sept. 8th outweighs any potential benefit gained from a few more preseason reps.

Whether that means the Titans can accomplish their goal of going from good to great this fall remains a question that has to be answered.

Marcus Mariota needs to stay healthy and become the quarterback the team envisioned when they drafted him no. 2 overall. He has the weapons to do it.

Three-time Pro Bow tight end Delanie Walker’s back and seemingly as good as new. Corey Davis has been joined at wide receiver by free agent Adam Humphries and prolific Ole Miss received and second round draft pick A.J. Brown. And running back Derrick Henry led the NFL in rushing last December. Can the former Heisman Trophy winner keep that up for an entire season?

Defensively, Dean Pees’s unit moved into the top 10 of the NFL last year in just about every category. Players believe they have a chance to be the best defense in the league this season.

But none of those players saw the field for any more than warmups Thursday night, leaving Vrabel and general manager Job Robinson to evaluate the rest of what is currently a 90-man roster for maybe a handful of spots.

Vrabel admitted earlier this week most of the roster is set in stone, but did say some positions remained up for grabs and could be won with a solid performance Thursday in what was the final opportunity for many players to impress their coaches after months of work.

Spunky 5’9 receiver Kalif Raymond had a diving 45-yard catch and was also solid as both a kick and punt returner. On defense, linebacker Josh Roberson caused havoc in the backfield all night, coming up with a sack as the Bears tried to march for the win late.

But perhaps the biggest stories of the night defensively was the absence of defensive back Josh Kalu and undrafted free agent lineman Isaiah Mack getting the night off, perhaps signaling that each has won a roster spot.

That won’t become official until 3 p.m. Saturday when the Titans must cut their 90-man roster down to 53 for the regular season. Then everyone can turn their attention towards the regular season and a week one date with the Browns a week from Sunday.

At least for the people who hadn’t turned that page long before the Titans and Bears tussled Thursday night.