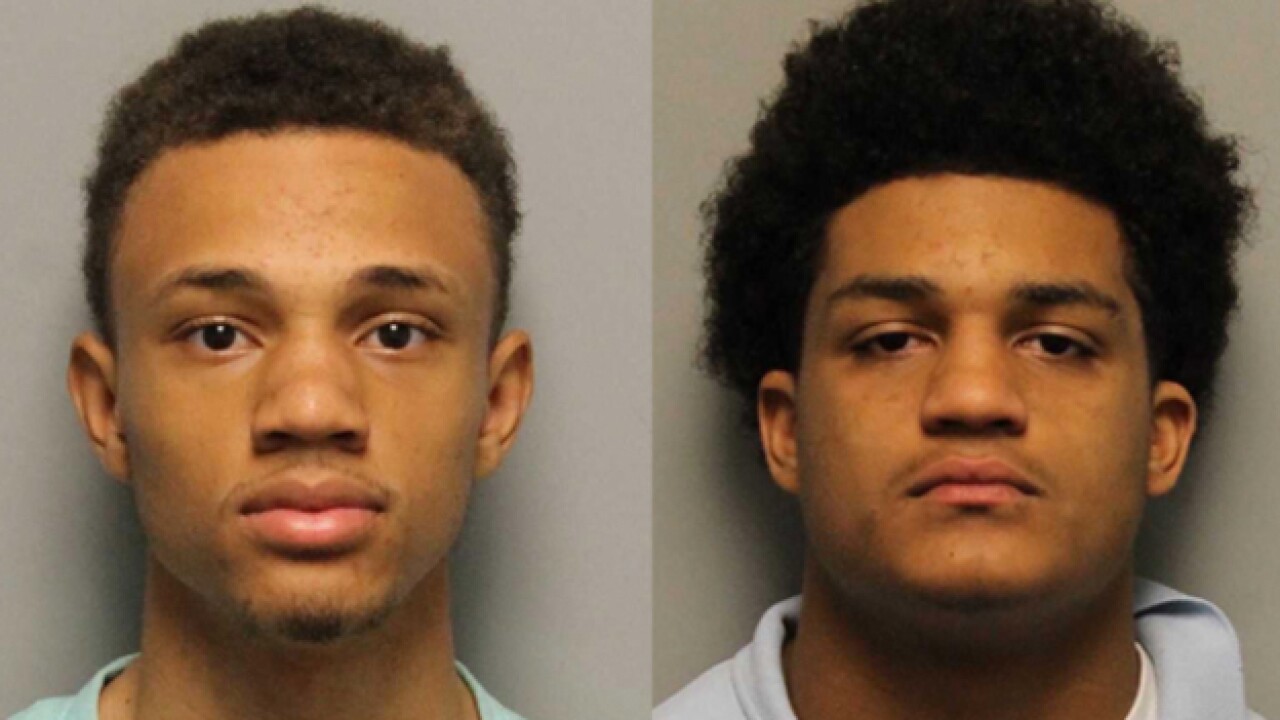 Copyright 2018 Scripps Media, Inc. All rights reserved. This material may not be published, broadcast, rewritten, or redistributed.
&lt;p&gt;Michael Russell and Brandon Caruthers&lt;/p&gt;

An 18-year-old was arrested and charged in the death of 24-year-old Craig Crisp, who was shot and killed in an apartment.

Michael Russell was charged with criminal homicide for the Aug. 11 murder of Crisp. Crisp died at Hickory Lake Apartments on Apache Trail.

According to an arrest affidavit, Crisp was only able to tell investigators that someone had tried to rob him before he died at the hospital.

Russell and 15-year-old Brandon Caruthers are also suspects in the August 5 armed robbery of a 54-year-old woman in the same apartment complex parking lot that occurred at 5 a.m., the same time Crisp was killed on August 11.

Russell's arrest affidavit reveals the entire August 11th incident began because of road rage. After his arrest, Russell reportedly told police he was the passenger in a vehicle when the driver, whom he did not identify, began having "an incident" with the other driver who was later identified as Crisp. Russell told investigators his driver and Crisp began cutting each other off and Russell's driver later followed Crisp to the apartment complex, where he got out of his vehicle and confronted Crisp.

According to his arrest report, Russell told police his friend got into a tussle with Crisp on the ground. That's when Russell said he shot Crisp one time in the chest. Russell also told police he believed his friend also shot Crisp.

After the shooting, Russell told police he and his accomplice threw their weapons and clothing into the Cumberland River.

According to the affidavit, at no point did Russell identify his accomplice to police.

In addition to criminal homicide, Russell was charged with aggravated robbery in the August 5 case. The search for Caruthers continues.