Family Speaks Out After Elderly Lady Dies In Tornado 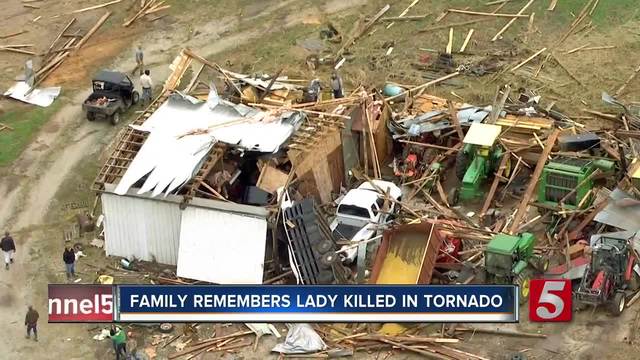 A family is grieving after their loved one died when her home collapsed during a tornado. "It's just like it flattened everything," Tammy Brown said. Brown is devastated and in disbelief after the force of a tornado brought down her parent's home. 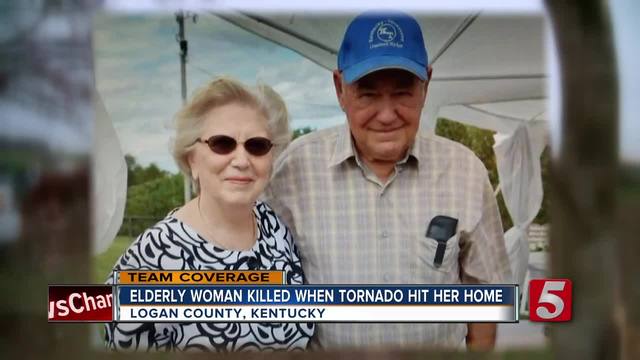 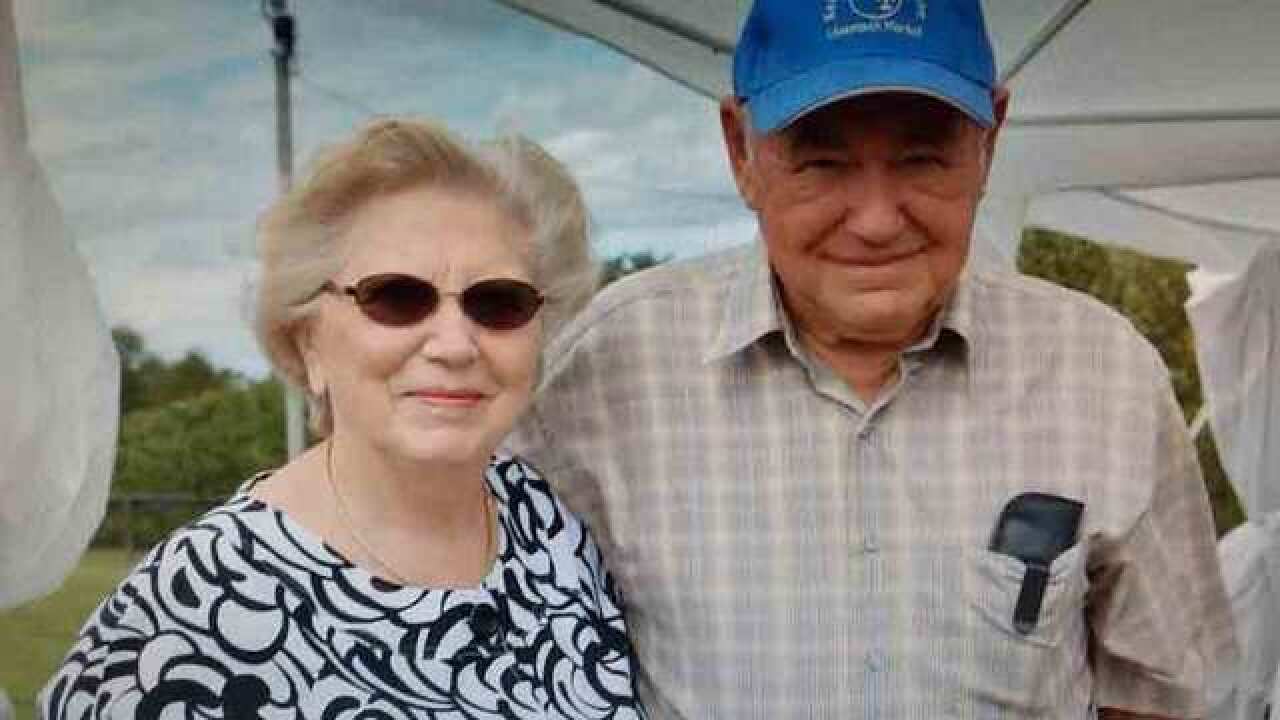 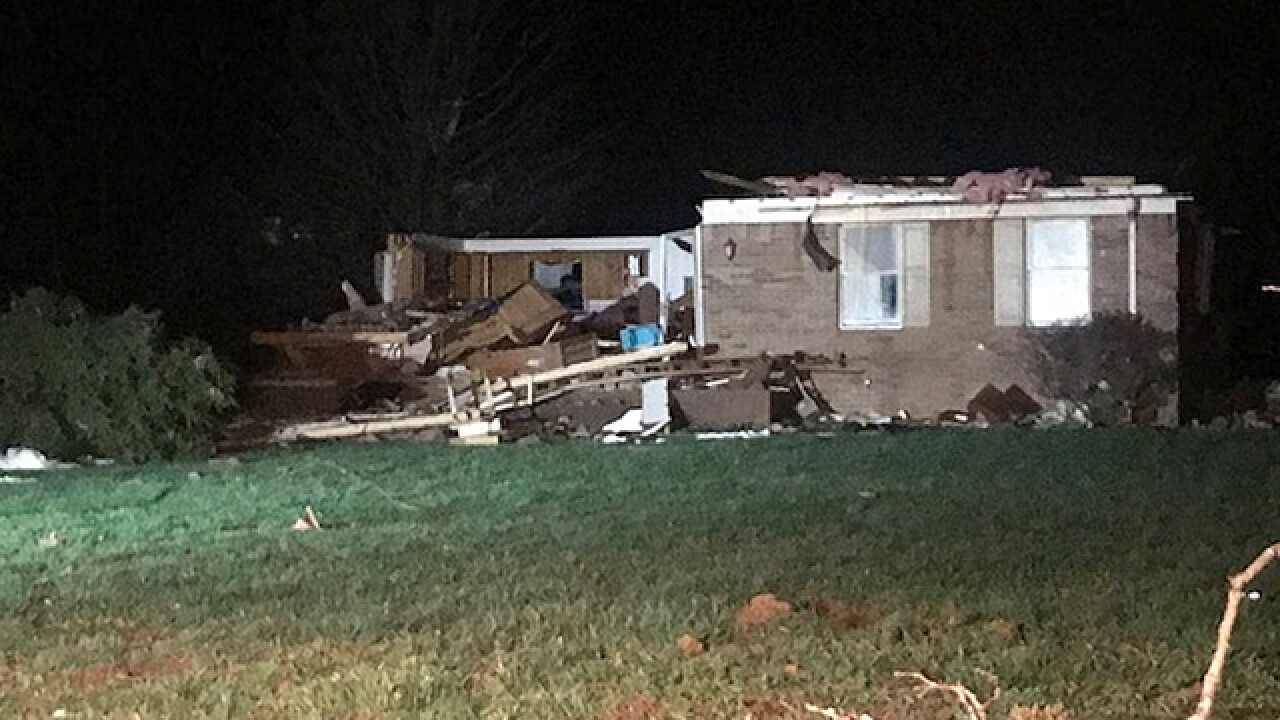 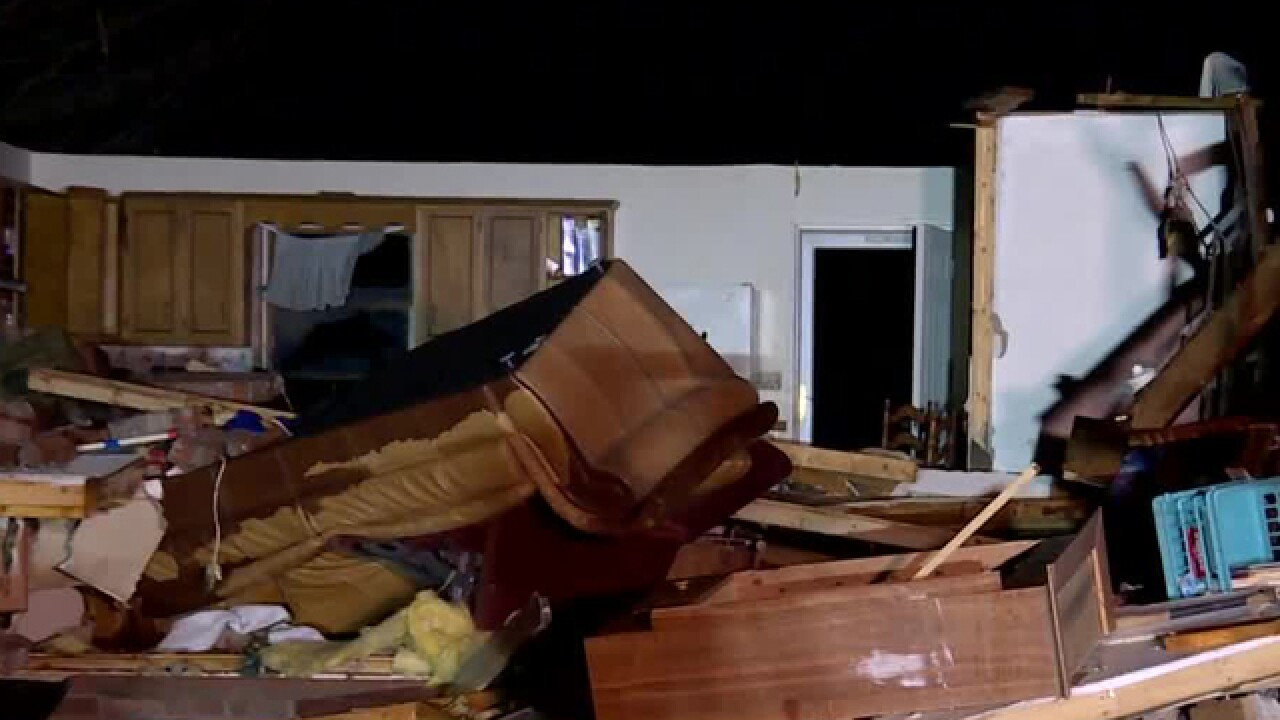 A family is grieving after their loved one died when her home collapsed during a tornado.

"It's just like it flattened everything," Tammy Brown said.

Brown is devastated and in disbelief after the force of a tornado brought down her parent's home on Dot Road.

"He lost everything in 12 minutes," Brown said.

She visited them just moments before the tornado struck.

"I mean, I left here yesterday at 3:15 p.m., and this place was picture perfect," Brown said. "And you look at it today, and you've got metal in all the trees. They've been walking around in the fields, and they went all the way to the river and they were finding my daughter's toys."

Dallas Combs, age 79, who went by Jane, was inside the home when it collapsed.

"Dad's not coping… he was the one that found her," Brown said.

John Combs was outside putting down sandbags when the tornado hit.

"So when it took the roof off, it sucked him back through the basement, so he immediately went up the steps, and he started calling for her," Brown said. "He moved a big thing of bricks, and he knew the minute he saw her she was gone."

The woman he loved was taken from him. They had lived in that home for 30 years.

"All he can tell me is, 'The love of my life is gone' and 'I can't live by myself because I've never been by myself,'" Brown said.

Jane and John were just months away from celebrating their 60th wedding anniversary.

"She was a very Christian woman, and her last words to you every single time was, 'I love you.' Because she never knew if when she saw you, it was going to be the last time," Brown said.

On Saturday, Tammy Brown's mother said "I love you" for the last time.

She said it's upsetting that her parents had no warning.

"My phone went off after she was dead," Brown said.

According to the National Weather Service's report, the EF-2 tornado touched down at 3:54 p.m. on Saturday. The tornado warning was issued at 4:06 p.m. according to the NWS survey team from Louisville, Kentucky.

For this family, it was too late, and now they begin the process of rebuilding without Jane by their side.

The couple had made plans to move to Lexington this year and lease out their farm. According to family, the funeral will be held there.

A GoFundMe account has been set up to help the family pay for funeral costs.