Haslam on TNReady: 'It's been one of my biggest frustrations' 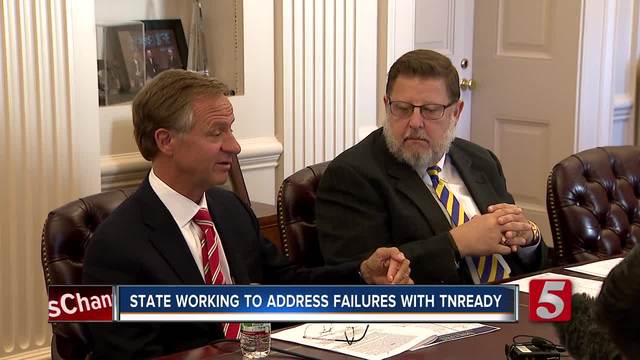 Nearing the end of his time as governor, Bill Haslam on Wednesday outlined an aggressive set of plans to help address major flaws in the state's TNReady education assessment test. 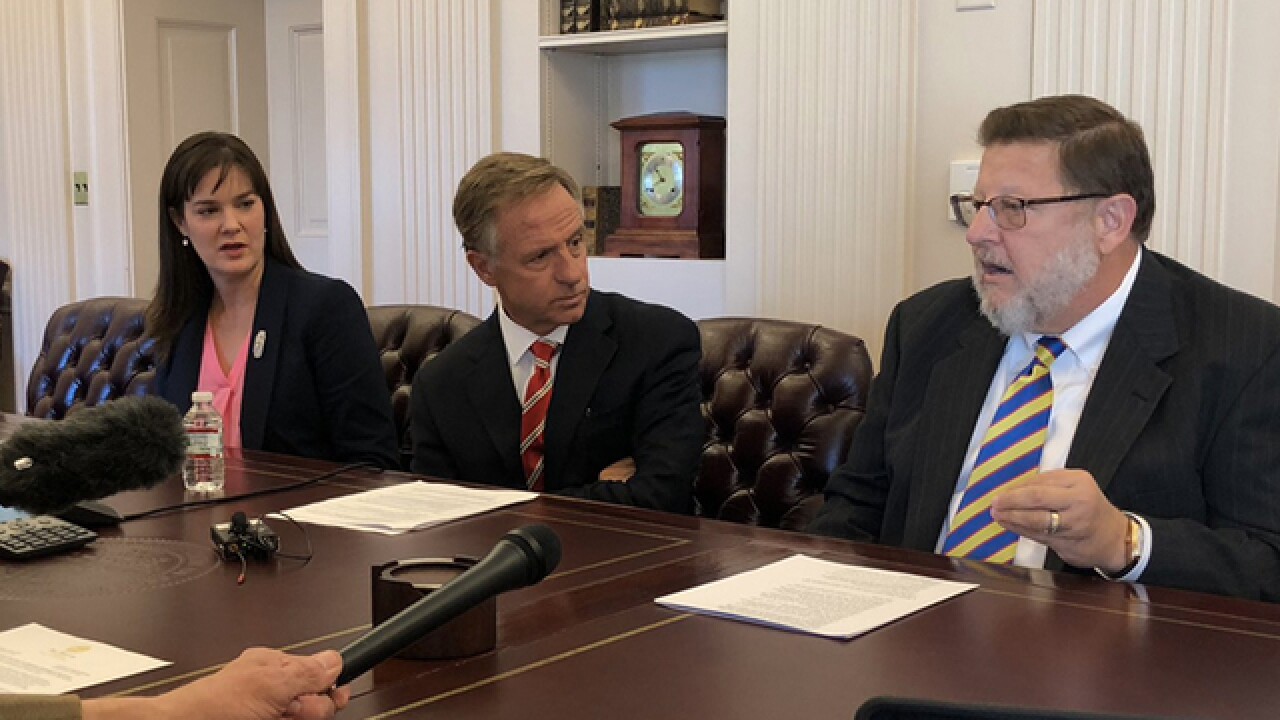 Nearing the end of his time as governor, Bill Haslam on Wednesday outlined an aggressive set of plans to help address major flaws in the state's TNReady education assessment test.

The mandatory tests have left many teachers and students frustrated over the last few years. In the spring of 2018, many districts had to delay testing because the online portal used to administer TNReady continually crashed.

As a result, state officials have said they have begun the search for a new vendor for the 2019-2020 school year. For TNReady tests being administered this fall and spring though, Questar will still be the state's vendor, primarily because of constraint's facing Haslam's outgoing administration and because of a contract the state has made with the company.

During a sit-down conversation with reporters inside his office at the Capitol, Governor Haslam, along with Education Commissioner Candice McQueen, outlined a series of steps the state is implementing following a months-long listening tour with teachers from Memphis to Johnson City.

"It's been one of my biggest frustrations," Haslam said about the constant failure plaguing the yearly assessment test.

One frustration many districts had, especially in rural parts of the state, was that they simply couldn't afford to buy enough technology for every student who needed to take the TNReady test.

The state has also spent the last week administering practice tests with some 50,000 students from across the state to ensure Questar's online portal can handle the capacity, which it has failed to do in prior years.

For the coming year, grades 3-4 will remain using paper tests only. Grades 5-8 will continue testing science online but other subjects will be tested on paper, as well. High school end-of-course assessments will be administered online but Haslam said the state will explore offering reading passages in paper copy.

The plan also includes getting teachers, families and students faster results once the tests are completed. Haslam said the state will spend more money on practice test questions that would allow teachers a broader choice of resources to use when preparing their students.

"We are trying to focus on getting results back to teachers in a more timely way so they know where to work with students," Commissioner McQueen said.

McQueen has fallen under fire for her handling of the tests. During the 2018 spring TNReady testing sessions, many school districts had to simply give up testing students on certain days because Questar's online system would continually crash.

Teachers, students and state lawmakers were so infuriated by the TNReady's failures, that lawmakers passed legislation making sure no one would be negatively impacted by the high-stakes exam that determines everything from teacher pay, to school standing.

“The culture is not where we need it to be” - Wayne Miller talking about overcoming the failures of TNReady and the frustrations it’s created with teachers and students pic.twitter.com/cM4HNTqbwC

State officials admitted on Wednesday that morale in many schools has suffered as a result of TNReady's failures.

"The culture is not where we need it to be," said Wayne Miller, Tennessee Organization of School Superintendents director.

In Wednesday's meeting, Governor Haslam echoed that sentiment, saying the only way the state can regain trust in the TNReady system is by "getting it right" for students and teachers over the next few years.

One of the biggest unknowns though is what will happen when a new governor is elected in November.

Both Bill Lee and Karl Dean have said the state needs to do a "reset" on the controversial test plagued with problems. But Governor Haslam says regardless of who is elected governor, TNReady tests will have to be administered at least through the spring of 2019.

"We don't want to go backwards on this, 10-years-ago we weren't telling parents the truth about how their students were doing. Teachers said, 'fix this, don't start over,'" Haslam added.