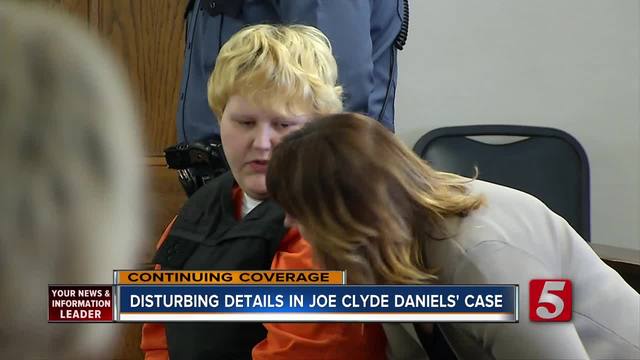 The case against Joe Clyde Daniels' parents has been bound over to a grand jury. 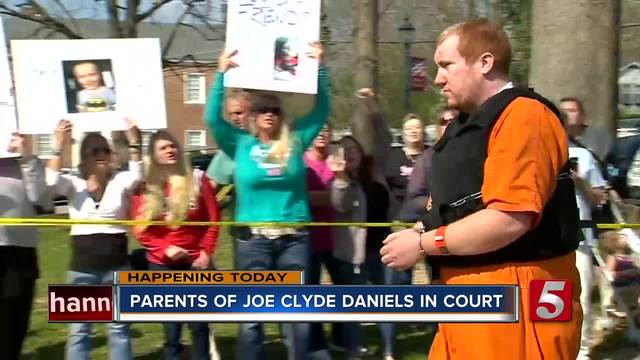 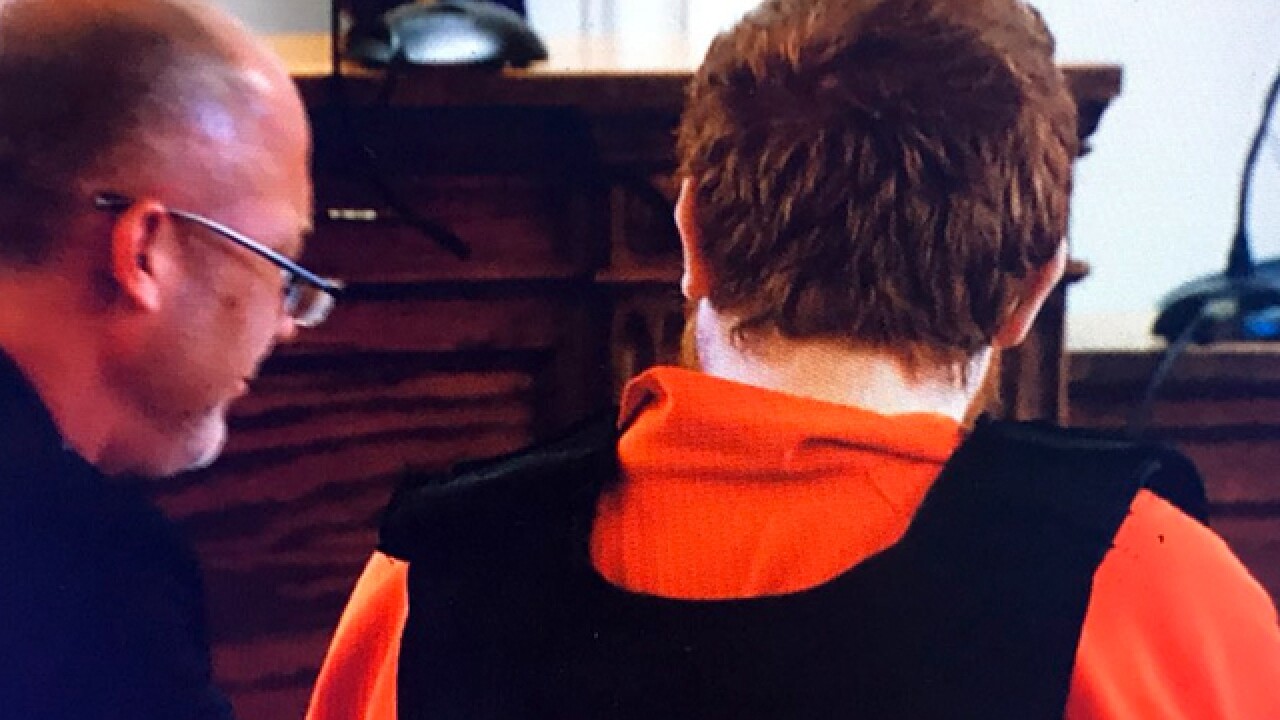 The case against Joe Clyde Daniels' parents has been bound over to a grand jury.

Joseph and Krystal Daniels made an appearance Monday morning wearing an orange jumpsuit and bulletproof vest. Both have been charged in the death of their 5-year-old son.

Joe Clyde's father reportedly admitted to beating his son to death and dumping the body in a remote area, but so far, the little boy's body has not been found. His wife, Krystal, was also arrested in connection to the alleged crime.

As the hearing got underway, TBI agent Joey Boyd -- the lead agent in the case -- took the stand.

Boyd said Joseph Daniels agreed to take a polygraph but failed the test. After a 5-6 hour interview, Joseph Daniels reportedly admitted to beating his son to death with his fist multiple times, Boyd said.

Agent Boyd also testified that during an interview with Sheriff Jeff Bledsoe, Daniels said he wanted to tell authorities where the body was but couldn't because he "doesn't want the public to know what [Daniels] did to Joe Clyde."

In the written confession by Joseph, Boyd read that he disposed of the body using his wife's cell phone as a flashlight.

Krystal Daniels agreed to take a polygraph but also reportedly failed. During a post-polygraph interview, Boyd said she admitted her involvement.

Boyd testified that Krystal said she heard a loud scream described as a “painful scream” and it suddenly stopped. She walked out of the bedroom to see Joe Clyde on the floor with his father over him with a closed fist.

Boyd said she then went back to sleep and lied to officials about what happened. He added that Joseph reportedly swung at his wife and threatened to kill her if she said anything.

Stories emerged alluding past domestic issues between the couple, including the time Joseph allegedly punched holes in the wall so he would not hit his wife instead.

In the hearing, Boyd said investigators collected several evidence including Joseph's clothing, one being a shirt he wore the day he was arrested that said 'Super Dad.'

He stated blood was found in the console of his Chevy Impala, which apparently was used to move his body. There was also blood found on his clothing, but no signs of evidence inside the house.

The blood collected is awaiting results.

Joseph's public defender Jake Lockert argued the lack of physical evidence in the case, and hammered the point that so far, prosecutors only have a confession and unidentified blood.

"It just doesn't make a lot of sense that he beat the child 5 to 10 minutes and that blood transferred in the car but not in the house," Lockert told NewsChannel 5.

After the case was bound over, a public defender argued that Krystal Daniels' bond was not appropriate and not reasonable to be met. However, the judge ruled denied the request the reduce the $1 million dollar bond to $50,000.

Outside the courthouse, several staged a silent demonstration as Joseph and Krystal Daniels arrived. Organizers said they remained silent unlike the last court hearing because they wanted to represent the silence from the parents on the whereabouts of their son's remains.

Some of the posters from demonstrators who have gathered outside the courthouse waiting to see Joseph and Krystal Daniels. @NC5pic.twitter.com/PYma0vkzhM

Dozens of law enforcement volunteers searched for the boy's body this weekend. Saturday night K-9 officers thought they found something, but it ended up being a false call.