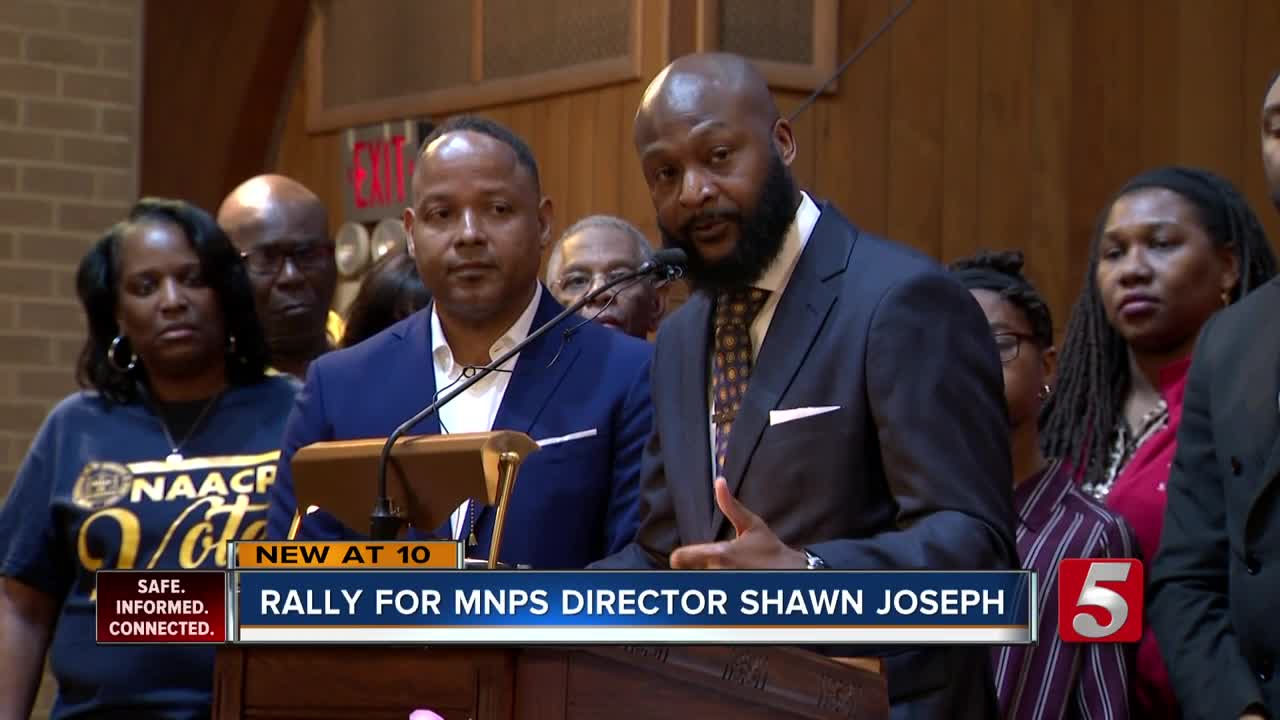 Amid a bitter divide among Metro school board members and a report of record low morale among teachers, the Nashville Branch of the NAACP and the Interdenominational Ministers Fellowship held a rally to support De. Shawn Joseph. NASHVILLE, Tenn (WTVF) — Amid a bitter divide among Metro school board members and a report of record low morale among teachers first uncovered by NewsChannel 5 Investigates, the Nashville Branch of the NAACP and the Interdenominational Ministers Fellowship held a rally to support embattled Metro Schools director Shawn Joseph.

The rally at New Hope Baptist Church -- called "Stand Up for our Youth & Dr. Shawn Joseph" -- was attended by about 100 people, including several high profile community members in support of Schools Director Shawn Joseph, including at least one school board member and two metro council members.

One of the most impassioned speakers of the evening was Nashville Criminal Court Clerk Howard Gentry.

The group addressed questions from NewsChannel 5 about a report from the school's own law firm that school teachers morale is at an all-time low.

"We believe from talking to teachers, that the reason, the cause is the pay increase has not been given," said James Turner, president of the Interdenominational Ministers Fellowship, saying the problem stemmed with Metro Council not fully-funding Metro Schools, not with Joseph.

As for the money Metro Schools was granted, NewsChannel 5 asked about a contract with the company Performance Matters for a student assessment platform that teachers say largely went unused.

"Again, we'd like to see the schools funded fully by the city council," responded Keith Caldwell, president of the NAACP Nashville Branch. "I'm sure if the money was spent, that the director saw fit to have it spent. I don't want to haggle with you over nickels and dimes."

The rally ended with a warning to school board members who are pushing for Joseph to be fired.

"If [school board members] fire Dr. Joseph, that means they're firing the kids," said Turner. "And when we get to the voting booth come August, we're going to fire them!"