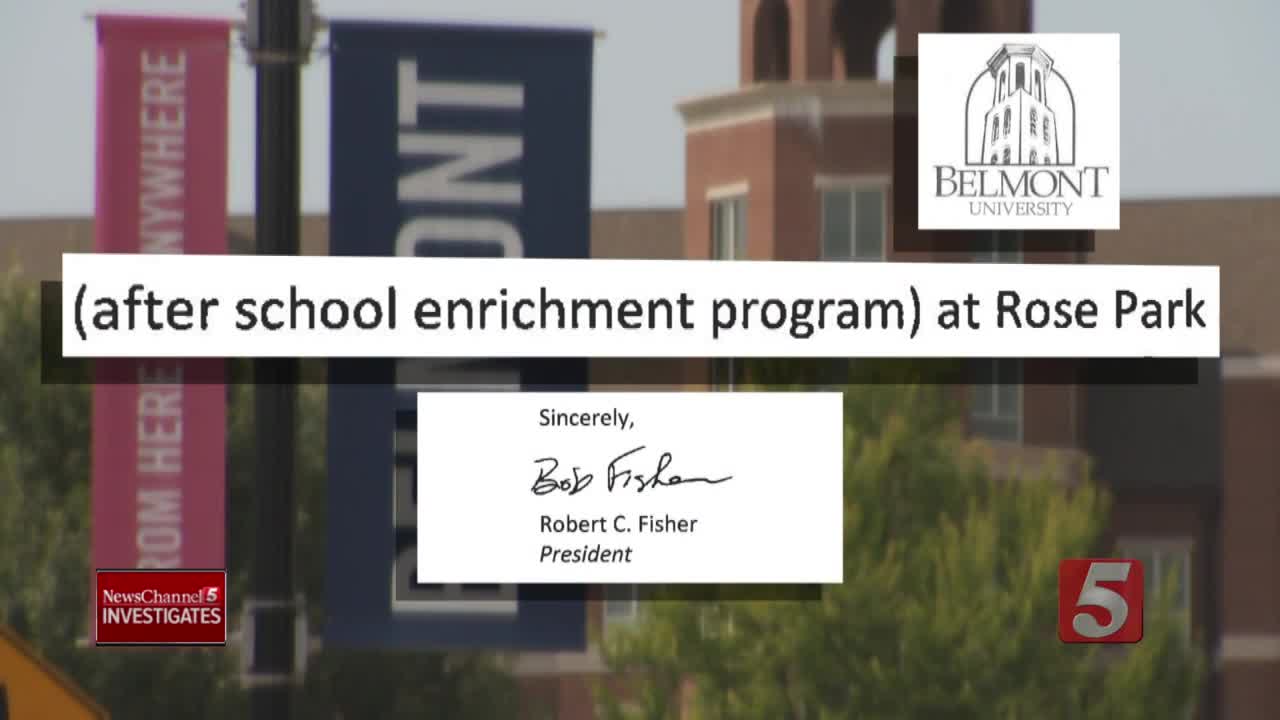 Belmont University promoted an after school enrichment program run by MNPS as part of its controversial batting facility project, but documents show there's no money to pay for it. 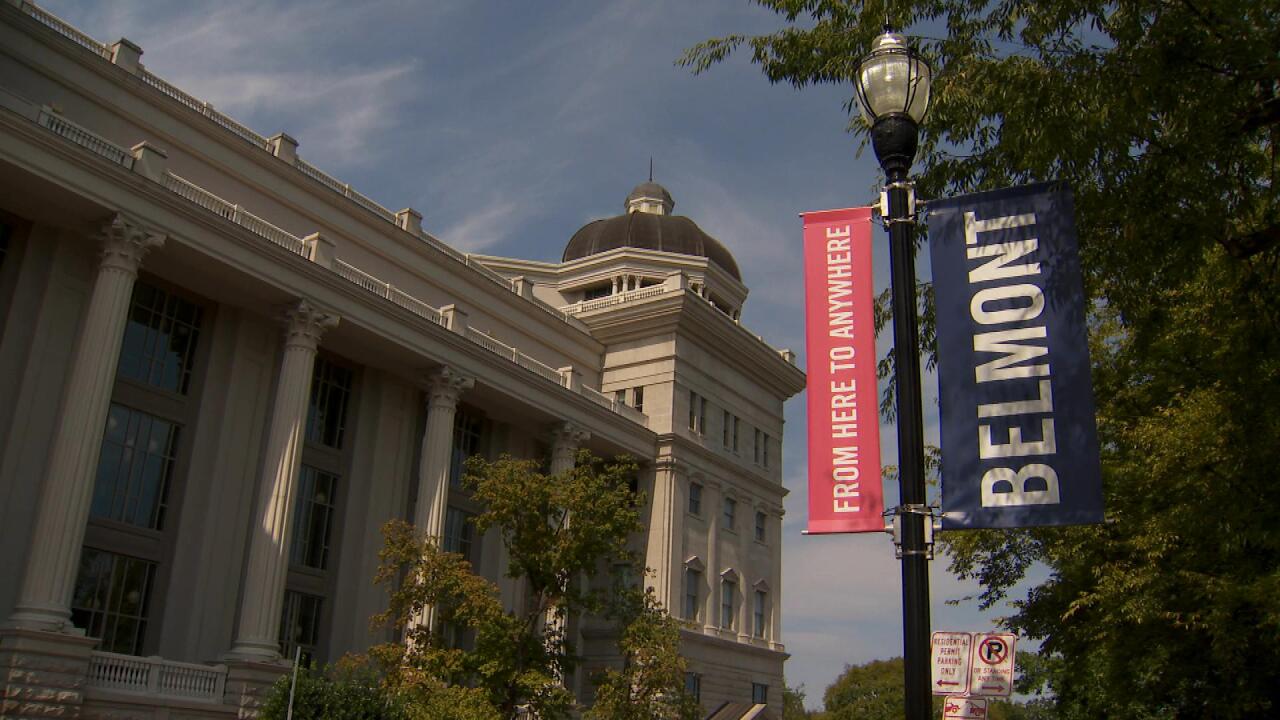 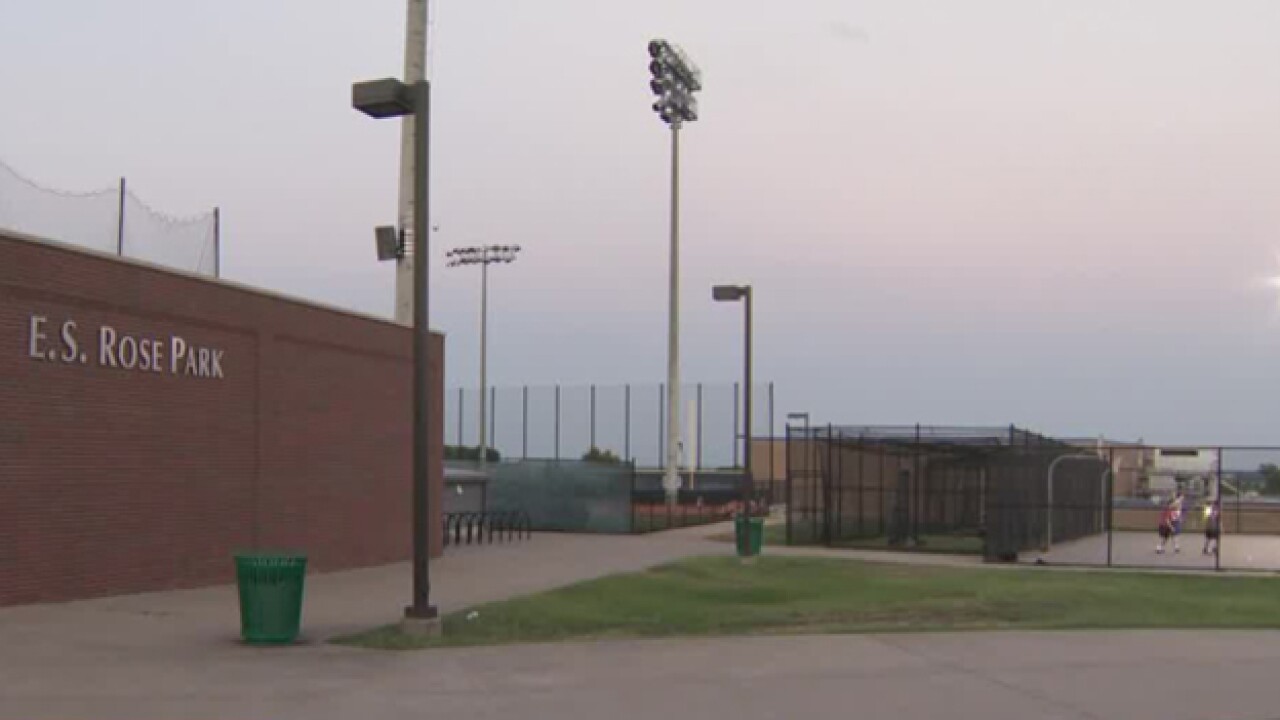 NASHVILLE, Tenn. (WTVF) — Belmont University has come under fire for its plan to build a controversial batting facility in the Edgehill neighborhood. But both supporters and even opponents have been excited about a new after school enrichment program that was promised as part of the project. The only problem is there's no money for it. And newly uncovered documents show Belmont has known that for some time, yet has continued to aggressively promote the program as part of the deal.

When Belmont University announced it wanted to build a two story athletic facility with batting cages, locker rooms and offices for its baseball coaches at the city-owned Rose Park, neighbors complained and tried to stop the plan so Belmont then announced the project would include an ambitious after school enrichment program at the Easley Center, run by Metro Schools for the Edgehill neighborhood kids.

Belmont talked up the program during an interview with NewsChannel 5 Investigates last September.

Belmont's Vice President for Administration and University Counsel, Jason Rogers, described the program then, "The children will be receiving academic tutoring and mentoring after school. They'll be receiving a hot meal at the school sites as well as at the community center at Rose Park and then when they split up to do their extracurricular activities, some of which will be artistic activities, some of which will be studying about their community and their neighborhood and the history of baseball in Rose Park."

But as Belmont has used this enrichment program as a selling point for its batting facility, the university has known there is no money to pay for it.

According to emails, Metro Schools needs at least $130,000 to provide "the after school and summer programs that were promised (to) the residents of Edgehill."

Yet Belmont kept right on plugging the extended learning program as it tried to sell the community on the batting facility.

During the September interview at Belmont, the university's Jason Rogers said MNPS would be using the batting facility in its enrichment program.

And when Belmont had to get the Metro Planning Commission to approve the athletic facility last October, Belmont again held out the enrichment program as a key component of the project, including in a letter to the Planning Commission from Belmont University President Bob Fisher.

The university also submitted letters to the Planning Commission from Edgehill area churches and community groups, all expressing support for the project, including the proposed enrichment program for kids.

And, they also turned in more than two dozen pre-printed letters, signed by Edgehill residents, that urged the Commission to vote for the batting facility and described in detail what the affiliated enrichment program would provide their kids.

Mary Stewart is one of the residents who signed one of those letters of support.

We asked her, "How much did that (the enrichment program) convince you to support this program?"

And her neighbor, Octavia Covington, also signed a letter.

"They made it sound good to me and a whole lot of other people in the Edgehill homes," Covington said.

We asked Stewart, "If you knew they didn't have the money, would you have signed this (the letter of support)?"

And Covington told us, "I don't think it's right. I really don't, Miss Kraus. That's false advertising, ain't it? It really is.,"

Belmont repeatedly declined requests for an interview, but Rogers wrote in an email, "If you are implying that we intentionally misled or misrepresented any aspect of this partnership in regards to the extended learning enrichment program, I can confirm that is absolutely false."

He told us in a follow-up email, it was Belmont's "clear understanding – that MNPS was and is committed to continuing to pursue the required funding to make these programs a reality." And, "any past references to these enrichment programs as benefits to the Edgehill community were made in good faith based on this understanding."

Metro Schools still though has not found a way to fund the enrichment program.

And Belmont, as recently as December, was still promoting it, as we found, at a community meeting held at the police precinct not far from the proposed batting facility site.

At that meeting, Jason Rogers told neighbors, "This would be the first extended learning program that offers athletic enrichment opportunities."

But the folks in Edgehill who were once strong supporters say now, they're not so much.

"No," Mary Stewart told us.

"Because they don't have enough money to have the program to get it started and they should have had enough money before they had folks to sign this," she explained.

Metro Schools says that while the extended learning program is still a goal, they still have not found any way to pay for it. They also told us that they have not applied for any grants other than the one they did not get last year.