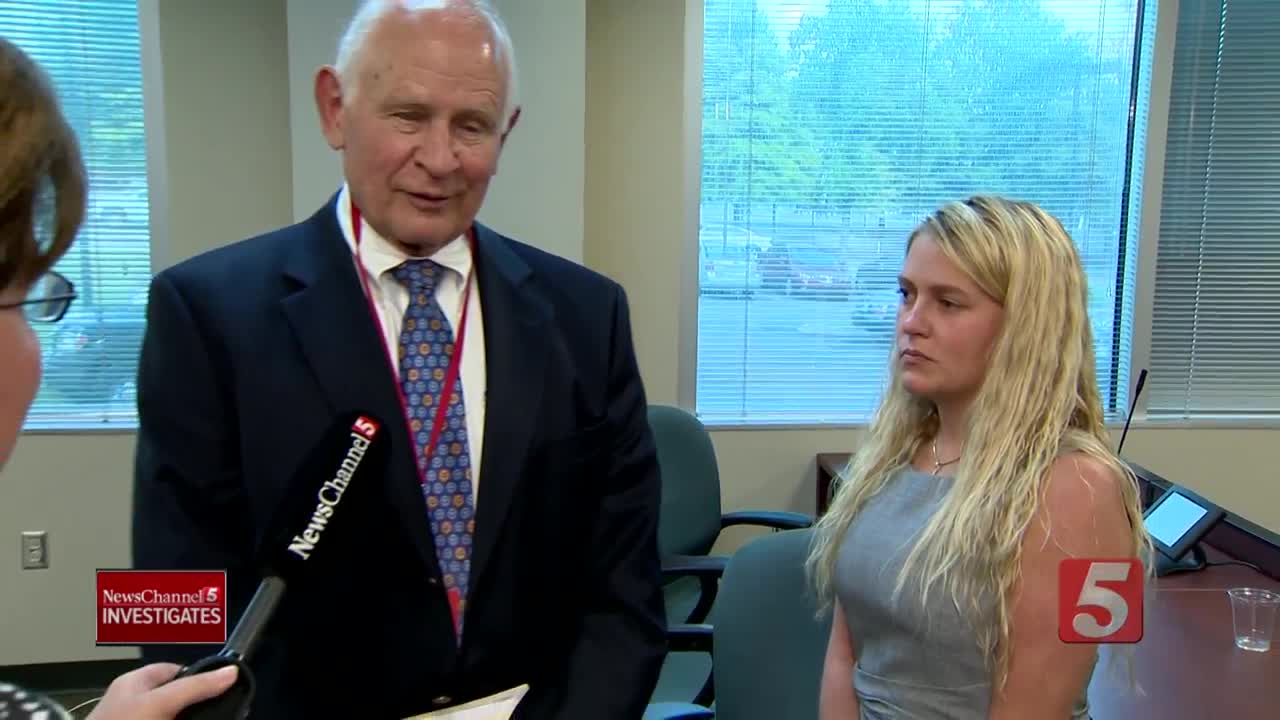 Attorneys for Murfreesboro insurance agent Kelsey Ketron asked and got more time in the insurance fraud case against her by the Tennessee Division of Insurance. The state is seeking to revoke her license to sell insurance, citing "fraudulent practices" and that she did not have a valid license. 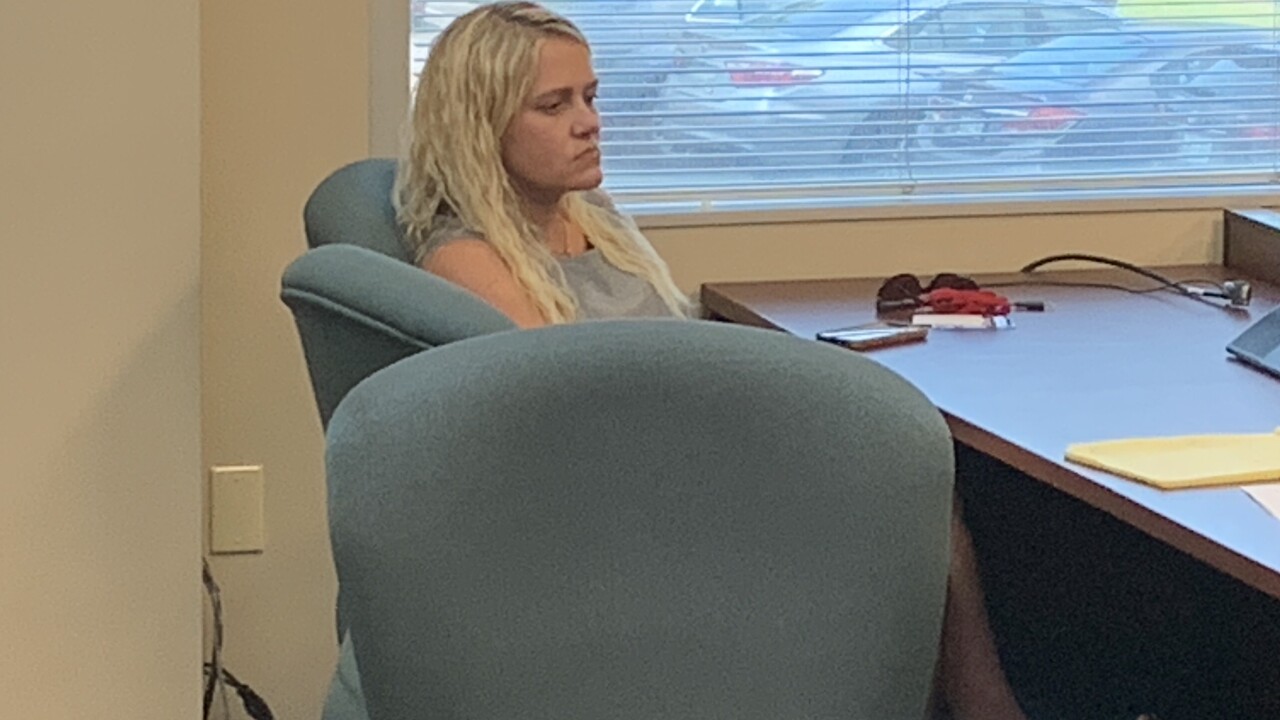 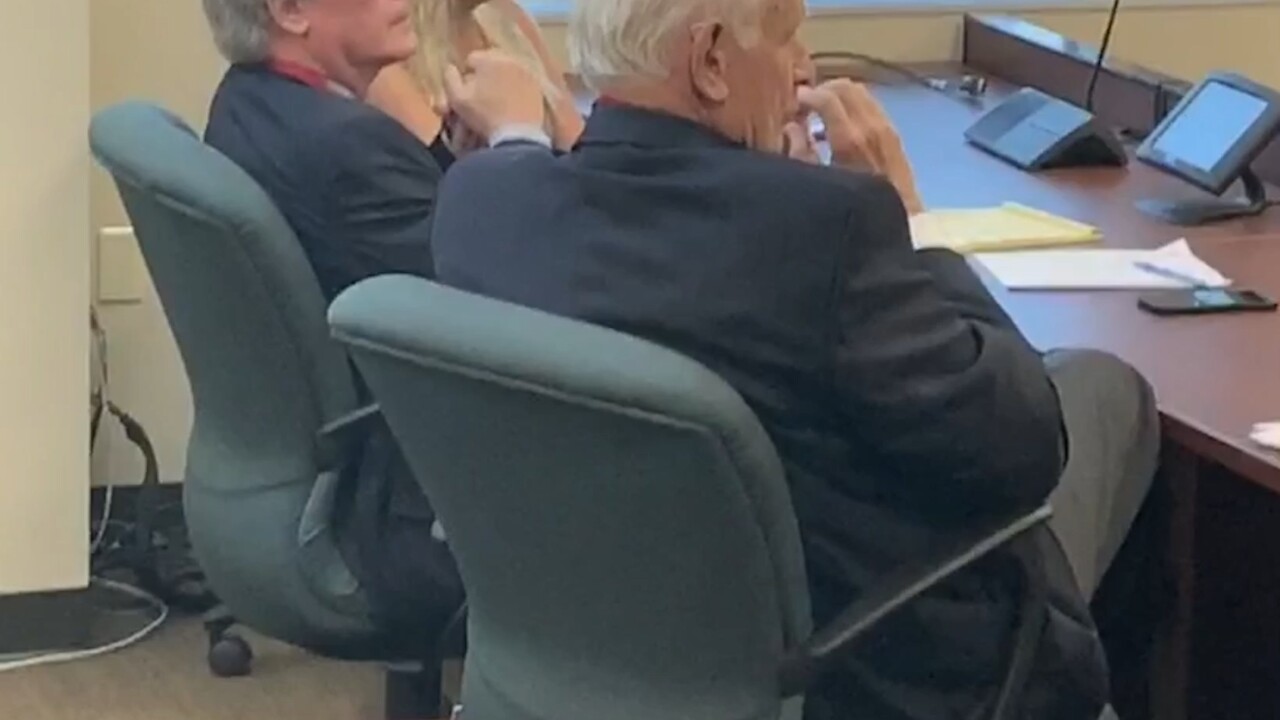 NASHVILLE, Tenn. (WTVF) — The Murfreesboro insurance agent and Tennessee state Republican party official accused of fraudulent practices is fighting to keep the license that allows her to sell insurance.

The state of Tennessee is trying to revoke Kelsey Ketron's license after she allegedly took a homeowner's money but never set up the policy through the agency where she's vice president, Universal International Insurance. The state also says Ketron's license to sell insurance was expired when she was overseeing the transaction.

NewsChannel 5 Investigates first revealed the allegations on Monday against Ketron made by the state in a Cease and Desist order.

Today at a hearing in Nashville before an administrative law judge, the 28-year-old Ketron appeared with her legal team, including Nashville attorneys Aubrey Harwell and Jim Thomas, to answer those charges.

Jennifer Kraus is working on this story and will have video from today's hearing on NewsChannel 5 at 6.

And, while Vishan Ramcharan, attorney for the Tennessee Insurance Division, told the administrative law judge that the state was ready to move forward with the case, Ketron's attorney Harwell explained to judge Phillip Hilliard that he had only been contacted by Ketron about the case on Monday. Harwell added that he'd met with Ketron for the first time to discuss the case just yesterday afternoon and that he needed more time to prepare.

"And the truth is, we're not in a position based on fact or law to proceed today," Harwell stated.

The state's Ramcharan responded that the state "strongly opposed" any sort of continuance in the matter. He pointed to the audience and specifically mentioned how Susan Calvin had taken the day off from work and driven from her home in Shelbyville to be at the meeting.

Calvin is the homeowner who discovered after a frozen pipe burst in her home that she had no insurance coverage, despite having paid Ketron for the policy.

Ramcharan also said Ketron had more than a month to hire an attorney, explaining that the state delivered the Cease and Desist order and notice of the hearing to the insurance agency where Ketron serves as vice-president the day after it was signed, May 29th.

"Mr. Harwell's perceived inability to properly prepare for this hearing is entirely due to the actions or inactions of his client, Ms. Ketron," Ramcharan told the judge.

After hearing both sides, Judge Hilliard agreed to continue the hearing at a later date, saying, "I think to the extent that Ms. Ketron didn't appreciate or understand the gravity of this matter, she does now."

The state suggested the next hearing be held September 20th, more than two months from now. But, Harwell replied that due to the complexity of the case, his team would probably need 90 days to prepare. The judge agreed to let the two sides try to find a date that works for both of them.

After the hearing, Ketron's attorney, Harwell, said he would speak for the both of them, making it clear to reporters there that he had instructed her not to answer any questions from the media.

When asked if he was concerned that Ketron had waited until the 11th hour to hire a lawyer, Harwell told NewsChannel 5 Investigates, "Having been told what I was told yesterday about family issues, personal issues, business issues, of what she saw and didn't see, I have no concern about that and in time, that'll play out in court."

Ketron is an elected member of the Tennessee State Republican Party's Executive Committee.

Ketron's father, Bill Ketron, a former state senator and current mayor of Rutherford County who is also the owner and president of the insurance agency, Universal International Insurance, did not attend today's hearing.

Meanwhile, Murfreesboro police tell NewsChannel 5 Investigates that they have an open investigation into the allegations of fraud contained in the state's Cease and Desist order and that they are working on the case with multiple agencies.