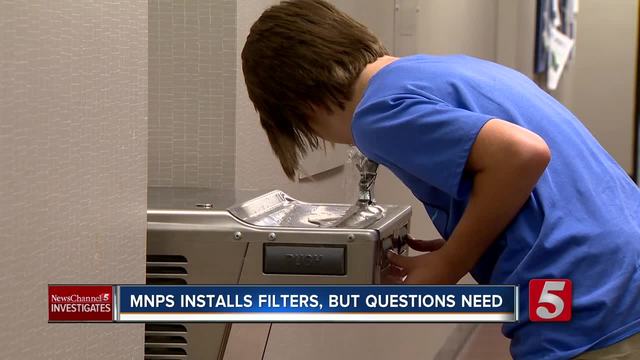 On the heels of a NewsChannel 5 investigation, at least one Metro school now has the filtered water fountains that parents had been fighting for. That despite claims from a district spokesperson that water filters are an expensive choice that don't really do anything to protect children. 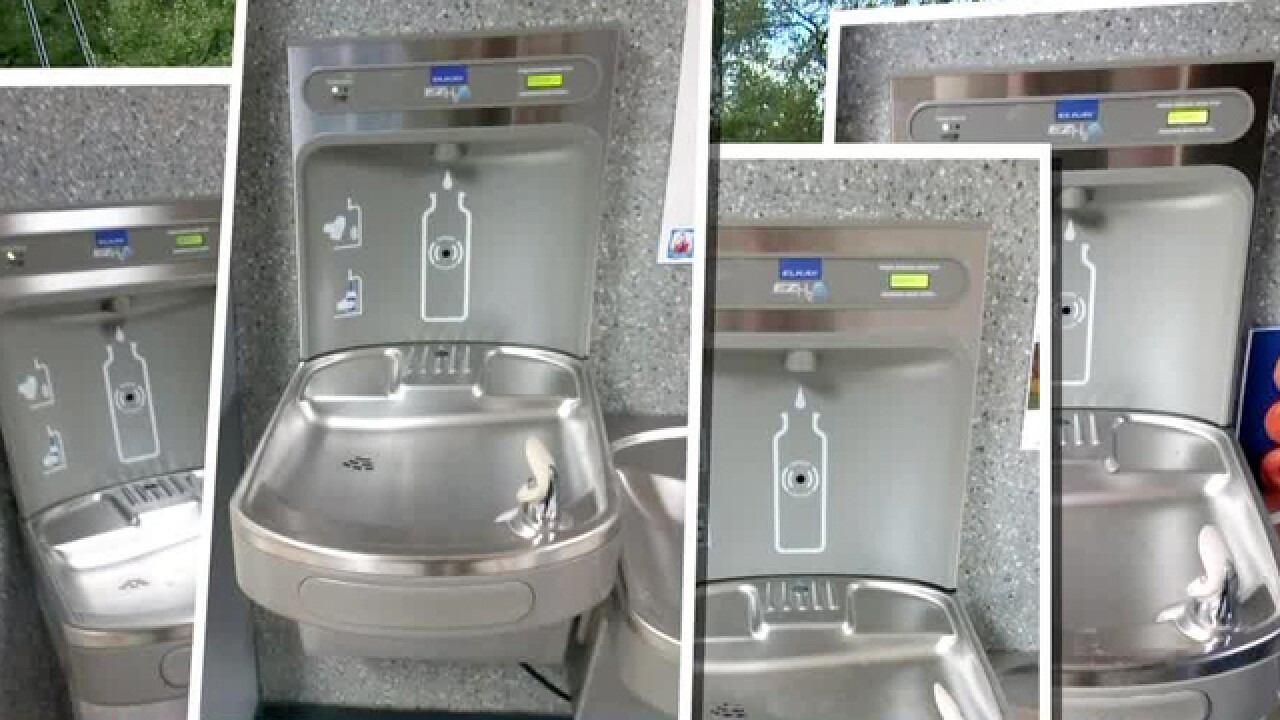 On the heels of a NewsChannel 5 investigation, at least one Metro school now has the filtered water fountains that parents had been fighting for.

That despite claims from a district spokesperson that the filters - designed to filter out toxic lead - are an expensive choice that does nothing to protect children.

NewsChannel 5 Investigates first uncovered a secret recording that led Metro Schools to put its head of facilities on leave while it investigates. It revealed he was stalling new filter installations and trying to figure out how to bypass filters on water stations that had already been installed.

"You should be calling all parents to explain why the district can't find $8,000 to pay for water filters to ensure the water is safe for children to drink," parent Chelle Baldwin told Schools Director Dr. Shawn Joseph during Tuesday night's school board meeting.

"Just think what we could pay for if you drove yourself in a car that got good gas mileage, instead of having somebody else drive you around in a Tahoe," she added.

As Baldwin was speaking, maintenance workers were inside her daughters' school, installing four filtered systems that parents themselves had purchased.

But district spokesperson Michelle Michaud, in an interview with CBS This Morning, claimed it would cost $8,000 dollars per school just to replace the filters.

"It's a huge cost to the district, hundreds of thousands of dollars," Michaud claimed, adding: "That's a price of two teachers salaries."

But go back to the recording, and it's clear that the administrator is calculating the cost of a hundred filters. A list obtained by NewsChannel 5 Investigates shows those filters were scattered across some 30 schools.

"If we were to replace a filter, you're talking," Dennis Neal said, to which one of his employees replied: "$75."

Michaud also argued to CBS This Morning that filters really aren't needed -- since the district has already reduced lead levels below 15 parts per billion.

She claimed the filters don't go any lower than that.

"Those filters are doing a good thing," Michaud said. "They are making the water taste better, but they are not filtering out more lead."

But the companies that make the hydration stations tell a different story.

A fact sheet from the company Elkay notes that, "to be certified, a filter must reduce that level to less than 10 parts per billion."

John Watson, manager of compliance and sustainability for Elkay, said the real results are likely to be even lower.

"It is, by no means, a maximum level of lead reduction," Watson said in an email. "In other words, 10 ppb of lead is the minimum performance level required for certification. So to answer your question, no, that is not all that can be hoped for."

Watson said the company was aware of Michaud's claims and "we too are confused by her statement as it is not correct."

"Our standard actually includes the language '10 ppb or less.'"

John Rumpler, author of a report from the group Environment America that urges schools to get the lead out of their water, says Metro is fooling itself if it thinks that one round of tests means children are in the clear.

"Just because a water fountain or a cooler or a faucet tests below 15 parts per billion in one test does not mean that that water is always going to be at that level," Rumpler said.

Ironically, the hallway outside the spokesperson's office has a newly installed hydration system that's designed to filter out the lead -- a benefit that, Rumpler said, children deserve as well.

"The only way to truly protect against lead in our drinking water is to get the lead out, to remove those lead bearing parts," Rumpler said.

"And, in the interim, these very effective filters can help protect our children."

The school district spokesperson also told CBS This Morning that the district has been completely transparent and it posted all the lead results on its website.

But the truth is, the district has only put up the numbers that they consider to be important.

If you want to see all the results, click here.